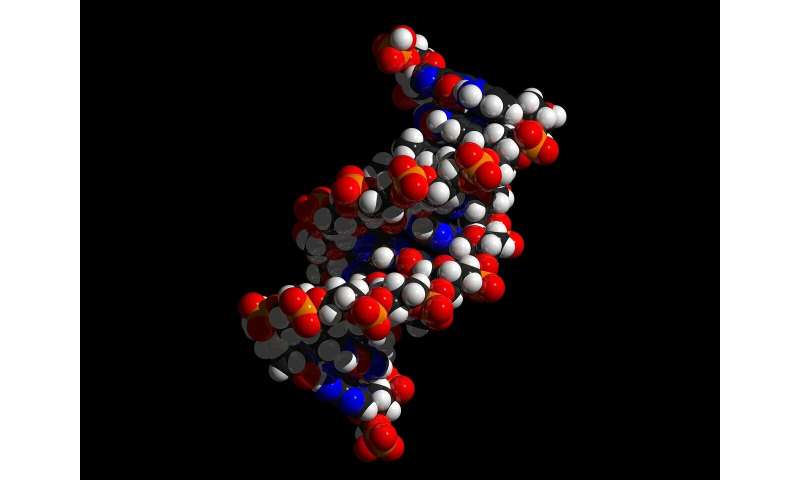 Researchers at KU Leuven in Belgium have developed a technique to make sheep produce new antibodies simply by injecting the DNA building blocks. This approach is much cheaper and more efficient than producing antibodies industrially and administering them afterwards. The study in animals with a similar size as humans brings us a step closer to the clinical use of antibody gene therapy.

Antibodies are a natural and important part of our immune system. They protect us against foreign intruders in the body, such as viruses or bacteria. Additionally, in the past couple of years, researchers have been developing antibodies in the lab to use as a treatment for infectious diseases or cancer, among others. Most immune therapies, for example, use antibodies. However, their production requires industrial bioreactors that can hold tens of thousands of liters of material. It is a complicated and expensive process, and the resulting medicines can cost up to hundreds of thousands of euros per year.

A team led by Professor Kevin Hollevoet and Professor Paul Declerck of the Laboratory for Therapeutic and Diagnostic Antibodies in collaboration with Dr. Nick Geukens of PharmAbs has developed a technique that enables the body itself to produce specific antibodies.

By allowing the body to take over this process, this alternative to the current industrial process can lower the price of antibody therapy drastically. Additionally, the effect of the DNA injection lasts longer, which means that patients would need fewer treatments. As a result, the new technique can increase access to expensive antibody medications.

“Just like other proteins, each antibody has a unique DNA code with building blocks and instructions,” explains Hollevoet. “To get this information into the body, we put the desired code in a specially developed plasmid, which is a circular string of DNA. The plasmid functions as a vehicle for the DNA code.”

The researchers inject this construction kit into the muscles, followed by a few small electric shocks, comparable to a series of pinpricks. The shocks ensure that the muscle cells can take up the DNA. Next, the cells use the instructions from the code to produce antibodies and send them into the blood, from where they can execute their therapeutic effect.

“There have been several successful studies in the past on mice, including by our research group,” says Hollevoet. “But we didn’t know whether this approach would work on humans, since they are much larger in size.” The researchers decided to test the technique on sheep to build a bridge from the lab to the hospital. Sheep are similar to humans in terms of weight, muscle mass and blood volume. During the development and injection of the DNA construction kit, the researchers tried to mimic a clinical setting, in collaboration with Dr. Stéphanie De Vleeschauwer of the KU Leuven Animal Research Center. The sheep’s blood tests show that the produced antibodies were present in the body at levels that indicate they could be used as medication. Moreover, the antibodies could be detected in the blood up to almost a year after the injection.

“The fact that this technique also works in larger animals shows that this kind of treatment could be possible for humans. It’s a milestone for antibody gene therapy,” Declerck says. According to the researchers, sheep can also be used to test potential DNA medications to lower the risk of failure in later clinical trials.

The lab is now working with different research groups and companies to improve the technique. One of the big challenges is to select the most appropriate antibodies. “In principle, we can inject the DNA code of any antibody, but we focus on diseases where this approach can help patients the best,” Hollevoet explains. “Currently, we are mostly focused on cancer treatments, among others immune therapy. We also see possibilities for infectious diseases like HIV and the flu, and neurological diseases like Alzheimer’s. Even though there are still road blocks on the way to using this treatment in humans, the finish line has never been so close.”

Tension immediately solve: With this Exercise, it is possible – Video

Fateful style: A woman is Swimming unconscious – the reason sits in your neck