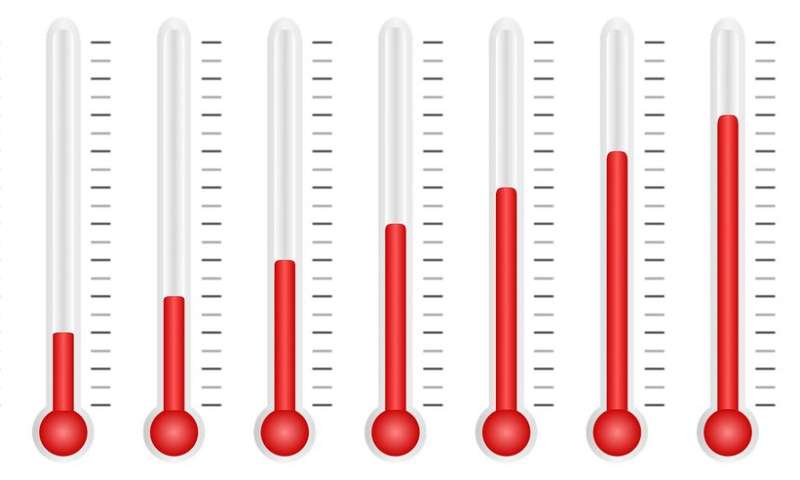 Patients taking diuretics are often at risk for low potassium levels, which can put patients at an increased risk of death from cardiac arrhythmias or other causes. However, researchers from the Perelman School of Medicine at the University of Pennsylvania found that taking prescription potassium supplements can reduce these patients’ risk by nearly 10 percent as daily outdoor temperatures increase—a time when patients may be at highest risk due to loss of potassium while sweating. These findings are detailed in a study published today in BMJ Open.

The drug furosemide, a diuretic known commonly as Lasix, is prescribed to patients with heart failure, high blood pressure, and/or kidney and liver disease, to decrease fluid retention and combat swelling in the arms, legs, and/or abdomen. The drug, like many other diuretics, causes patients to urinate more than normal, leading to lower levels of potassium in the body. These lower levels can be more dangerous when outdoor temperatures are high, as patients often lose additional potassium through sweating.

“We already know that hot outdoor temperatures are associated with increased risk of heat stroke, dehydration, heart disease, respiratory diseases, and higher risk of death overall, but people who take furosemide and have insufficient intake of potassium are at increased risk,” said senior author Sean Hennessy, PharmD, PhD, a professor of Epidemiology and Systems Pharmacology and Translational Therapeutics. “As outside temperatures increase, the apparent survival benefit of potassium also increases.”

The study looked at 1999-2010 data from United States Medicaid patients in California, Florida, New York, Ohio, and Pennsylvania – about 40 percent of total U.S. Medicaid enrollees – making up approximately 20 percent of the total U.S. population. Data was included from those who took furosemide, 40 mg/day or higher and had not been prescribed any furosemide nor diagnosed of hypokalemia – insufficient potassium in the blood— in the previous 365 days.

Among the 337,885 people who took 40 mg/day or more of furosemide, 32 percent of them also took potassium when starting the diuretic. The team linked these data to zip code-level daily temperature data from the National Oceanic and Atmospheric Administration, and compared two groups—one group included patients who took prescription potassium to prevent hypokalemia when beginning furosemide, and the other included patients who did not take prescription potassium when taking furosemide. The team found that across all temperatures, the potassium-taking group experienced a 9.3 percent lower risk of death than the group who did not take potassium. This survival benefit was also higher when daily maximum temperatures were higher.

“These findings suggest that potassium intake may be important for patients taking furosemide, especially on hot days,” said lead author Young Hee Nam, PhD, a post-doctoral researcher in Biostatistics, Epidemiology and Informatics. “It is also important to understand that our findings do not imply that more potassium is better, and do not imply that prescription potassium may be beneficial for all patients. Further studies are needed to find out the generalizability of our findings to other patient populations. The best way to reduce harmful effects of high temperatures on mortality might be to avoid exposure to high temperatures if possible.”