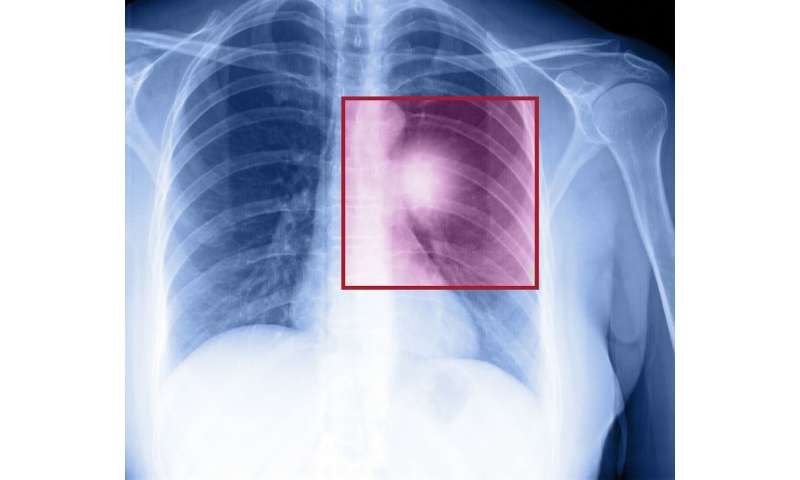 In a study led by UCLA investigators, treatment with the immunotherapy drug pembrolizumab helped more than 15 percent of people with advanced non-small cell lung cancer live for at least five years—and 25 percent of patients whose tumor cells had a specific protein lived at least that long.

When the study began in 2012, the average five-year survival rate was just 5.5 percent for people with that type of cancer.

The study, conducted by researchers at the UCLA Jonsson Comprehensive Cancer Center and more than 30 other centers, was the first to evaluate pembrolizumab as a treatment for lung cancer. The results were featured in a June 1 press briefing at the 2019 American Society of Clinical Oncology Annual Meeting.

“We can no longer look at this disease as one in which we should always be measuring survival in months,” said Dr. Edward Garon, the study’s lead author, an associate professor of medicine at the David Geffen School of Medicine at UCLA and a member of the Jonsson Cancer Center. “These findings substantially alter the outlook for people with advanced non-small cell lung cancer. The fact that we have patients on this trial who are still alive, and thriving, seven years after starting pembrolizumab is quite remarkable.”

The study involved 550 participants, 101 of whom had not received any previous treatments for advanced cancer and 449 who had. All participants were given pembrolizumab, which is marketed under the brand name Keytruda, every two to three weeks.

In 2015, just three years into the study, the participants’ positive early responses to pembrolizumab prompted the Food and Drug Administration to approve the treatment for some people with non-small cell lung cancer. Since then, the drug has been approved for broader use, becoming a staple for managing the disease.

Pembrolizumab is an immune checkpoint inhibitor that works by blocking the interaction between PD-1 and PD-L1, which are both proteins on the surface of T cells. By blocking this interaction, which generally inhibits the body’s immune response, pembrolizumab activates the immune system to better attack the cancer. The researchers found that the drug worked better in people who had higher levels of PD-L1, regardless of whether they had been previously treated for cancer.

For people who had received prior cancer treatment, 25 percent who had PD-L1 expression in at least half of their tumor cells were alive after five years, while 12.6 percent of those with low PD-L1 levels and 3.5 percent with no PD-L1 expression lived that long.

Funding for the research was provided by Merck Sharp & Dohme, a subsidiary of Merck & Co.

According to the National Cancer Institute, lung cancer is the leading cause of cancer deaths in the U.S. and worldwide. Only about one-third of patients see substantial tumor shrinkage with standard chemotherapy, and people with the disease survive for an average of just a year after they are diagnosed. More than 228,000 people this year will be diagnosed with the disease in the U.S. and the American Cancer Society estimates that nearly 143,000 will die of lung cancer in 2019.

When Cary Parton was diagnosed with non-small cell lung cancer in February 2013, he knew he needed extraordinary measures to beat the disease. Cancer had already started spreading all over his body.

Parton immediately began chemotherapy, but after eight weeks of treatment, a CT scan showed that the tumors had actually increased in size. That’s when he met with Garon, who enrolled Parton in the pembrolizumab clinical trial.

Parton started taking the drug in June 2013, and within 10 weeks his tumors had shown a reduction of 40 percent. By February 2014, they had been reduced by 86 percent, and as of April 2019, nearly six years after the study began, Parton’s tumors had shrunk by more than 95 percent.

“It was pretty dramatic,” said Parton, a resident of Seal Beach, California. “This clinical trial was a life saver. To be alive today is pretty miraculous. It’s astounding.”

Parton, who’s now 65 and retired from his work in construction, spends his time at the gym, playing golf, volunteering and enjoying life by the beach.