Diane Kruger and Norman Reedus’ daughter is having a tough time.

“Early (tired) morning, waiting for baby to wake up after a tearful night of teething. #growingpains #poorbaby,” the actress, 43, captioned a Wednesday, September 25, Instagram selfie.

Early (tired) morning, waiting for baby to wake up after a tearful night of teething 🎈#growingpains #poorbaby

She and the Walking Dead star, 50, welcomed their little one in November 2018. The actor is also dad of son Mingus, 19, from his previous relationship with Helena Christensen.

“He just looks at her with unconditional love,” the Cannes Film Festival Award winner said of her boyfriend’s bond with their infant five months after his arrival. “I wish he looked at me like that! … He’s just very great with her.”

The Welcome to Marwen star went on to say that Mingus is a “great” older sibling, adding, “19 years is a big gap, so he’s stepping up to be this protective big brother.”

That being said, she doesn’t have any plans to give the teenager another baby brother or sister. “I’m done [now],” Kruger said. “I think our family is pretty much complete.”

She and Reedus met in 2016 while costarring in Sky and were spotted out as a couple the following year. Us Weekly confirmed in May 2018 that the pair were expecting their first child together. 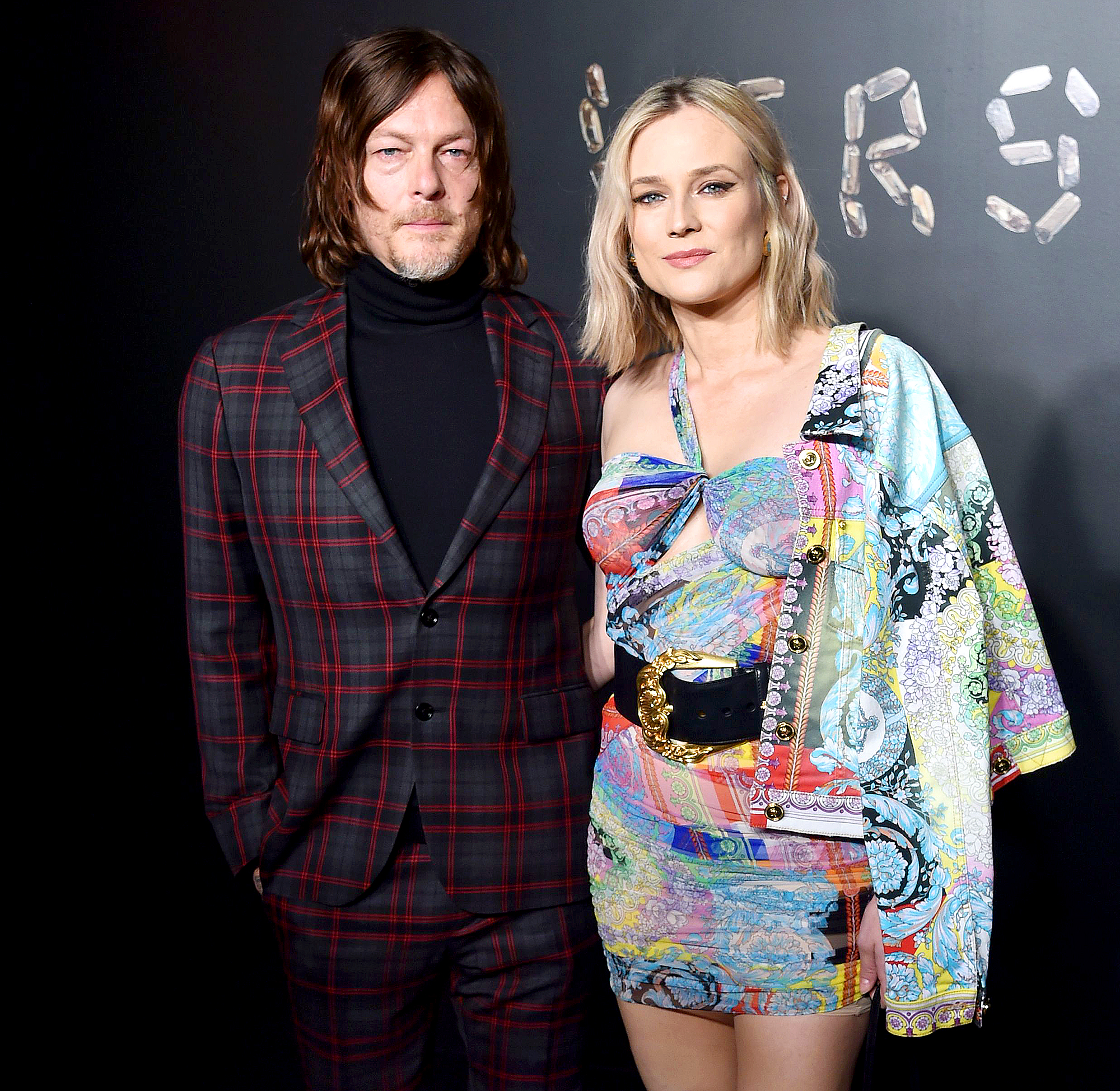 “He’s so calm, and he teaches me a lot because he’s done it before,” the National Treasure star told PorterEdit in January of parenting with the Florida native. “There’s definitely something to be said for being with someone who is doing it for the second time.”

As for Kruger, she’s glad she waited until later in life to become a mom. “I didn’t think I wanted children for a long time,” she told the outlet at the time. “I was too selfish. But by the time I got to about 35, I thought, yes, I probably do want one. But then you have to wait for the right person to come along.”

The German actress and Reedus have yet to reveal their daughter’s name.

Don’t Mess With Mom! Pink Claps Back at Fan Who Criticized Family Dinner

Andy Cohen: This Is How I Lost 12 Pounds

So What If My Kids Are Far Apart In Age?