Chrissy Teigen Opens a New Window. ’s position as social media queen may soon be overthrown — by her exercise-loving hamster.

“The hamster has finally figured out her wheel. Is it possible for her to exercise too much?” Teigen tweeted of her pet rodent, Peanut Butter, on Sunday, April 14. “Should I take the wheel out sometimes? I’m worried she’s about to start a fitness program.”

the hamster has finally figured out her wheel. is it possible for her to exercise too much? should I take the wheel out sometimes? I’m worried she’s about to start a fitness instagram

She followed up by wondering if the furry creature could be working on her bikini body. “Does she actually think she’s going somewhere or does she understand it’s an exercise wheel? I’d feel bad if she really thought she was getting somewhere (other than to a summer body).”

Teigen told her followers in March that she and her 3-year-old daughter, Luna, had purchased the pet hamster Opens a New Window. — much to the chagrin of her husband, John Legend Opens a New Window. . “John is not thrilled, which makes me love her more,” she tweeted. 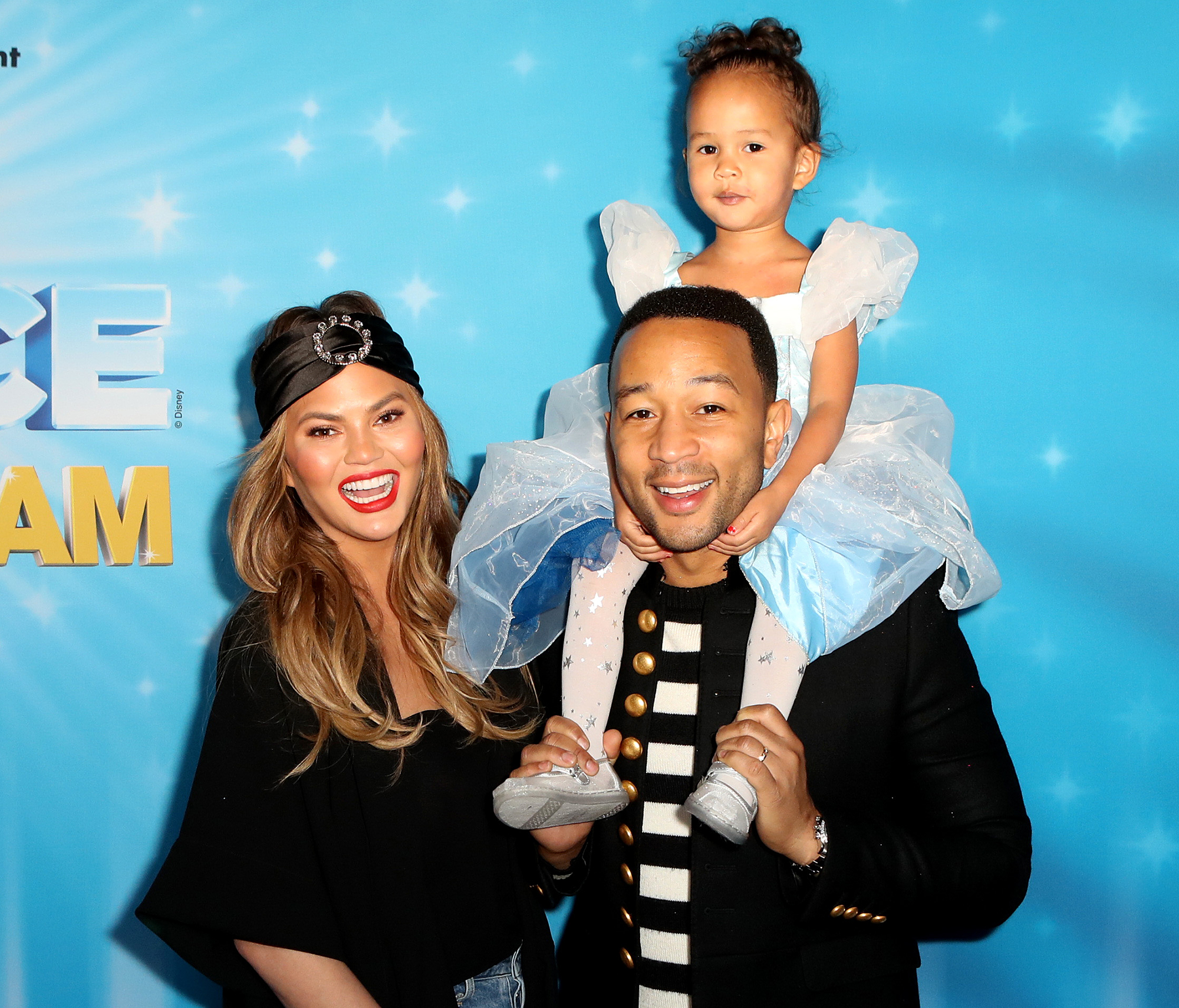 The Cravings cookbook author, 33, is famous for her pithy quips on social media, as well as her heartfelt musings about life and motherhood. In March 2019, the model told her Twitter followers that she had gained 20 pounds Opens a New Window. since welcoming her son, Miles. “He’s 10 months old, I never lost the last bit because I just love food too much,” she wrote. “Just coming to terms with my new normal, when I had this certain number for so long!”

Teigen then added another post-pregnancy body fact: “The thinnest I’ve ever been was right after Luna. Postpartum depression. I’LL TAKE THESE POUNDS AND THIS FEELING!”

The Lip Sync Battle host has maintained her trademark sense of humor and commitment to truth as a mother of two, sharing insecurities and photos of stretch marks Opens a New Window. multiple times on Instagram as well as other changes to her physique with her fans and personal insecurities. In July 2018, she posted a video of herself on Twitter that zoomed in on her midsection. Her caption: “Mom bod alert.”

Though the star is serious about body-positivity, she also keeps things real when it comes to fitness regimens and diets. As a then-pregnant Teigen told Us Opens a New Window. in March 2018, “I think I want to have another baby after this and then get hot.”

Cooking practices during pregnancy may affect hyperactivity in children

If Your Kid is Obsessed With Cubcoats Face Masks, They'll Love These Lookalikes