Raising kids as a single parent is challenging, no matter what. But now that Brendan Fraser has a decade-and-a-half of experience in it, he’s sharing some words of wisdom in a new interview — and it’s incredibly sweet.

The Whale star, who recently won a Critics’ Choice Award for Best Actor for the film, has been a single dad to his sons Griffin Arthur, 20, Holden Fletcher, 18, and Leland Francis, 16, since he and Afton Smith divorced in 2008. In Tuesday’s appearance on The Drew Barrymore Show, Fraser shared some words of wisdom.

“Speaking of priorities changing, I also became a single mother having kids,” host Drew Barrymore, who is mom to Olive, 10, and Frankie, 8, with ex Will Kopelman, told Fraser. “You are a single dad, how did you navigate that? I’m still trying to figure it out seven years later. Any advice?” 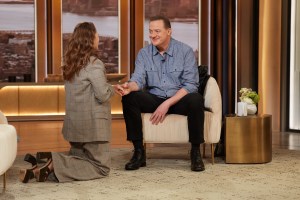 “I think I want to put them first so badly I don’t know how to make room for anyone else,” Barrymore admitted in the interview.

Fraser responded, “At the tender age of 54, right now, I feel like I’m coming into my own after all these years, but I wouldn’t have been able to were it not for them, and the trial and error that you make along the way.” Such empowering advice. The mistakes we made as parents helped us become who we are today, so there’s no need to get caught up in the past. 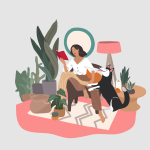 No, I’m Not Afraid of Being Single in My 40s

Recently, Fraser made a rare red carpet appearance with Holden and Leland at a screening of The Whale. The three men looked dapper dressed up for the occasion, with Holden wearing his dark black hair brushed to the side and Leland wearing his long red hair down.

In an interview with Entertainment Tonight in Dec. 2022, Fraser shared how fatherhood has impacted how he makes decisions.

“I have kids now, and that really warrants how I make decisions, what I’m going to do — and, whatever it is that I’m doing, how I feel about what I’m doing,” he told ET.  “Somehow stakes get raised to such a point that something that may seem garden variety or ‘normal’ takes on much more gravity.”

He went on, “I spent the first, I don’t know, 25 years of my career or so making films that I generated all the hope and aspiration and joy from what I believed to be coming from a character or a screenplay, and then some alchemy happens when you have kids and suddenly everything clicks. It somehow raises the stakes and somehow, for me at least, increases the authenticity of what we do.”

Fraser seems to be doing a phenomenal job!

These celebrity exes are getting co-parenting right.

How to Combine Baby Names to Create a Unique & New One

The Duggars: A Comprehensive Guide to the Famous Family

These Mattress Pads Protect Your Child's Bedding From Late-Night Accidents