Something to sing about! Phillip Phillips’ wife, Hannah Blackwell, gave birth to the couple’s first child, a baby boy, on Sunday, November 10.

“Sunday morning our little boy made a fast entrance into the world. I cried more than he did,” Phillips announced via Instagram on Thursday, November 14, with a photo of the newborn. “Hannah was an absolute rockstar in delivery and she has been such an amazing mom these last four days. I’m forever in love with this little kid. He’s changed me so much already.”

The crooner went on to say, “We can’t take our eyes off of him. He’s perfect. Our prayers were answered and this new journey has begun. Welcome, Patch Shepherd Phillips. @hgblackwell”

The American Idol season 11 winner, 29, announced in July that he and his longtime partner, 27, had a baby on the way. “Phillip and Hannah sittin’ in a tree. K-I-S-S-I-N-G! First comes love, then comes marriage, then comes a baby in the baby carriage this fall!” the “Home” singer wrote on Instagram at the time. 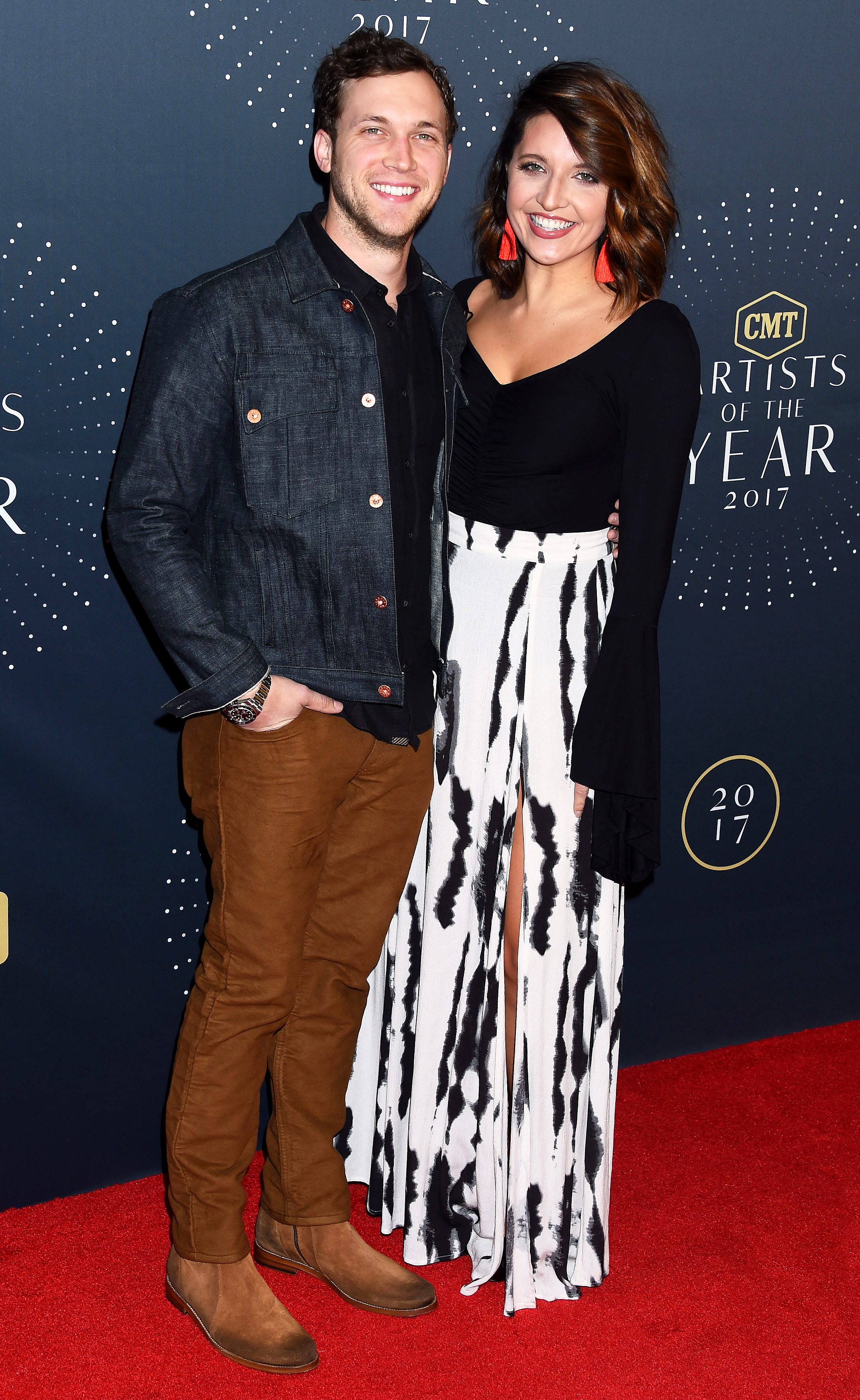 In the reveal, the Georgia native and Blackwell smiled at the camera from the floor, alongside a “Gentleman” onesie and an ultrasound shot.

The pregnant star posted the same pic to her own account, writing, “We’ve been keeping a secret this year. New little guy coming in a few months.”

She and Phillips originally met while volunteering together as teenagers. The pair tied the knot in 2015 in Albany, Georgia, ten months after he popped the question. “My best Christmas surprise is happening,” he wrote on Facebook and Twitter following his December 2014 proposal. “We’re engaged y’all!”

After Phillips won the show in 2012, he gushed to Ryan Seacrest about his then-girlfriend. “She is really excited for me and she’s helped me out a lot through this,” he told the American Idol host, 44. “Love her, love her to death.”

Phillipps honored Blackwell with a sweet social media shout-out on their third wedding anniversary in October 2018. “It’s been 3 years since we got hitched,” he captioned a photo of them singing. “I sure do love having you as my best friend, my inspiration and my lover. Thank you for saying, ‘I do,’ because if you didn’t that would have been pretty awkward. I love you.”

In Germany, mothers are getting older