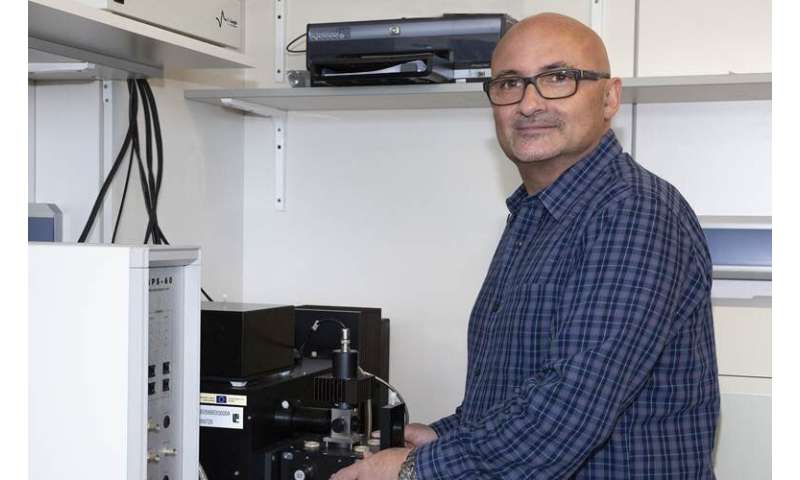 Iban Ubarretxena, an Ikerbasque researcher and director of the Biofisika Institute (CSIC-UPV/EHU), participated in a study that identified new inhibitors that could be used to develop drugs to combat Parkinson’s. The research has been published in Cell Research.

Parkinson’s is the most common, chronic neurodegenerative movement disorder affecting 1 percent of the global population over 70 years of age. Right now, there is no cure for this disease, and the available treatments focus on addressing its symptoms but not its progression.

Although most cases of Parkinson’s are sporadic, the inheritable variants of the disease are mainly associated with mutations of the gene that encodes the LRRK2 enzyme. In 2004, an international research team established the link between one of the mutations in this enzyme and patients diagnosed with the disease.

The LRRK2 enzyme, also called “Dardarina,” the Basque word meaning “tremor,” has become one of the most attractive therapeutic targets for developing new drugs to combat inheritable Parkinson’s. Neurotoxicity and the pathogenic effects as a whole associated with LRRK2 are mainly due to the fact that pathogenic mutations increase its kinase activity, which has prompted an international race to develop inhibitors. Right now, specific, powerful inhibitors of the kinase activity of LRRK2 do, in fact, exist. Yet many of them cause undesirable side effects or produce very unclear clinical results.

This research, conducted by Iban Ubarretxena, together with an international research team, has revealed that AdoCbl, one of the active forms of vitamin B12, acts as an inhibitor of the kinase activity of LRRK2 in cultured cells and brain tissue. It also significantly prevents the neurotoxicity of the LRRK2 variants associated with Parkinson’s in cultured cells of primary rodents, as well as in various genetically modified models used to study this disease.

Travelling with a Child Who Has Autism