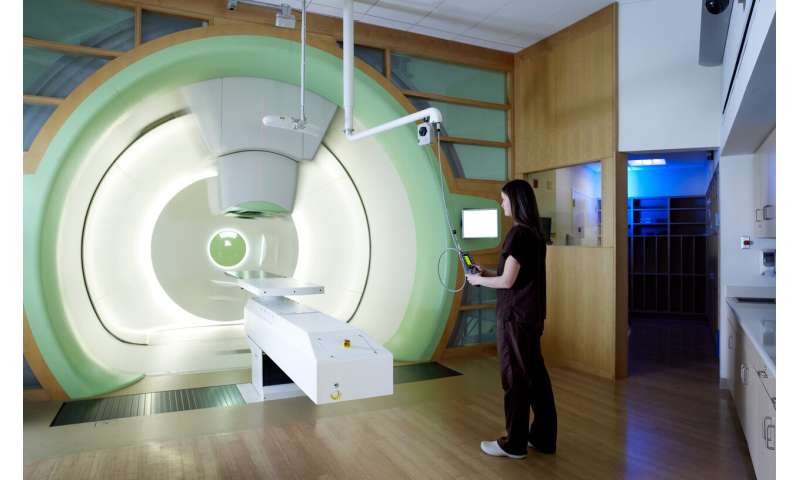 From improving outcomes in children with brain cancer to lowering the risk of damage to the brainstem in children with central nervous system tumors, a pair of new studies published today add to the growing body of research showing the potential benefits of proton therapy. The first study, published in Pediatric Blood and Cancer, found that very young children who received proton therapy for medulloblastoma had higher rates of overall survival and recurrence free survival compared to patients who received intense chemotherapy without radiotherapy. The second study, published in Acta Oncologica, showed children with central nervous system tumors who received proton therapy with a newer technique called pencil beam scanning experienced a significantly lower rate of brainstem damage than patients treated with older proton techniques. Both studies were led by Christine Hill-Kayser, MD, an associate professor of Radiation Oncology at the Perelman School of Medicine at the University of Pennsylvania, a member of Penn’s Abramson Cancer Center, and a pediatric oncologist in the Cancer Center at Children’s Hospital of Philadelphia (CHOP).

Proton therapy has key differences from traditional photon radiation. Photon radiation typically uses multiple X-ray beams to attack a tumor target but unavoidably deposits radiation in the normal tissues beyond the target, potentially damaging those tissues as the beam exits the body. Proton therapy is an FDA-approved treatment that directs positively charged protons at the tumor, where they deposit the bulk of the radiation dose, with minimal residual radiation delivered beyond the target, potentially reducing side effects and damage to surrounding tissue.

The first study focused on children with newly diagnosed medulloblastoma—a cancer at the base of the skull. Older children—between the ages of four and 18—with the disease generally receive radiation to the entire brain and spine; however, this treatment can be very toxic to the developing brains of very young children—ages four and younger. The youngest children with this disease thus typically receive intense chemotherapy regimens rather than radiation, but they can often relapse, and previous studies have shown the highest risk of relapse is tied to an area called the posterior fossa—the part of the base of the skull where the tumor is primarily located.

Researchers evaluated 14 young children who received proton therapy following surgery and chemotherapy. They found the five-year rate of overall survival was 84 percent, while the rate of recurrence-free survival was 70 percent. Historical data shows both rates are usually only between 30 and 60 percent in very young patients who do not receive radiotherapy.

“Our study, while small, shows promising outcomes when we use proton therapy to target just the area of surgery in these cases as opposed to radiating the whole brain and spinal areas,” said the study’s lead author Amardeep Grewal, MD, chief resident in Radiation Oncology at Penn.

The authors say further research is needed given the small cohort.

The second study deals with a new proton technique called pencil beam scanning (PBS), which is more effective at sparing healthy tissue than older proton techniques such as double scattered or uniform scanning. This study evaluated 166 patients with pediatric central nervous system tumors and found that at 24 months, the rate of patients experiencing brainstem tissue damage from PBS proton therapy is 0.7 percent. This is much lower than rates of serious brainstem toxicity historically reported in the literature after treatment with double scattered proton therapy.

“The effect of proton therapy on the brainstem has been a subject of much debate, but our data show that pencil beam scanning proton therapy does not increase the risk compared to conventional photon techniques,” said the study’s lead author Jennifer Hyatt Vogel, MD, who completed this work while she was a resident at Penn.

The authors say these data warrant further study, especially in high-risk patients and patients who have had prior radiation therapy.

Glass-coated catheters could wipe out infections and save NHS millions

The joy of giving lasts longer than the joy of getting