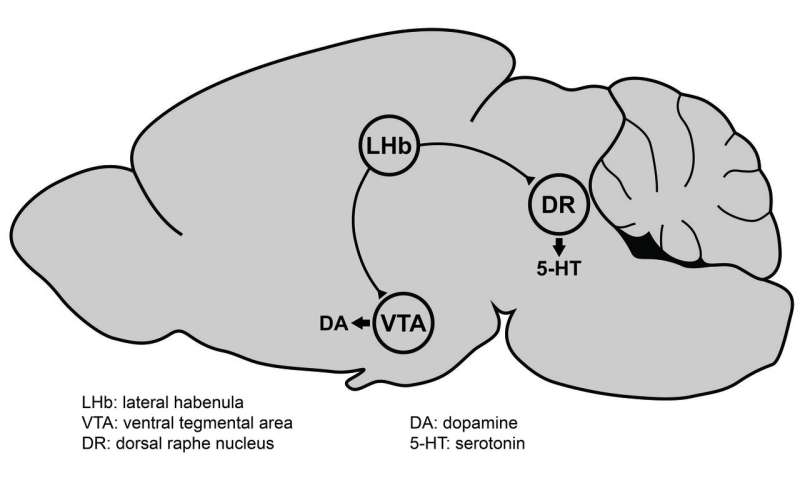 Researchers at the University of California, Berkeley, have identified biomarkers —genes and specific brain circuits in mice—associated with a common symptom of depression: lack of motivation.

The finding could guide research to find new ways to diagnose and potentially treat individuals suffering from lack of motivation and bring closer the day of precision medicine for psychiatric disorders like depression.

Depression is the most prevalent mental health disorder in the world, affecting around 9% of the American population each year, and is among the top causes of disability in the workplace. Depression symptoms can differ significantly between patients who have the same depression diagnosis, and the lack of a connection between symptoms and treatments is a main reason that about half of all people with depression fail to respond to medication or other therapies, and that side effects of these medications are common.

“If we had a biomarker for specific symptoms of depression, we simply could do a blood test or image the brain and then identify the appropriate medication for that patient,” said Stephan Lammel, a UC Berkeley assistant professor of molecular and cell biology. “That would be the ideal case, but we are far away from that situation right now.”

Now, for the first time, Lammel and his team have identified genes in a brain region—the lateral habenula—that are strongly turned on, or upregulated, in mice that show reduced motivation as a result of chronic stress. This brain region in mice is not associated with other depression symptoms, including anxiety and anhedonia, the inability to feel pleasure.

“We think that our study not only has the potential to transform how basic scientists study depression in animals, but the combination of anatomical, physiological and molecular biomarkers described could lay the foundation for guiding the development of the next generation of antidepressants that are tailored to specific depression symptoms,” Lammel said.

Lammel is senior author of a paper describing the discovery that appears this week in the journal Neuron. The study was led by first author Ignas Cerniauskas, who is a UC Berkeley graduate student.

Connecting cause with symptom

Lammel and Cerniauskas work on mouse models of depression that have been a mainstay of basic research on this disorder for the past 60 years. Putting mice under constant stress produces at least three common symptoms of human depression—anxiety, lack of motivation and loss of pleasure—that scientists study to try to understand in humans.

Until now, however, researchers have sought answers by disregarding the variability of symptoms and instead categorizing all mice as either stressed (“depressed”) or non-stressed (“not depressed”). Cerniauskas and Lammel wanted to try to find changes in the brain that were associated with each specific symptom.

“Unfortunately, depression treatment is currently often based on guesswork. No one treatment works for everyone, and no one has objective data on how to differentiate the enormous variability of depression symptoms and subtypes,” Lammel said. “If we understand specifically how the brain changes in those animals with one certain type of symptom, there may be a way we can specifically reverse these symptoms.”

In response to a recent small clinical study in which doctors electrically stimulated the lateral habenula and found symptom improvement in depressed patients who were resistant to other therapies, Lammel and Cerniauskas decided to investigate that area of the brain. The lateral habenula has received increasing attention in the last few years, in part because it is connected to the dopamine and serotonin systems in the brain, both of which are known to be involved in depression. The most common drugs currently used to treat depression are serotonin reuptake inhibitors (SRIs) such as Zoloft and Prozac.

His team subsequently identified the specific synapses, cells and circuits in the lateral habenula that are altered by chronic stress in these particular mice, and in collaboration with Csaba Földy and colleagues at the University of Zürich, they found genes that are overexpressed as well.

Lammel and Cerniauskas are currently working with the Földy lab to use CRISPR-Cas9 to interfere with or completely knock out these genes to determine which ones are critical to the overactivity of the lateral habenula cells causing lack of motivation. This could potentially lead to drugs to interfere with those pathways, reduce activity of the cells in the lateral habenula and increase motivation.

They also plan to look for biomarkers of other symptoms of depression, including anxiety and anhedonia.