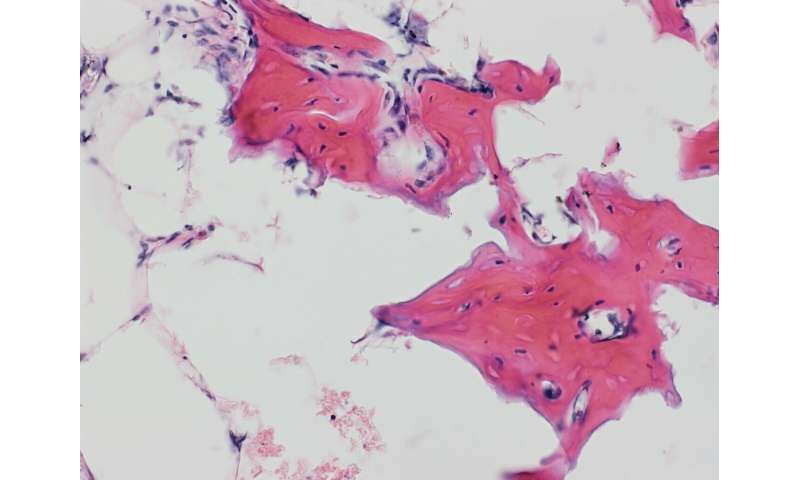 Research led by Johns Hopkins investigators has uncovered the roles of two types of cells found in the vessel walls of fat tissue and described how these cells may help speed bone repair.

The study found that one of these perivascular stem cell types, pericytes, induces growth of new blood vessels, while another type, adventicytes, induces the formation of bone cells called osteoblasts. In laboratory tests, researchers found that the two types of cells did a better job promoting bone repair in mice with skull defects when they were used together than when either type was used alone. A description of the work was published online Jan. 7 in the journal NPJ Regenerative Medicine.

Bone defects from trauma, cancer or congenital reasons are common, but beyond a certain size, bone deficits cannot heal on their own, says senior study author Aaron James, M.D., Ph.D., associate professor of pathology at the Johns Hopkins University School of Medicine. Cells taken from fat tissue have been tried in tissue engineering studies for bone repair, but some results have been disappointing, he says.

“A prevailing theory in stem cell therapies derived from fat is that a heterogeneous cell population somehow works in concert to speed tissue regeneration, like different instruments in an orchestra playing in unison,” James says. “But the cellular or molecular mechanisms behind this theory have not been defined.” The current study tried to isolate specific subpopulations of cells to try to determine which would work best. “This study shows that two different cell populations—pericytes and adventicytes—can be used to regenerate tissue in a sort of beneficial duet,” James says, with distinct but complementary roles. 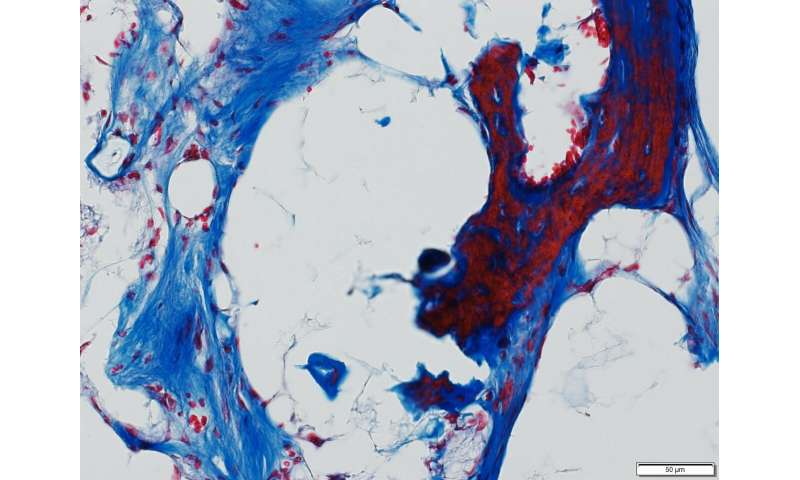 James and colleagues isolated pericytes and adventicytes from human liposuction specimens. To determine the functions of each cell type, they applied pericytes and adventicytes in equal numbers alone and in combination with nonhealing skull defects in mice. Then they used microcomputed tomography imaging (used for high-resolution assessment of bones and soft tissue) eight weeks later to study the amount of bone repair. Bone formation was just patchy in the mice given either one of the cell types, but was much more robust in the mice that received both cell types as a combination therapy.

“Given these distinct but overlapping roles in bone repair, future use of a combination progenitor cell therapy may be effective,” James says. “Although our study used equal numbers of each type of cell, it will be important to study whether different ratios of these two cell types can support even more dramatic bone repair.”

What is a Cluster Headache?