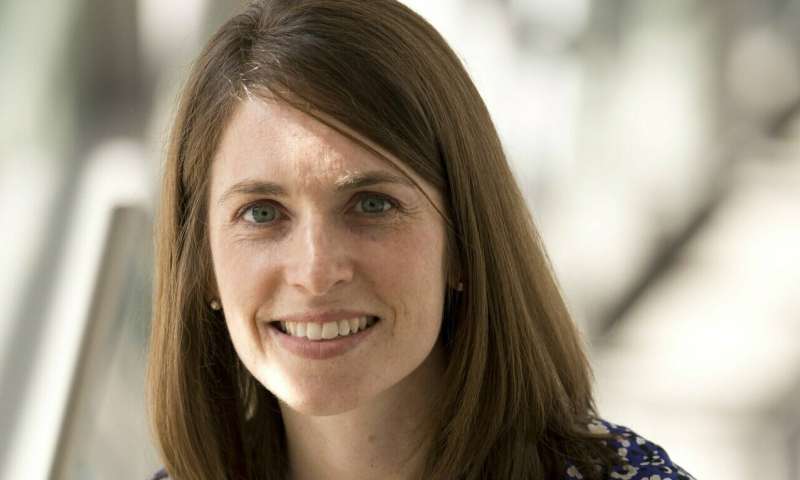 In the largest study to date on phthalates and postmenopausal breast cancer, a University of Massachusetts Amherst cancer epidemiology researcher found no association between breast cancer risk and exposure to the plasticizing and solvent chemicals used in such common products as shampoo, makeup, vinyl flooring, toys, medical devices and car interiors.

Published in the Journal of the National Cancer Institute, the research “rules out any extreme increase in risk,” but still leaves open the question of whether some relationship exists between phthalate exposure and breast cancer, says Katherine Reeves, associate professor in the School of Public Health and Health Sciences.

“Our research has raised almost as many questions as it’s answered,” says Reeves, whose study was funded with a three-year, $1.5 million grant from the National Institute of Environmental Health Sciences. “I think this is an important contribution to the literature, but there’s still a lot more work to be done, including looking at younger women.”

Virtually everyone in the United States is exposed to phthalates in varying degrees, primarily by eating and drinking food and liquid that has come in contact with products containing the chemicals, according to a Centers for Disease Control and Prevention fact sheet. After ingestion, the body breaks down phthalates into metabolites that are quickly excreted in urine and can be analyzed. “If you’re excreting more, likely you are exposed to more,” Reeves says.

UMass Amherst researchers examined levels of 11 phthalate metabolites in urine samples from 419 women who were diagnosed with invasive breast cancer after Year 3 of the WHI. They also studied samples from 838 healthy women who didn’t develop breast cancer.

Two or three urine samples from each participant—from baseline, Year 1 and Year 3—were measured, addressing two of the challenges of studying phthalate exposure, Reeves says. Previous studies examined urine samples after a breast cancer diagnosis, when exposure could have come from medical equipment or medication. In Reeves’ study, “the samples were collected when everyone was healthy, so that gave us samples that were free of concern that differences in exposure could be related to the diagnosis and treatment.”

In addition, analyzing several urine samples was expected to increase the chances of having a more accurate picture of exposure. Half of phthalate metabolites are excreted in urine within 12 to 24 hours of exposure, Reeves says. “If you’re relying on a single measurement, you may be misclassifying people and either getting no association or the wrong association.”

Even though researchers analyzed several urine samples from each person taken a few years apart, Reeves says the study had limitations. “People’s phthalate exposure changes quite a bit over time, and this makes it challenging to characterize the people who are the most exposed and who are the least, which is what we need to be able to do in order to evaluate whether higher phthalate exposure is related to breast cancer risk,” Reeves says. “Using two to three samples per person helped, but it wasn’t fully able to overcome that challenge.”

Reeves says future research would benefit from studying younger women. “The most critical time for breast cancer development is in previous years. Looking at women in their 50s and 60s may not be the most important exposure period,” she says.

Additional urine samples—perhaps 10 to 20—would allow researchers to more accurately characterize exposure as low, medium or high. The study also recommends future research should take a closer look at postmenopausal women not on hormone replacement therapy because “some potentially positive, yet not statistically significant” associations were noted between the level of phthalate metabolites and breast cancer risk in this subgroup.

When mosquitoes are biting during rainy season, net use increases, study finds

Brain Inflammation in Patients with Fibromyalgia