Sepsis is a potentially fatal condition brought on by the body’s exaggerated reaction to an infection. It can be caused by common infections, such as influenza, by bacteria, virus, fungi and sometimes parasites.

Lactate is a by-product of cellular respiration and is often elevated in sepsis. However, how exactly the elevated levels of lactate are brought on or why is up for debate. 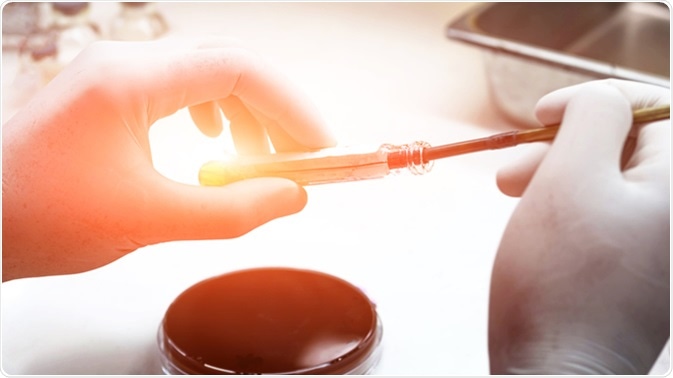 Lactate is formed in the body by anaerobic glycolysis, which is when cell respiration occurs without oxygen.

This is most common in muscle tissue but can occur all around the body. In normal conditions, lactate, which can be further transformed to lactic acid, is cleared by the liver. An increase in lactate levels can therefore be caused by increased production, decreased clearance, or both.

Epinephrine binds receptors which stimulate cAMP production, leading to activation of sarcolemmal Na+-K+-ATPase. This pump is fueled by the glycolytic pathway, therefore creating a direct link between the ATPase pump and lactate production.

This evidence then suggests that elevated lactate can be due to increased lactate production, but not caused by insufficient oxygen supply.

The notion that the ATPase pump has a central role in elevated lactate levels in septic patients has gained popularity.

Comparative studies of the lactate levels in muscle and plasma have indicated that the muscles are responsible for the majority of lactate produced in septic shock patients, and that this can be stopped using an ATPase blocker.

Lactate as a Prognostic Tool

In 1964 it was noticed for the first time that elevated lactate levels were associated with fatal outcome to septic shock.

Sepsis and septic shock are often characterized by dysfunctional circulation in the body and tissues, as well as decreased absorption of oxygen and nutrients by tissue. All of these affect respiration and can thus affect lactate levels.

Apart from forming a useful marker of sepsis, elevated lactate levels can indicate how serious the septic shock is.

Lactate levels at or above 4.0 mmol/L, considered a high level of lactate until recently when the cut off was lowered to 2 mmol/L, has been associated with mortality rates of 28.4%. Similarly, clearance of lactate can indicate seriousness of sepsis.

Patients with high lactate levels who then cleared it to a lower level (below 2.5 or 4 mmol/L, depending on study design) had a higher chance of surviving than patients whose levels remained more static.

This does not only apply to patients with septic shock. Even those with intermediate lactate values and no shock condition face considerable mortality rates.

A study on septic shock patients found that when lactate levels improved by 10%, the chance of mortality decreased to 11%. This same pattern was seen for sepsis patients not experiencing septic shock or the need for critical care.

Despite its valuable use as an indicator of sepsis, lactate levels are not a guaranteed prognostic measure.

While normal levels of lactate are often seen as a good sign, this can be a false negative for sepsis. A study of patient with vasodepressor-dependent septic shock showed that 45% of patients did not have elevated lactate levels initially but did retain high mortality.

In fact, their lactate levels did not exceed 2.4 mmol/L, when above 4 mmol/L is considered very high. The reason for this is not well understood, however it can be due to confounding injuries.

The association between high lactate and liver disease means there can be a cofounding effect at play which deceives an otherwise usable indicator of sepsis.

Lactate-focused resuscitation protocols have shown promise in critically ill sepsis patients, including those patients with highly elevated lactate levels. The effect this could have with moderate sepsis patients is not yet known.

Sara is a passionate life sciences writer who specializes in zoology and ornithology. She is currently completing a Ph.D. at Deakin University in Australia which focuses on how the beaks of birds change with global warming.

Can an Active Lifestyle Improve Recovery After a Spinal Cord Injury?