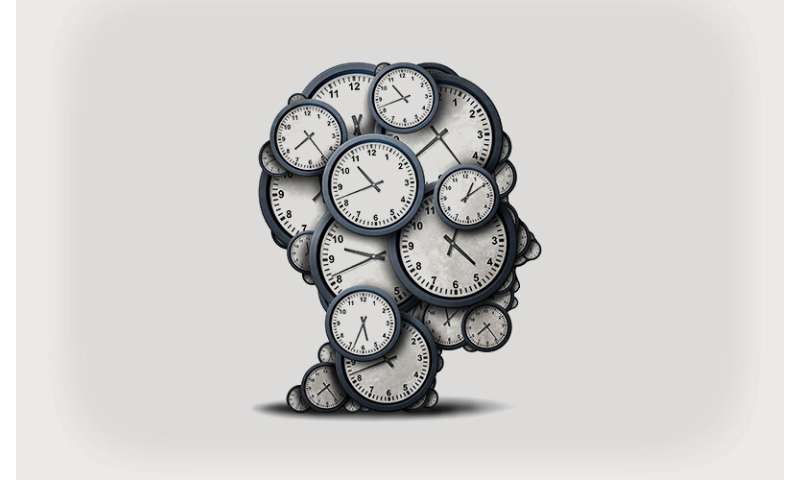 Time can be measured in many ways: a watch, a sundial, or the body’s natural circadian rhythms. But what about the sexual behavior of a fruit fly?

“If you ask a bunch of scientists whether animals can keep time, many would say they cannot, that things happen over time—but time itself is not measured,” says Michael Crickmore, Ph.D., a researcher in Boston Children’s Hospital’s F.M. Kirby Neurobiology Center whose laboratory studies motivation. But in new research published in the journal Neuron in collaboration with the lab of Dragana Rogulja, Ph.D. at Harvard Medical School, he shows that the mating behavior of fruit flies is not haphazard. Instead, motivation and behavior are under the control of neurons that track time.

Crickmore uses the mating drive in male flies to study how motivations are produced by the brain.

Fruit fly matings certainly appear to be timed. In earlier research, Crickmore discovered that if left undisturbed, a male will mate with a female for an average of 23 minutes from start to finish—almost never more than 27 minutes or less than 19.

“But if you challenge the flies with extreme heat during mating, the male has to make a decision,” he says.

The male could decide to stop mating and fly away, but before six minutes he will never do that. Instead, he is willing to sacrifice his and his partner’s life because the sperm isn’t transferred until six minutes into mating. If he persists he’s likely to sire over fifty progeny, providing a strong evolutionary prerogative to brave the danger.

“At six minutes, he will have a change in his psychological state, his motivation,” Crickmore says. “After transferring sperm he will keep sending other useful proteins over to the female, but clearly he doesn’t think they’re very important because if something bad happens, he’s out of there.”

Crickmore’s team wanted to know more about what goes on in the male’s head and how he knows when his six minutes—or 23 minutes—are up.

Crickmore’s lab discovered that an enzyme famous for its role in memory, CaMKII, is the six-minute timer. “CaMKII might be the most well-studied enzyme in neuroscience,” Crickmore says. “It is mostly thought of as a memory molecule, but we think what it really does is hold information over long timescales, either for memory or for timing other brain processes.”

What his team learned is that CaMKII, also found in the neurons of humans and other mammals, gets activated in four specific neurons when mating begins and remains active for six minutes.

“The sustained activity of CaMKII in these four neurons delays sperm transfer and the change in motivation for six minutes,” he says. “It has a defined starting point and ticks down in a reproducible manner—just like a timer.”

Also like a clock, the CaMKII enzyme is made up of 12 subunits that form a circle. Once activated, each subunit activates its neighbors to maintain activity even after the triggering signal has faded away. While this research centers solely on those first six minutes of mating, Crickmore plans on digging deeper into the remaining 17 minutes of mating. He suspects that this other timing system may also use CaMKII, in different neurons and with different settings, like plugging in a different number into the timer on your phone. 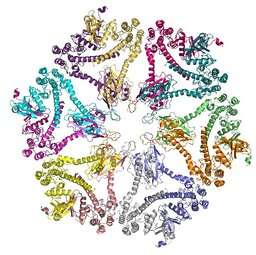 Behavior is organized by time

Most behaviors take millions of times longer than the time it takes for neurons to fire. “But this is the first clear example that a behavior is organized using time itself, as opposed to just one thing happening after another,” Crickmore says.

Since the structure of CaMKII is almost identical in humans, flies, and even the most simple animals, Crickmore believes it might be helpful for understanding lots of human behaviors.

“Our lives are organized in reproducible ways over long time scales,” he says. “We may just be doing one thing after another, but it also may be that our motivations have timers built in to them to help us realize when we should switch behaviors.”

The clock on the wall does not make us do anything, but it helps us organize our lives. A glance at a clock can motivate us to make a change; whether to get out of bed, make dinner, or feed the dog.

Child anxiety could be factor in school absences, research concludes