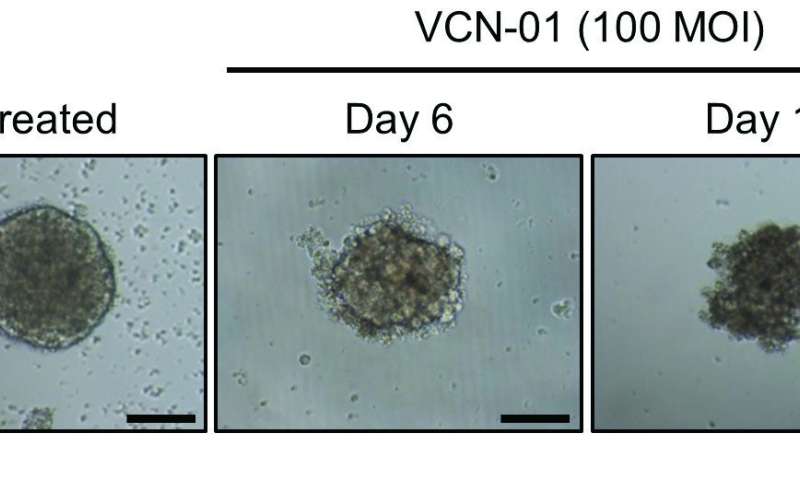 An international team of researchers reports that modifying an adenovirus a certain way made it an effective tumor killer in mice with retinoblastoma. In their paper published in the journal Science Translational Medicine, the researchers describe modifying the virus and testing its effectiveness in treating retinoblastoma.

Retinoblastoma, as its name implies, is a cancer of the retina. It is most common in children under three years of age. Prior research has shown that it occurs due to inactivation of the RB1 gene, which is normally involved in tumor suppression. Treatment usually entails chemotherapy, which itself can damage the retina. If such treatment is unsuccessful, one or both eyes must be removed to prevent the tumor from spreading and killing the patient. In this new effort, the researchers have taken an entirely new approach to treating the disease—genetically modifying a virus to seek out the tumor and kill it.

The virus, an adenovirus that can cause mild respiratory infections in humans, was genetically modified to infect and kill only cancer cells harboring the inactive RB1 pathway. The researchers injected samples of the virus into the eyes of healthy rabbits to find out if it was safe for use. They report the rabbits experienced inflammation and excess fluid buildup in the eye, but the virus did not spread and symptoms dissipated within six weeks. Pleased with these results, the researchers then injected the virus into the eyes of retinoblastoma mouse models. They report that doing so doubled the eye survival time rate versus mice that received no treatment. They further report that eye survival time was also twice as long as mice treated with chemotherapy. 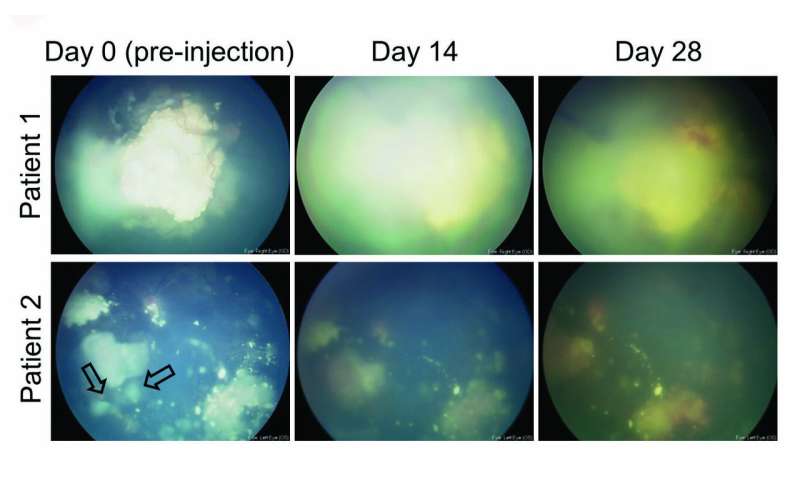 The researchers also tested the virus on two human patients—two children with retinoblastoma who were not responding to chemotherapy—and found that though it delayed the removal of their eyes, it did not prevent it. They believe higher doses of the virus would be more effective, and are planning to begin clinical trials as soon as possible with children unresponsive to chemotherapy who are facing eye removal. 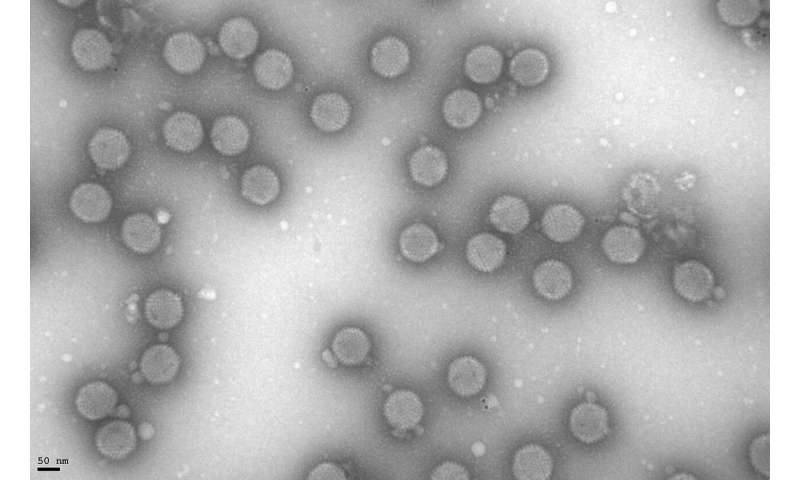