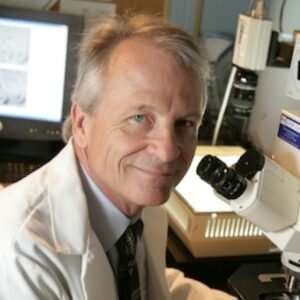 “Recognizing gender differencess in social reward processing is essential for understanding sex differences in the occurrence of many mental health diseases and the development of gender-specific treatments for psychiatric and neurodevelopmental disorders such as autism, substance abuse and schizophrenia,” said Dr. Elliott Albers, director of the Center for Behavioral Neuroscience and Regents’ Professor of Neuroscience at Georgia State, who led the research team.

The research team discovered that while OT acting within the “reward circuit” in the brain is essential for the rewarding properties of social interaction in both males and females, females are more sensitive to the actions of OT than males. The team also found that as the intensity of social interactions increases among females, these interactions become more rewarding up to a point and then are ultimately reduced (for example, there is an inverted U-shape relationship among OT, social reward and neural activity).

The findings are published in the journal Neuropsychopharmacology.

OT receptors in the brain play a major role in regulating many forms of social behavior as well as pair bonding. Social neuroscience literature indicates social support reduces drug use, ameliorates stress and can predict better mental health outcomes in the treatment of various psychiatric disorders. Prominent sex differences exist in the prevalence and clinical course of many of these disorders. For example, women typically have higher rates of depression and anxiety disorders, while men more often suffer from autism and attention deficit disorder. Despite substantial sex differences in the expression of social behavior and the incidence of these mental health disorders, little is known about how the brain mechanisms underlying these phenomena differ in females and males.

Recognizing this gap in the knowledge base, the team investigated the sex-dependent role of OT receptors within the ventral tegmental area of the brain of male and female rodents. More specifically, they explored whether OT receptors mediated the magnitude and valence of social reward and if this mediation differed by gender. They used several preference tests to measure the rewarding properties of social interactions.