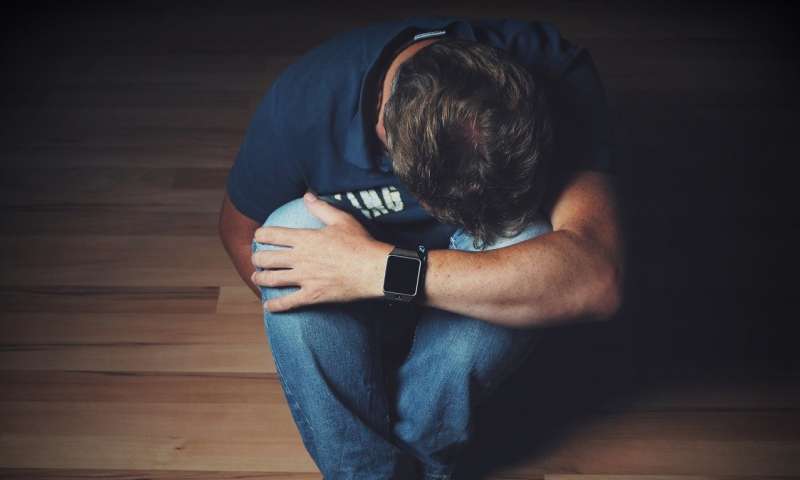 Early life trauma may affect the structure of the brain in a way that makes clinical depression more likely to be severe and recurrent, according to a two-year observational study of 110 patients published in The Lancet Psychiatry journal.

Previous studies have suggested an association between maltreatment and altered brain structure, while others have identified an association between maltreatment and major depressive disorder. This is the first study that directly establishes a link between maltreatment experiences, brain structural alterations and clinical course of depression. It is also the first to shed light on the physical changes to the brain that might be involved. So-called “limbic scars” have been identified in patients before, but they have taken a different form to the alterations seen in the new research.

All participants in the current study, aged 18 to 60 years, had been admitted to hospital following a diagnosis of major depression and were receiving inpatient treatment. They were recruited to the study between 2010 and 2016. The severity of their symptoms was assessed using questionnaires and interviews at two time points (at the time of initial recruitment and at a two-year follow-up visit) and all participants underwent a structural MRI scan at recruitment. The presence and level of childhood maltreatment was also assessed via a questionnaire.

Results from MRI images suggest that both childhood maltreatment and recurring depression are associated with similar reductions in surface area of the insular cortex—a part of the brain believed to help regulate emotion and self-awareness. The findings suggest that the observed reduction could make a future relapse more likely. Childhood maltreatment is one of the strongest risk factors for major depression.

“Our findings add further weight to the notion that patients with clinical depression who were mistreated as children are clinically distinct from non-maltreated patients with the same diagnosis,” says Dr. Nils Opel from the University of Münster, Germany, who led the research. “Given the impact of the insular cortex on brain functions such as emotional awareness, it’s possible that the changes we saw make patients less responsive to conventional treatments. Future psychiatric research should therefore explore how our findings could be translated into special attention, care and treatment that could improve patient outcomes.”

Patients were divided into those who did not experience any relapse in the two-year period (35 people—17 men and 18 women) and those who experienced at least one additional depressive episode (75 people—35 men and 40 women). Of the 75 patients in the relapse sample, 48 had experienced one additional episode, seven reported two episodes, and six experienced three episodes, while 14 had a remission period of less than two months and could therefore be regarded as having chronic depression. Childhood maltreatment was significantly associated with depression relapse.

In past research, longitudinal studies have only explored clinical state at the time of follow-up and have not considered clinical symptoms between assessments. For the new study, researchers assessed information on depressive symptoms over a full two-year period. Two years after they were recruited, all participants were invited to take part in a follow-up assessment in which symptoms within the full two-year period were assessed retrospectively.

The authors note that a limitation of this work is that experiences of childhood maltreatment and depressive symptoms were assessed retrospectively and therefore could be subject to recall bias.

Writing in a linked Comment, Dr. Lianne Schmaal from the University of Melbourne, Australia, says: “A key remaining question is whether, in the sample investigated in the study by Opel and colleagues, the observed reduction in insular surface area reflects a stable trait or normalises over time with remission of depression, since in their previous study the researchers only reported how longitudinal changes in cortical thickness—but not surface area—fluctuate with depression relapse.”