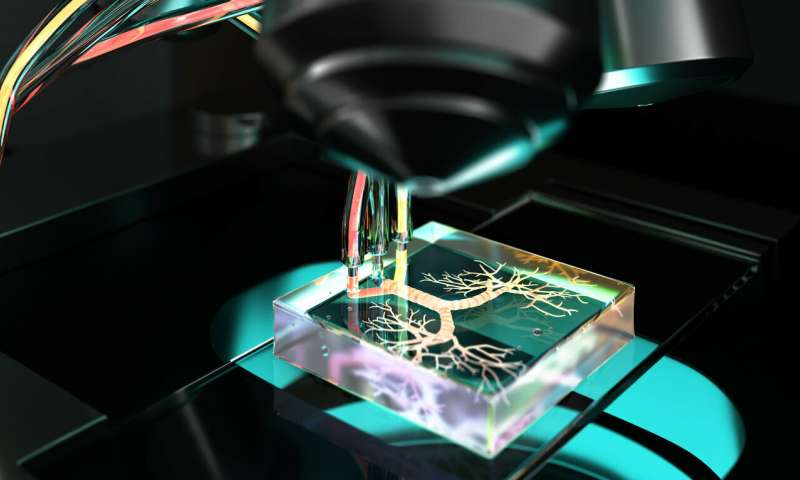 The bronchial airways, a network of tubes that delivers air to the lungs, are enwrapped by strings of muscle called the airway smooth muscle. Nobody knows what physiological function these muscles serve, but the general consensus is that they are vestigial leftovers from the evolutionary past. That’s why airway smooth muscle is sometimes referred to as “the appendix of the lungs.” Like the appendix, it can also be a source of serious medical problems. As with any muscle in the body, airway smooth muscle can suddenly contract. Similar to hundreds of little hands squeezing and choking the airways, this can lead to difficulties in breathing, or in the worst cases, to death by asphyxiation.

This sudden constriction of the airways is called bronchospasm, and it can occur in healthy people and in those who suffer from serious respiratory diseases such as asthma or COPD. Bronchospasm can be triggered by a multitude of factors. Some common triggers are allergens (such as dust and pet dander), cold air, exercise, medications (especially aspirin), fluctuating hormone levels, infections and smoke. In non-asthmatic people, bronchospasm is usually reversed once the trigger is removed, or after taking a couple of deep breaths. In people who suffer from asthma, however, bronchospasm and associated difficulties in breathing can persist long after the triggers are removed.

Why bronchospasm acts so differently in healthy people vs. people with asthma is not clear. Now, a collaborative team led by researchers from Johns Hopkins and Yale report new findings in a study published in Nature Biomedical Engineering.

“Bronchospasm involves both mechanical and chemical interactions between different cell types in the airways. This makes it difficult to do a controlled study based on actual airways because it is difficult to control experimental conditions in these systems, such as quantitatively evaluating mechanical responses of cells or isolating cellular secretions,” says Onur Kilic, the study’s primary author. He created the technology as an American Heart Association postdoctoral fellow at Johns Hopkins. “To address this, we created a microdevice that mimics several of the physiological features of the bronchial airways that are important for understanding why bronchospasm acts the way it does in people with asthma.”

The silicone-polymer microdevice is lined with bronchial airway cells from asthmatic and non-asthmatic lung donors to test the differences in the mechanisms that lead to bronchospasm. The device is able to breathe air in and out, and simulates a process similar to bronchospasm whereby cells lining the airways are compressed. Using the device, the team arrived at several unexpected findings.

It turns out that when smooth muscle constricts the airways during bronchospasm following a trigger such as smoke, a positive feedback loop begins. First, the constricted airway activates a cellular mechanism that detects the mechanical stress due to bronchospasm. This initiates the secretion of hormone-like compounds called prostaglandins. Prostaglandins can cause further contraction of the muscles, leading to even more airway constriction. Fortunately, the positive feedback is temporary, as over longer time periods, the prostaglandins start to initiate a negative feedback loop.

In normal airways, soon after the trigger is removed, this negative feedback quickly relaxes the contracted smooth muscle. In asthmatic airways, the smooth muscle is hyperresponsive, which means it is more reactive and contracts more readily in response to a trigger. For moderate cases of asthmatic hyperresponsiveness, the activated negative feedback relaxes the airways after a longer time period in comparison to normal airways. And in severe asthmatic cases, the smooth muscle contracts so strongly, that the initial positive feedback loop is sufficient to keep it contracted, even when the negative feedback loop is activated. As a consequence, people suffering from severe asthma can’t find relief even when the initial trigger, such as smoke, is removed from the environment.