More than 200 people have died in the UK after taking Xanax or a fake version of it since 2015, figures have revealed.

The drug is used to treat anxiety in the US – although not available on the NHS, private doctors can prescribe it in Britain and it is sold illegally.

And more than £1million worth of fake versions of the drug has been confiscated by UK border forces in the past three years. 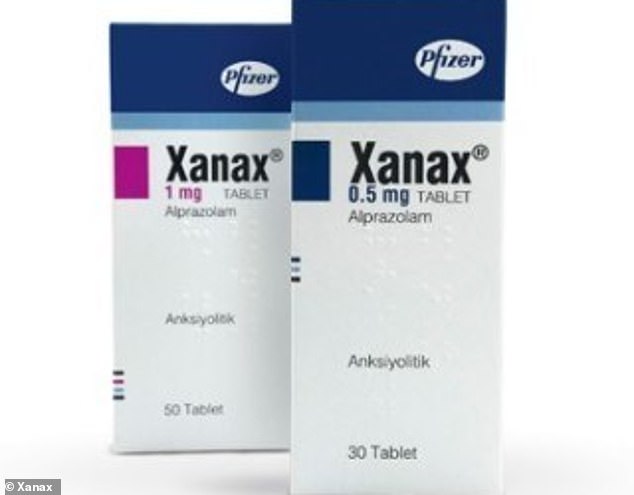 Xanax, designed to treat anxiety and panic attacks and prescribed in the US, is not available on the NHS but can be bought illegally in the UK, where it is a class C drug

Counterfeit Xanax can be mixed with other drugs and chemicals, making it potentially deadly, the BBC’s Victoria Derbyshire Programme reports.

The company which invented the drug, Pfizer, said it was ‘alarmed’ by the rise of fake versions of the drug, although it isn’t clear how big the rise is.

It warned Xanax – known as alprazolam – ‘should only be used as prescribed by and under the supervision of a qualified healthcare practitioner’.

But the pills, which are a class C drug in the UK alongside anabolic steroids and benzodiazepines, can be bought on the dark web.

British law stipulates possession of class C drugs (except steroids) carries a maximum two-year prison sentence, while selling them could result in 14 years in jail.

The police in Northern Ireland say counterfeit Xanaz is their third most seized drug and was linked to a quarter of all drug deaths in the country in 2018.

They confiscate more Xanax than they do heroin or ecstasy, DCI David Henderson told the BBC.

He overdosed on what he believed to be alprazolam after struggling with an addiction to the drug.

His mother, Sarah Stewart told the BBC: ‘I kept begging him to listen. Xanax was the problem with him. He was addicted and I tried so hard.’ 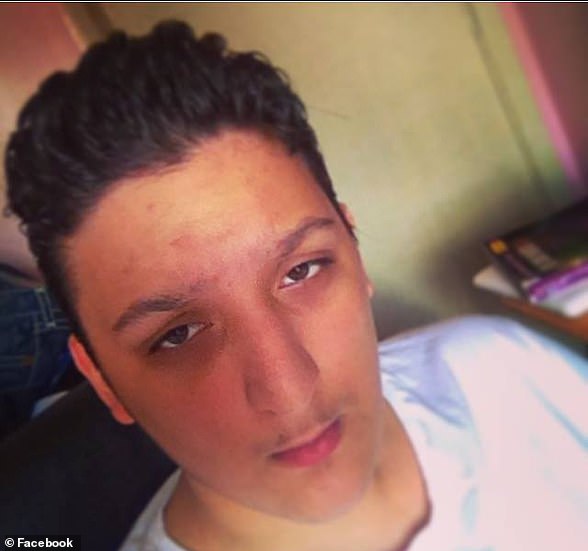 Kyle Remzi, a student in Essex, treated Xanax as a party drug, his mother said, but died of an overdose when he took it with alcohol and ecstasy in his system at the same time

A coroner’s report revealed illegal, fake Xanax was in Mr Remzi’s system when he died and was the cause of his death. He also had alcohol and MDMA (ecstasy) in his blood.

Ms Stewart said:  ‘When he died, so did the family. We’re all in pieces.

‘He just thought it was a party thing. He was educated, loved by everyone – all the love in the world didn’t save him.’

It said: ‘You are at risk of serious harm if you take alprazolam… long-term use could mean you become physically dependent on it and then suffer withdrawal symptoms if you stop using it.’

Frank added people are more at risk of being sexually abused or raped because the drug can cause blackouts.

And it said: ‘If you mix it with alcohol you’re at a big risk of overdose caused by heart and breathing problems – and this can lead to death.’