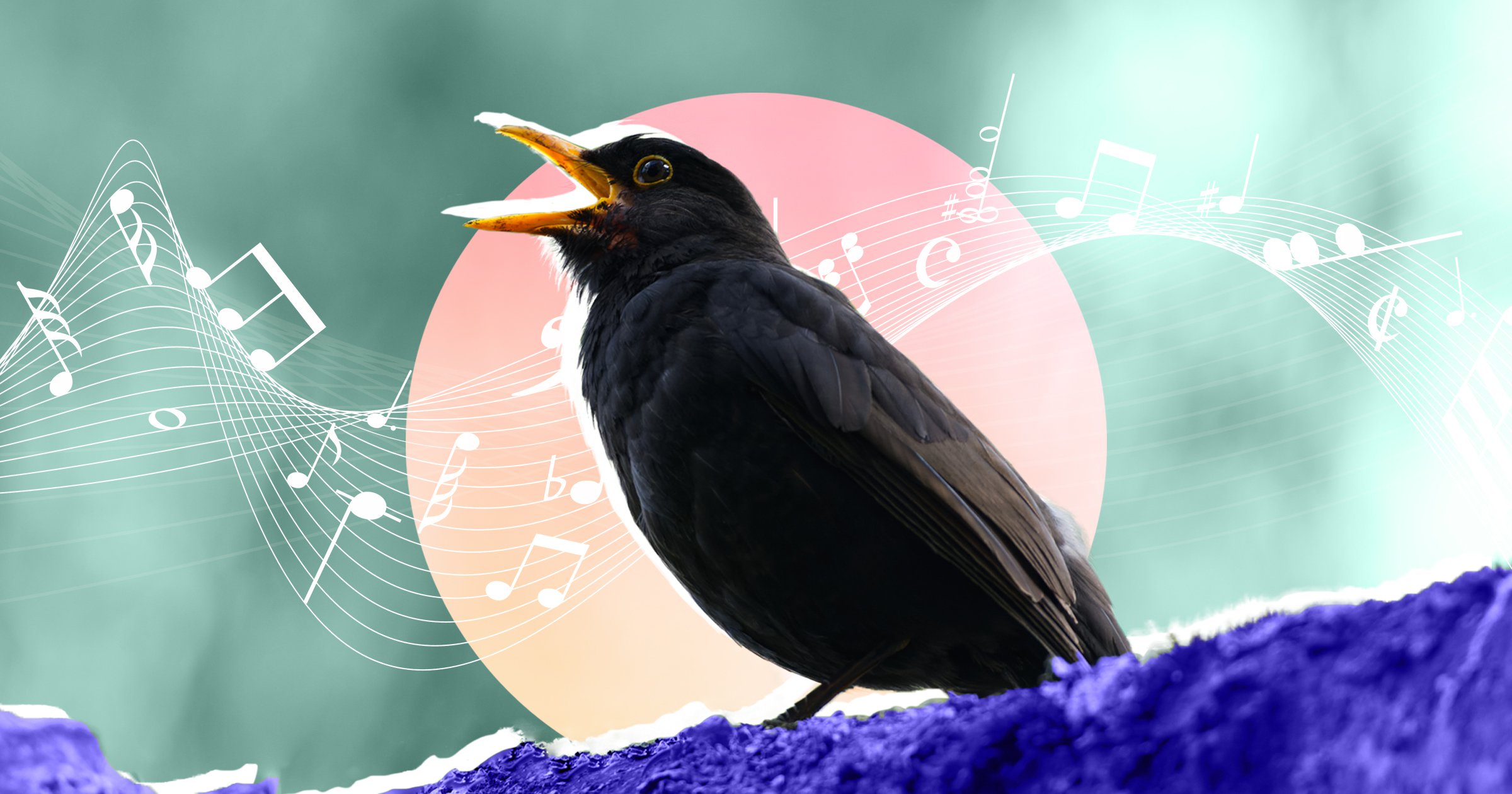 Press ‘pause’ on your playlist of feel-good bangers and tune in to birdsong if you want a hit of happy.

Research has found that listening to the warbling of birds, even a recorded version, has a powerful effect on our wellbeing, helping to relieve stress and improve mood.

Whether it’s the full-on dawn chorus or a lone blackbird on a chimney top, melodic songbirds are belting out free gigs day after day.

Birdsong became the sound of lockdown when Covid stripped the streets of traffic back in 2020, but now that life is pretty much ‘business as usual’ it’s time to remove the ear buds and tune in to nature’s buskers again. It could be the ultimate stress reliever for city living.

In 2020, researchers from California Polytechnic State University tested the effect of birdsong on mood by placing speakers playing recordings of birds along a hiking trail. The hikers who heard it reported a marked increase in wellbeing compared to those that didn’t, even from listening to a recorded version of bird sounds. When the results were published Professor Clinton Francis, who oversaw the study, said: ‘I’m still kind of flabbergasted that only seven to ten minutes of exposure to these sounds improved people’s wellbeing’.

When mixed with other natural sounds, the effect of birdsong could be more powerful than your Headspace or Calm app.

A study commissioned by the National Trust found that listening to birdsong, along with other woodland sounds such as a trickling stream and crunching leaves, was 30% better at increasing feelings of relaxation than a voiced meditation app. The woodland sounds, of which birdsong was by far the favourite of participants, reduced stress and anxiety by a quarter and a fifth, respectively.

Dr Eleanor Radcliffe, lecturer in environmental psychology at University of Surrey, led a three-year study into the impact of birdsong on mental wellbeing and concluded that most people associate birdsong with feeling happy, relaxed and removed from everyday stresses.

However, not all birds are equal. Dr Eleanor tells Metro.co.uk: What is interesting from my research is that not all types of bird sounds are perceived positively.

‘Some sounds, like garden songbirds, are regarded as very pleasant and helpful for relaxation, but the sounds of others, corvids and gulls for example, are experienced as stressful, irritating and even scary to some people.’

Scary crows aside, why do we respond so positively to melodic birdsong?

One theory suggests there is an evolutionary explanation – if we hear nature thriving, it indicates a place where humans could thrive too.

Eleanor explains: ‘Since nature is the environment in which humans evolved, we are inclined to relax and feel better in pleasant, non-threatening natural settings that offer us resources that could help our survival.

‘Birdsong might indicate a natural environment where predators are not around to threaten us.’

Another theory is based on our associations with avian sounds. Eleanor adds: ‘Because most of us tend to associate being in nature with recreation and relaxation, we might re-experience those positive psychological states when we experience different aspects of nature, such as birdsong.’

Adrian Thomas, author of the RSPB Guide to Birdsong, believes it resonates with something deep within our souls. He tells us: ‘I adore birdsong – it’s the natural soundtrack to our lives, drawing us right into the moment and connecting us to this amazing natural planet.

‘You don’t have to go too far back in our past to a time when most people would have lived rural lives, working on the land, where the only noises would have been the wind, babbling brooks and birdsong.’

David Lindo, aka The Urban Birder, agrees that birdsong has a powerful effect on our psyche.

‘It makes me feel glad to be alive and it lifts my very soul,’ he shares. ‘Stresses and bad moods do not exist when I enter the sonic world of birds. I cannot imagine life without the natural sounds of birds.’

How to start listening out for birds in the city

Luckily, we don’t have to be working the land in a rural idyll to enjoy birdsong.

‘There are a number of species that are possible to hear in our urban spaces,’ explains David. ‘Blackbirds, starlings, robins and wrens – throw in the songs of blue and great tits, dunnocks, warblers like chiffchaff and blackcaps and we have a heady mix of sounds. With collared doves and wood pigeons adding their voices you have the beginnings of a glorious dawn chorus.’

Adrian adds: ‘Birdsong is now fast waning as the breeding season draws to a close, so enjoy the final few bars of this year’s free concert.

‘Early morning is best and song will be at its least in the heat of the day. There are very few birds that sing after dark, although robins will sing by streetlight.’

And while you tune in to relax, why not exercise those little grey cells and learn something new? If you don’t know your blackbird from your bullfinch, there are a couple of apps to help you (think of them as the Shazam of the bird world). Warblr and Chirpomatic will automatically identify British birds from your own recordings, as well as make this data freely available for research and conservation programmes as part of a citizen science project.

Get to know a few common calls and you too will experience the warm glow of satisfaction that comes from identifying a house sparrow in as many beats as a Harry Styles song.

No time to wander your local park but need a quick route to relaxation? Here’s how to listen to our native birds’ greatest hits via your laptop or mobile.

After releasing the top 20 single Let Nature Sing to highlight the loss of 40 million birds in the UK over the past 50 years, the RSPB launched Birdsong Radio.

Available to stream via their website, you can also download the app (for iPhone and Android) allowing you to listen to beautiful birdsong on your commute or even set it as your wake-up alarm or sleep aide.

You can stream the dawn chorus 24/7 via this online radio station. Simply close your eyes and imagine you’re sitting in a country meadow watching the sun slowly rise above the horizon…

These five-minute episodes are available on iPlayer or the BBC Sounds app. It’s not 100% birdsong – the chirps and calls are often background to narration from bird experts – but you’ll learn a lot about our feathered friends and, on the occasional episode, catch a few calming words from Sir David Attenborough (whose gentle tones are pretty relaxing in themselves).

Search ‘birdsong’ on YouTube and you’ll discover some epic eight, even 12, hour recordings of real birdsong in bucolic spots such as bluebell woods and pine forests.

These are long enough to accompany a whole working day or provide gentle background music as you sleep.

How to live longer: The easy morning routine that offsets potentially deadly complications

Heart disease: Why going to bed at a certain time can lower your risk