Home » Health News » Why did it take 40 years for me to be diagnosed with autism?

It’s a condition typically linked to men, yet there’s a hidden epidemic among women. Here an opera singer asks… Why did it take 40 years for me to be diagnosed with autism? 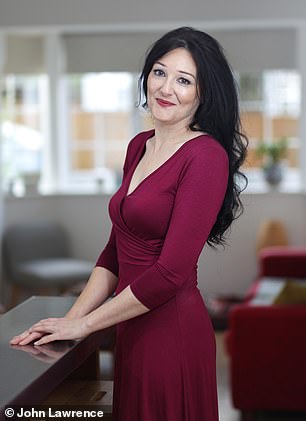 Overlooked: Sophia Grech, 48, struggled for years until she was finally diagnosed

She has performed in front of presidents and royalty, including Prince Charles and the Queen Mother, at concert halls and opera houses all over the world.

But as she steps out on to the stage in glamorous evening gowns, audiences would have no idea what opera singer Sophia Grech is hiding underneath.

‘My skin is so sensitive and I find tights too itchy — so I wear Primark pyjamas under my dresses instead,’ says Sophia.

‘I do quite a lavish curtsy, but no one has noticed.’

The reason she has such sensitive skin may be yet another surprise: for Sophia, 48, has autism. Her lifelong struggle with the condition has been ‘a living hell’, she says — not least because, like many other women affected, Sophia didn’t know she had it.

Autism is a developmental disability which can affect how a person communicates and experiences the world around them, making simple, everyday tasks feel like a challenge.

While there are genetic factors, the causes are still being investigated. There is increased risk for babies born to mothers over 35 and fathers over 40. Some studies have suggested environmental links such as pollution.

There are an estimated 700,000 adults and children in the UK who are on the autistic spectrum, according to the National Autistic Society.

Traditionally it’s been seen as a ‘male’ condition, but growing evidence suggests there are more women on the spectrum than previously thought, with some research indicating there could be as many as 200,000 girls and women yet to be diagnosed.

The number of women referred has more than tripled in the past five years, particularly mothers whose children have been diagnosed and have then reflected on their own early years, says Dr Sue Smith, head of the National Autistic Society’s Lorna Wing Centre, in Kent. 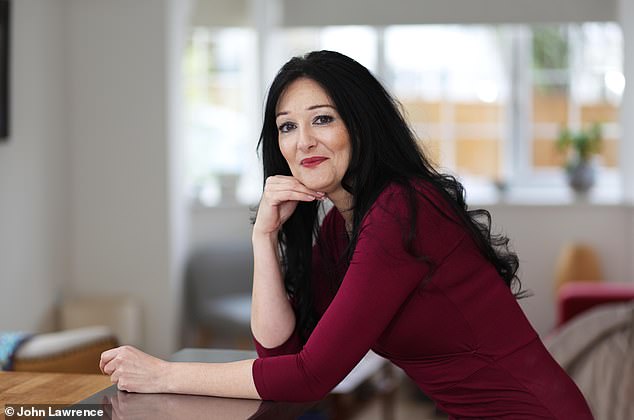 Testing: Sophia struggled to read and write and couldn’t tell the time until she was 12 — problems that can occur with autism

‘It is common for us to meet families and for there to be several people in that family who fulfil the criteria,’ she says.

Symptoms include struggling in social situations and finding it difficult to pick up on body language or process what people are saying — but behaviour can differ widely between men and women.

Dr Smith says girls are better at ‘masking’ their symptoms, as they are more socially aware and are often labelled ‘just a bit different’. Girls also express their stress differently and are more likely to ‘freeze’ as opposed to boys who might have a public meltdown.

Looking back, Sophia had symptoms all her life. ‘I always got anxious and struggled in important situations, trying to answer correctly and say the right things. People just assumed I was thick, which has been humiliating and hurtful,’ she says.

Sophia struggled to read and write and couldn’t tell the time until she was 12 — problems that can occur with autism. She struggled at secondary school, where she was bullied, punched and spat at. On one occasion, she had her head pushed through a window.

‘I ran home and hid in the garden,’ Sophia recalls.

Although she had a loving family, she never told her parents about her difficulties. Her solace was music. ‘I had a rich massive opera voice even at the age of eight and I’d sing all the time,’ she says.

‘When I sang, I felt as though I was in my own world, I was no longer that kid who was picked on, I could be someone else.’ 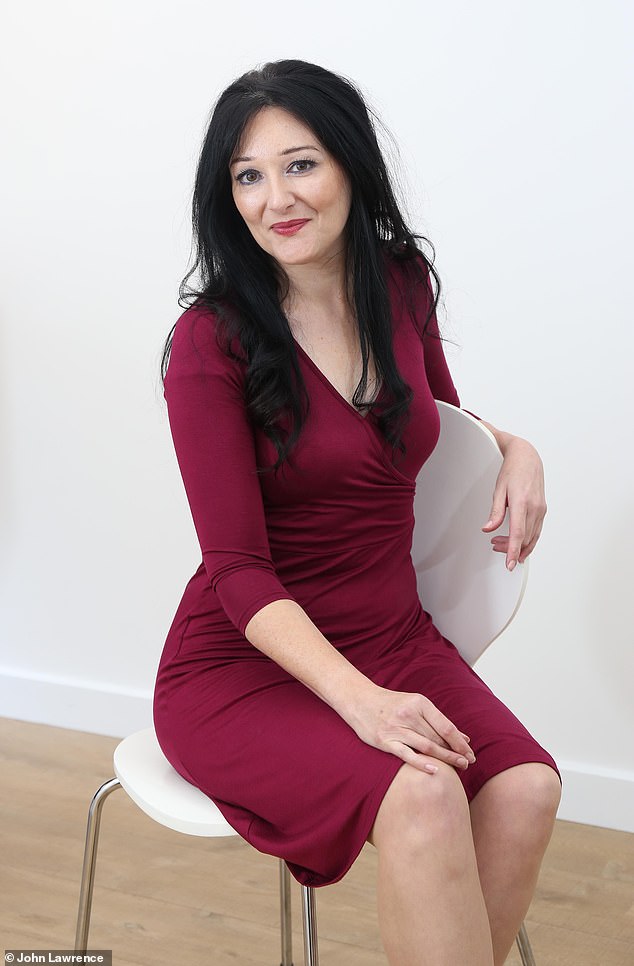 Sophia went on to have an international career, but her anxiety didn’t go away: she had to plan every train and plane journey down to the last detail or she’d have a meltdown

At 13, Sophia changed schools and the music teacher persuaded the Royal College of Music to give her singing lessons.

She taught herself how to read music, but when it was time to apply for a full-time place, her singing teacher told her to forget it.

‘I was told: “Your voice is amazing but you’re not bright enough”,’ recalls Sophia. ‘I was distraught.’ She applied anyway, and received offers from all four music colleges, including the Royal College, where she went on to train.

Although she exceeded expectations, she was criticised constantly by the professors for the way she spoke as it was ‘too common’, she says, and for mispronouncing and muddling up her words — speech and language difficulties are a defining characteristic of autism.

Indeed, her voice coach was baffled how her speech was so bad, yet on stage her diction was immaculate. She could sing fluently in seven languages.

Sophia went on to have an international career, but her anxiety didn’t go away: she had to plan every train and plane journey down to the last detail or she’d have a meltdown.

‘On one flight, I was hysterical, screaming, crying and rocking back and forth,’ she says.

‘The captain told me to come and sit with him to calm down. He said: “Look at the ground — it’s as if we’re not moving, isn’t it?”

‘He kept talking to me and it calmed me down.’

Knowing something wasn’t right, in 2015, Sophia decided to seek help. Her partner, Andy, 48, a police officer, and sister, Louise, a teacher, had suspicions she had autism, but ‘I thought it was ridiculous’, she says.

But Andy and Louise were insistent, so finally Sophia went to her GP, who referred her to an adult autism centre for tests. As a result, at the age of 45, she was diagnosed with Asperger’s syndrome, a high-functioning form of autism.

‘I felt relieved — it explained so much,’ she says.

Everything suddenly made sense — from her dread of dinner parties to her sensitive skin (over-sensitivity to sounds, touch and other environmental factors, such as light and temperature, can occur with autism), even her inability to understand directions on stage.

To get round the latter she drew each scene on coloured paper with coloured pens. ‘I see everything in colour,’ she explains. ‘I always thought: “Why am I the only person doing this?”

‘I was later told that the reason I couldn’t pick up on body language, process what people were saying and was so anxious was because I was autistic.’

She received help for her anxiety, and has learned to cope in situations better.

According to Dr Smith, the growth in the number of women seeking referrals has been ‘huge’, particularly from professional women. ‘There’s an expectation that at a certain level of seniority, you will understand social norms and office politics and what you should and shouldn’t say, but for a lot of adults on the autism spectrum that’s difficult,’ she says.

‘Sometimes women get told some quite negative things about themselves or feel people see them in a negative light. This means that by the time they have a referral, they have developed significant self-esteem issues, mental health problems and often some unhelpful psychiatric labels.

‘We know that not being diagnosed with autism leads women to experience considerable issues around depression and anxiety — maybe not understanding why they are struggling in relationships or with sensory issues, and why they find change so difficult. All those things can hugely impact on your wellbeing.’

The problem may not be on women’s radar — there’s the sense that autism is ‘a childhood condition and if you are an adult who has worked, had a family and was ostensibly leading an ordinary life, autism couldn’t possibly be you’, says Dr Smith.

Even if a woman suspects she has autism, there is a long wait for diagnosis — in some areas it’s more than three years. ‘It is hugely concerning,’ says Dr Smith.

Sophia still feels anger when she thinks of the hurt she’s suffered.

‘Every time I perform on a world-famous stage, my secondary school report rings in my head: “Sophia isn’t a very bright child and will probably not achieve very much in life,” it read.’

Cancer symptoms: Six warning signs on your feet that may indicate a growing skin tumour