Type 2 diabetes means a person has defects in both the production of insulin by the pancreas (insulin deficiency) and the use of insulin by the body (insulin resistance). When damage to the pancreas’ insulin-producing cells progresses to the point where the pancreas can no longer release enough insulin to overcome the body’s resistance to it, blood sugar levels rise. Over time, this could create devastating effects within the body. Fortunately, there are many natural ways to help lower blood sugar and drinking apple cider vinegar has been proven to do just that.

Apple cider vinegar is a popular home remedy which has gained much notoriety over the years.

People have used it for centuries in both cooking and medicine with many claiming it can relieve a wide range of health complaints.

The distinctive vinegar is known to help a person lose weight which in turn helps with type 2 diabetes.

However, the vinegar is also known to lower a person’s blood sugar levels. How? 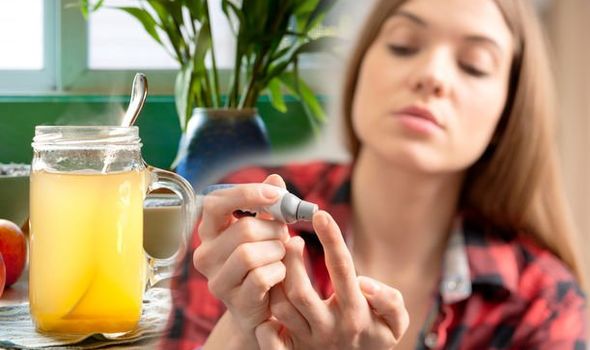 The most effective and healthiest way to regulate blood sugar levels is to avoid a diet rich in refined carbs and sugar, but apple cider vinegar may also have a beneficial effect.

By consuming apple cider vinegar insulin sensitivity could be improved during a high carb meal and is shown to significantly lower blood sugar and insulin response.

What the studies say

In a study published in the American Diabetes Association, apple cider vinegar ingestion at bedtime to help moderate waking glucose concentrations in adults with type 2 diabetes was further investigated.

The study noted: “Given the importance of maintaining acceptable blood glucose concentrations, there is much interest in identifying foods and diet patterns that will help individuals with diabetes manage their condition.

“Utilizing a randomized crossover design with a three to five-day washout period between treatments, participants followed a standardized meal plan for two days, consuming either two tablespoons of apple cider vinegar or water at bedtime with one oz of cheese.” 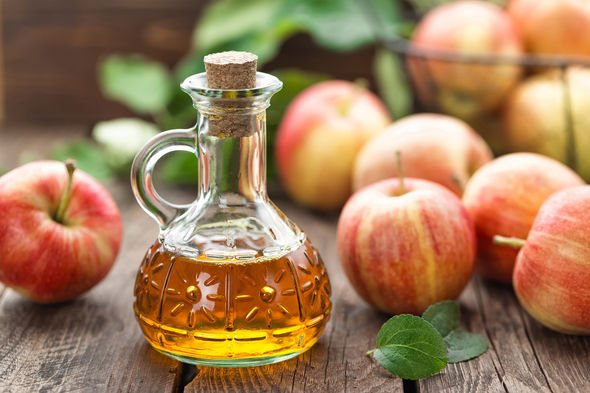 The participants were randomly assigned to drink apple cider vinegar or a placebo drink and then eat a meal of a white bagel, butter and orange juice.

Insulin increases the storage of fat and reduces the body’s ability to use fat for fuel, said Diet Doctor.

The health site continued: “This can lead to weight gain, which plays an integral role in the development and worsening of insulin resistance.

“The good news is that diet and exercise can help decrease insulin resistance and its associated weight gain, which may help prevent or even reverse diabetes.”