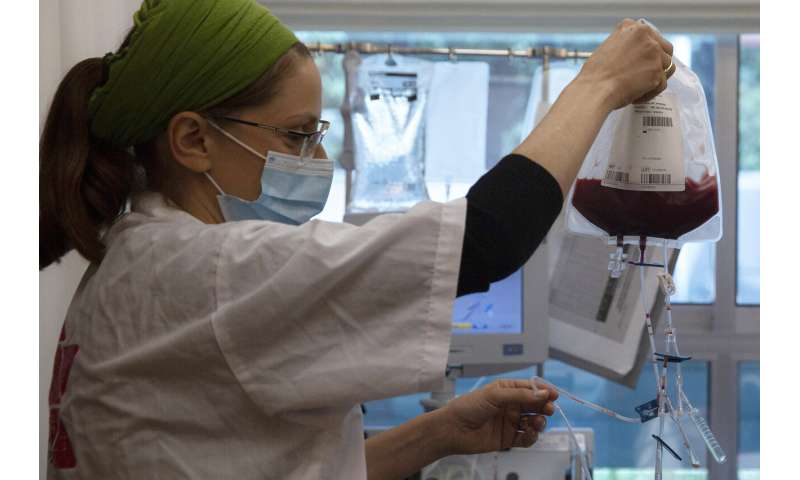 Over the past two months, as air travel ground to a halt, Mishel Zrian has crisscrossed the Atlantic and the United States dozens of times, sleeping in empty airports and unable to return home to see his family in Israel, all in a race against time to deliver life-saving transplants.

Zrian is a courier hired by Israel’s Ezer Mizion bone marrow donor registry, which has had to perform logistical acrobatics to get its transplants to their destinations amid the travel disruptions caused by the pandemic. The nonprofit, as well as others involved in coordinating transplants around the world, has been tested by the shortage of flights and restrictions on travel, forced to find creative solutions or risk the health of patients.

“It’s been a struggle the entire time but at the back of our minds always is that the patient must receive this transplant or else he will die,” said Bracha Zisser, director of Ezer Mizion, the world’s largest Jewish bone marrow donor registry.

With the coronavirus upending air travel and countries shutting down borders to prevent the influx of infected travelers, airlines have been forced to drastically cut services, leaving those who still rely on commercial flights scrambling for ways around the logjam.

For those in need of a bone marrow transplant—usually cancer patients—finding the right DNA match is difficult and often requires the help of international donors. 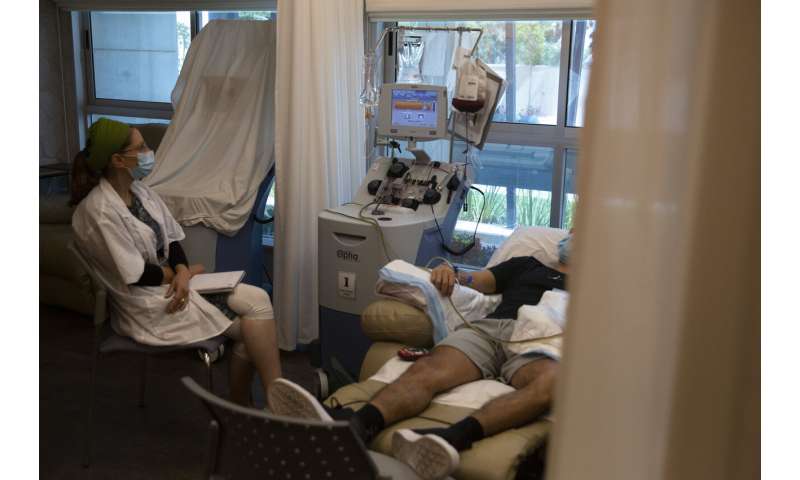 Ordinarily, delivering a bone marrow transplant to a far-flung destination is simple. But according to the World Marrow Donor Association, donor registries and transplant centers around the world have been grappling with how to navigate the new rules under coronavirus restrictions.

In one case, an Italian military plane was called up to deliver a transplant from Turkey to a 2-year-old patient in Rome. Germany, Italy and the U.S. set up special exchange points at military bases to allow couriers to drop off and pick up transplants there rather than have them enter the country by way of civilian airports.

As flights to Israel became scarce, Ezer Mizion’s transplants were sent to Europe via Belgium by cargo flights and then driven to their final destination. A daily commercial flight out of Israel to the U.S. has allowed the organization to continue its deliveries, but within the confines of the chaos wrought by the pandemic.

Zrian, the nonprofit’s main U.S.-bound courier, left Israel for what was supposed to be a brief journey in mid-March, only to be told upon his return that he would need to remain in quarantine for 14 days, according to Israeli rules on all incoming travelers. 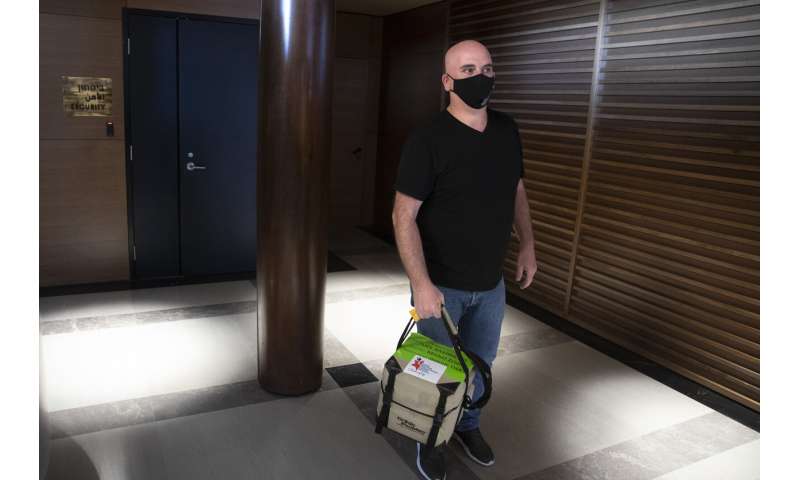 At that point, Ezer Mizion appealed to the Israeli Health Ministry and the National Security Council, and managed to secure Zrian special entry to the country, as long as he didn’t leave the airport.

He is allowed to sleep in an airport lounge between flights and receive his deliveries without being forced to quarantine. With airport restaurants closed, Zrian subsists on fast food while in the U.S. When he returns to Israel, he gets to have more lavish meals at the airport lounge.

But he can’t go home.

The 47-year-old hasn’t seen his two teenage sons in more than 70 days, and his wife was only granted one airport visit during that time. In the U.S., he has been given special clearance to enter on the grounds that he is an essential worker.

Zrian, who works for courier company Royale International, has flown with his precious cargo more than 50 times since mid-March, often the only passenger on the plane and landing at deserted airports. While he sometimes sleeps at his destination, his life moves to the beat of his deliveries. He recently spent six straight nights on flights. He’s been wearing the same pair of jeans for weeks, he said, washing them in hotel bathtubs when he gets the chance. 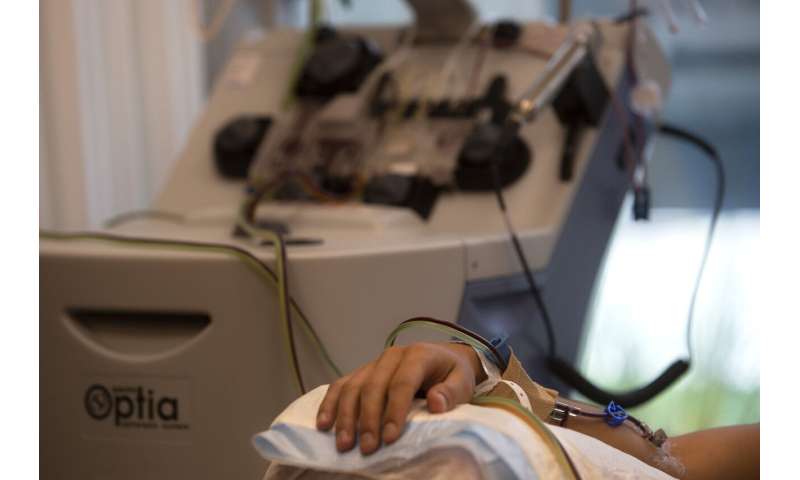 “I miss my family,” he said. “But I always carry the transplant with me and I know I am doing the right thing.”

In one delivery, destined for Oslo, Zrian boarded a cargo flight to Belgium, where another courier was set to drive the transplant 14 hours to Norway. When pilots he encountered offered him a seat on a direct flight to Oslo, which would save several crucial hours, he jumped at the chance.

But with flights from Europe to Israel nearly at a standstill, Zrian had to make a roundabout journey through Frankfurt and then New York to be able to get back to Israel.

The drop in flights has also affected the U.S., where kidneys, the most common transplant in America, are often flown across the country and need to reach patients within 30 hours. The longer a kidney is out of a body, the more its condition deteriorates. Other organs typically travel on private planes.

According to Dorry Segev, a professor of transplant surgery at Johns Hopkins University, the travel disruption is likely leading to delays, which affects the quality of the kidney and could prompt some patients to postpone the care they need. 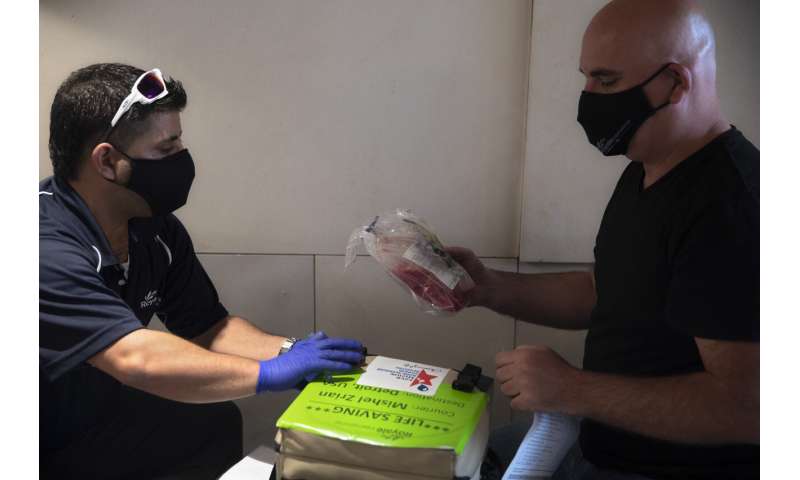 “We don’t have our commercial flight infrastructure in the United States, which kidney transplantation rides on the back of,” he said. “It’s very chaotic.”

Rick Hasz, of the Philadelphia-based Gift of Life Donor Program, said kidneys were still reaching their destinations, although with different preservation techniques and additional planning.

Zisser, of the Israeli nonprofit, said none of the dozens of deliveries made over the past two months has missed its deadline.