Thousands more people will be offered blood pressure lowering drugs as part of a drive to prevent heart attacks and strokes.

Draft guidelines published by the National Institute for Health and Care Excellence (Nice) recommend reducing the threshold at which the treatment should be offered.

Health officials said as many as 450,000 more men and 270,000 more women with high blood pressure, known as hypertension, may now be eligible.

However, in practice, many of these patients could already be receiving treatment because of variation in how earlier recommendations were implemented, Nice said.

Some estimates suggest around 50 per cent of this group could be currently be using the drugs. 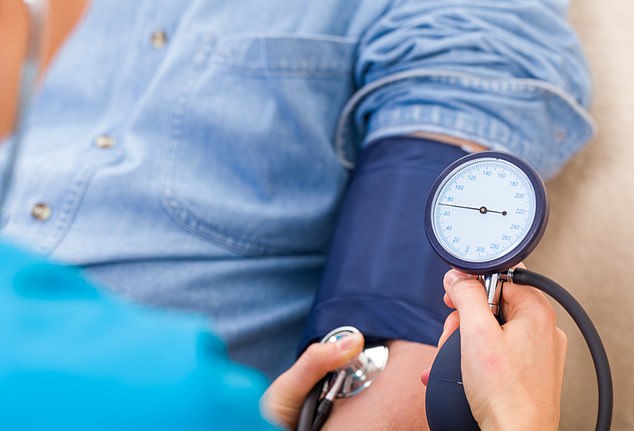 More help: Draft guidelines published by the National Institute for Health and Care Excellence (Nice) recommend reducing the threshold at which the treatment should be offered

Guidance from 2011 recommends blood pressure lowering drugs are offered to adults under the age of 80 with stage one hypertension and a more than 20 per cent risk of developing cardiovascular disease (CVD) over the next 10 years.

The proposed recommendations instead suggest those with an estimated 10-year risk of CVD of 10 per cent or more are offered the drugs.

A stage one diagnosis means there is no identifiable cause of raised blood pressure in the patient – it may be linked to factors including obesity, salt intake, physical activity or genetics.

It is estimated around 720,000 people in England would fall into this category of having stage one hypertension and a CVD risk between 10 and 20 per cent.

Anthony Wierzbicki, chairman of the guideline committee, said: ‘A rigorous evaluation of new evidence has resulted in updated recommendations around when to treat raised blood pressure that have the potential to make a real difference to the lives of many thousands of people with the condition.

‘The guideline effectively shifts the focus to earlier intervention with lifestyle or drug treatment because this may slow the age-related deterioration of blood pressure.

‘This would keep people well for longer and reduce the long-term need for multiple medications.’ 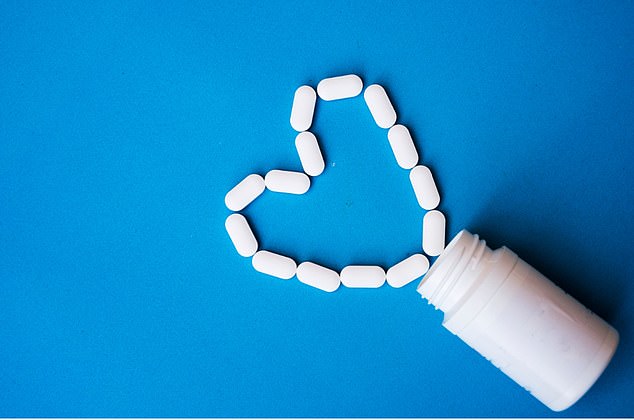 Life-saving: Health officials said as many as 450,000 more men and 270,000 more women with high blood pressure, or hypertension, may now be eligible

The new draft guidance supports an ambition to prevent 150,000 strokes and heart attacks over the next years, outlined in the NHS long-term plan.

‘Diagnosing high blood pressure earlier and managing it in line with Nice guidance will save thousands of lives and years spent in ill-health.

‘That’s why we’ve set new national ambitions to improve the detection and management of high blood pressure within the next decade.

‘If you’re over 40, getting your free NHS health check is a simple way to find out your blood pressure as well as your risk of other serious conditions.’

Professor Helen Stokes-Lampard, chairwoman of the Royal College of GPs, added: ‘Taking steps to prevent cardiovascular disease in patients is vital to help safeguard their long-term health and wellbeing, and it is a key pledge in the NHS long-term plan.

‘But many GPs do also have concerns about over-diagnosis and the unintended harms of prescribing medication to groups of patients when the benefits may be limited.

‘Lowering the threshold for making a diagnosis of hypertension, or high blood pressure – a condition that already affects a very large number of patients in the UK – is likely to affect thousands, if not millions of patients, so this decision must not be taken lightly and must be evidence-based.’

A consultation on the draft guidance will close on April 23.

WHAT DOES IT MEAN IF I HAVE HIGH BLOOD PRESSURE?

High blood pressure, or hypertension, rarely has noticeable symptoms. But if untreated, it increases your risk of serious problems such as heart attacks and strokes.

More than one in four adults in the UK have high blood pressure, although many won’t realise it.

Blood pressure is recorded with two numbers. The systolic pressure (higher number) is the force at which your heart pumps blood around your body.

The diastolic pressure (lower number) is the resistance to the blood flow in the blood vessels. They’re both measured in millimetres of mercury (mmHg).

As a general guide:

If your blood pressure is too high, it puts extra strain on your blood vessels, heart and other organs, such as the brain, kidneys and eyes.

Persistent high blood pressure can increase your risk of a number of serious and potentially life-threatening conditions, such as:

Why it’s good to have an afternoon nap: Hour-long snooze keeps high blood pressure at bay and is nearly as effective as drugs

Having a daytime nap is as good as medical interventions at cutting blood pressure, researchers have found.

Snoozing for an hour at midday resulted in blood pressure levels dropping by an average five points – a similar effect to taking drugs or cutting salt from the diet.

Experts said this could lead to a major reduction in heart attack risk. 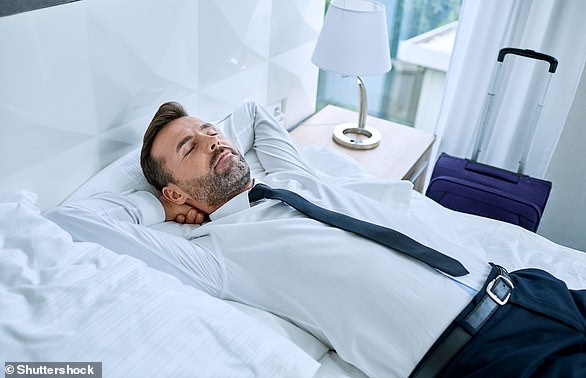 Forty winks: Snoozing for an hour at midday resulted in blood pressure levels dropping by an average 5 points – a similar effect to taking drugs or cutting salt from the diet

Greek doctors from Asklepieion General Hospital in Voula tracked 212 people who had an average systolic blood pressure of 130 mm/HG – a level considered to be verging on unhealthy.

Their findings, to be presented later this month at the American College of Cardiology’s annual conference in New Orleans, revealed those who had a daily nap saw their blood pressure drop by 5mm/HG.

‘For example, salt and alcohol reduction can bring blood pressure levels down by 3 to 5 mm/Hg.’

‘These findings are important because a drop in blood pressure as small as 2 mm/Hg can reduce the risk of cardiovascular events such as heart attack by up to 10 per cent,’ Dr Kallistratos said.

‘Based on our findings, if someone has the luxury to take a nap during the day, it may also have benefits for high blood pressure.

‘Napping can be easily adopted and typically doesn’t cost anything. The higher the blood pressure levels, the more pronounced any effort to lower it will appear.

‘By including people with relatively well-controlled blood pressure, we can feel more confident that any significant differences in blood pressure readings are likely due to napping.’

He added: ‘We obviously don’t want to encourage people to sleep for hours on end during the day, but on the other hand, they shouldn’t feel guilty if they can take a short nap, given the potential health benefits.

‘Even though both groups were receiving the same number of medications and blood pressure was well controlled, there was still a significant decrease in blood pressure among those who slept during midday.’