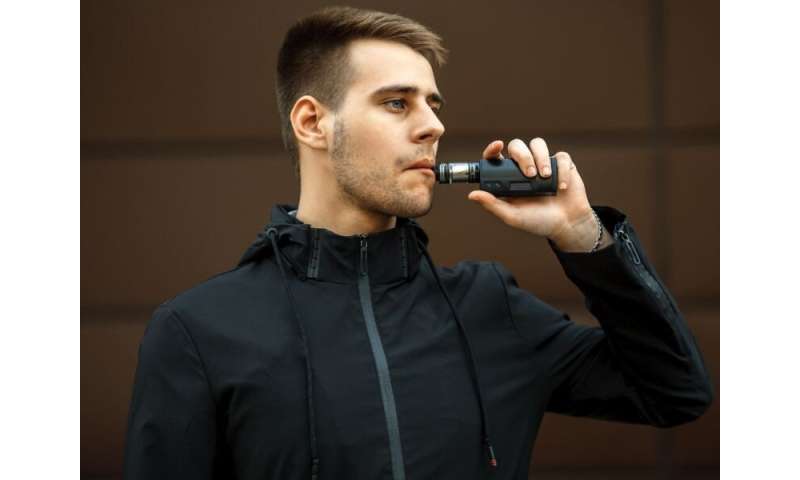 They report that use of e-cigarettes negatively affects risk factors for heart disease in ways similar to traditional tobacco cigarettes:

“People are making the assumption if they switch from cigarettes to e-cigarettes, their risk will be substantially reduced of cardiovascular disease,” said Dr. Rose Marie Robertson, deputy chief science and medical officer for the American Heart Association, and co-author of the first study. “That’s not necessarily the case.”

Both studies are to be presented Monday at the American Heart Association’s annual meeting, in Philadelphia. Research presented at meetings is typically considered preliminary.

For the first study, researchers evaluated 476 healthy adults who took no daily heart medications to see how smoking might affect their cholesterol levels.

Researchers said they found the same sort of cholesterol when they looked only at e-cigarette users.

His team tracked the flow of blood to the hearts of 19 young adult smokers immediately before and after vaping or smoking.

Participants were asked to rest while their blood flow was tested, and then to perform a handgrip exercise intended to increase their heart rate, Rader said.

“In healthy individuals, blood flow increases to the heart because the heart’s working harder and it needs more oxygen. The body adjusts blood flow and delivers more oxygen to the heart,” Rader said. “This increase was blunted and even partially reversed in patients who are habitual e-cigarette smokers.”

Researchers added that blood flow to the heart was reduced at rest, even in the absence of stress, after a puff on an e-cigarette.

“It shows that cigarette and e-cigarette smoking seem to be equally bad in causing abnormalities of blood flow to the heart,” Rader said.

However, both sets of findings come from “very preliminary studies” that haven’t appeared in a peer-reviewed journal, said Dr. Mary Ann McLaughlin, a cardiologist at Mount Sinai Hospital in New York City who reviewed the studies.

She noted that the blood flow study involved a “very small sample size,” while the cholesterol study couldn’t draw a direct cause-and-effect relationship.

“It’s an association, but you can’t say which is coming first,” cholesterol levels or e-cigarette use, McLaughlin said. “I could argue that people with high cholesterol may be more sedentary, may have poorer lifestyle choices, and may be more likely to smoke.”

The cholesterol researchers suspect the chemicals inhaled from e-cigarettes could be increasing oxidative stress in the body, said lead researcher Dr. Sana Majid, a postdoctoral fellow in vascular biology at Boston University School of Medicine.

In turn, that increase in stress and inflammation could be altering people’s cholesterol levels, Majid said.

Known e-cigarette chemicals also have been shown in the lab to be toxic to endothelial cells that line the inside of blood vessels, said Robertson. That could affect blood vessels’ ability to respond to increased demands from the heart.

She said these sort of studies should have been done to test the safety of e-cigarettes long before they ever went on the market.

What to know about malaria drug and coronavirus treatment