‘Tens of thousands’ of men risk growing BREASTS because of rising steroid use, top surgeon warns

‘Tens of thousands’ of British men are putting themselves at risk of growing breasts by abusing steroids, a top plastic surgeon has warned.

Around one million men and women in the UK are estimated to use anabolic steroids or other performance enhancing drugs (PEDs) to look more muscly or fit.

They have become increasingly common over the past decade, linked to unrealistic body images promoted on social media and on reality TV shows like Love Island.

A common side effect of steroid abuse in men is the development of breast tissue, known medically as gynaecomastia or ‘gyno’ in the bodybuilding scene.

Dr John Skevofilax, chief surgeon at Signature Clinics, claimed a growing number of men abusing the drugs are coming to him for breast reduction surgery.

He has carried out more than 600 gynecomastia operations since 2020 but believes many more are suffering in silence, too ashamed to come forward.

‘Tens of thousands of men are at risk of gynecomastia because they are taking IPEDs [image and performance enhancing drugs],’ said Dr Skevofilax.

‘Many don’t seek any advice before starting taking them, and the link between these drugs and this condition is well known. 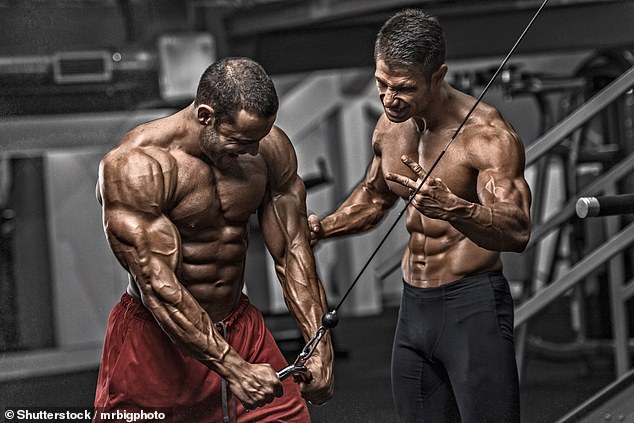 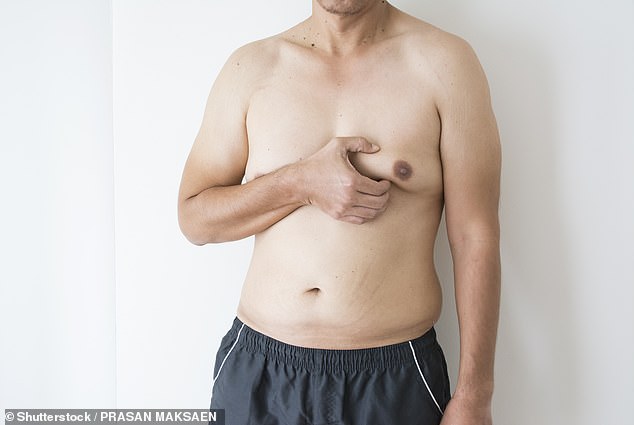 A common side effect in men is the development of breast tissue, known medically as gynecomastia or ‘gyno’ in the bodybuilding scene (stock image)

‘And while some men are comfortable having breast reduction surgery, there will be many who don’t because they are embarrassed.

‘It is these people who will suffer in silence from the physical and emotional damage caused by gynaecomastia.’

Former Love Island star Thomas Powell livestreamed his own gynaecomastia op with Dr Skevofilax in April to raise awareness of the condition.

He admitted he developed the condition, which leads to puffiness and swollenness around the nipples, after years of injecting anabolic steroids.

Gynaecomastia occurs when too much oestrogen, the female sex hormone, is present in the male body.

This is normally found in low levels in men but abusing steroids can lead to unusually high amounts. 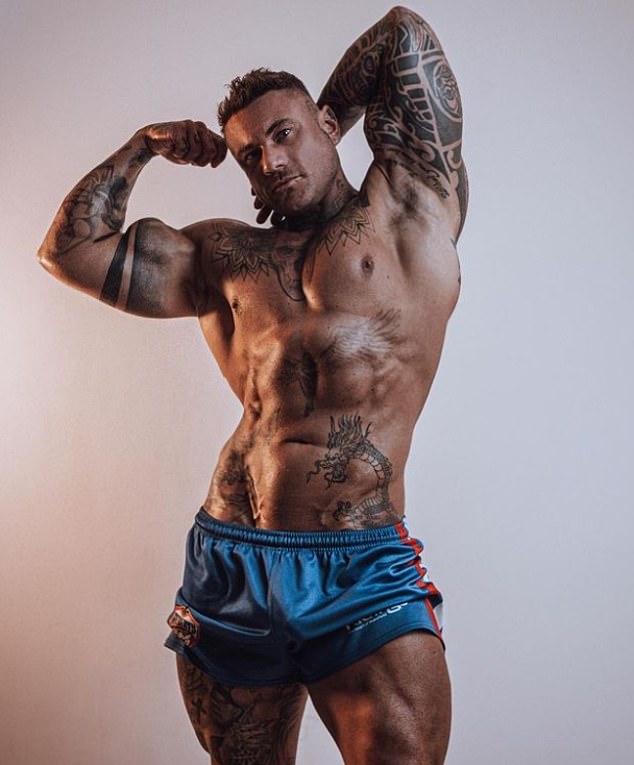 Men who abuse steroids can be left with low sex drive, poor erections and a low sperm count for YEARS

Researchers in Copenhagen, Denmark, tracked a biomarker of testicular function in the blood of current and former anabolic steroid users.

Anabolic steroids are synthetic drugs that mimic the effects of the male hormone testosterone, and their abuse is prevalent among athletes worldwide.

The biomarker is produced by cells in the testes that also produce testosterone, indicating anabolic steroids ‘persistently impair their capacity’.

Steroids work by binding to receptors responsible for muscle growth. One of the byproducts of converting steroids in the body is the release of oestrogen.

But gynaecomastia can also occur when men come off steroids completely.

The testes stop producing testosterone to save resources when men take steroids because the body gets an abundance of the hormone from the drugs.

Abusing steroids for long periods of time can lead to the permanent shutdown of natural testosterone, creating a hormonal imbalance in the body.

Having too much oestrogen also encourages the formation of fat cells, which explains why some steroid users gain weight after stopping the drugs.

The use of steroids and other PEDs was once thought to be confined to high-performing athletes and amateur bodybuilders.

But they have become increasingly popular among the public, from teenagers seeking the perfect physique to elderly men hoping to hang on to youthful looks.

The trend has been attributed to unrealistic male body images promoted on social media and seen in Hollywood and on reality TV shows like Love Island.

Latest research by the National IPED Info Survey in 2017 found at least 900,000 people in the UK are taking anabolic steroids and other PEDs.

A legal loophole means it is not illegal to possess the drugs but it is against the law to make, supply or import them.

The maximum penalty is 14 years in prison or a heavy fine.

As well as gynaecomastia, abusing anabolic steroids can cause a wide range of side effects.

Having too much testosterone in the body can lead to increased aggression, dubbed ‘roid rage’, insomnia and anxiety.

They also raise the risk of heart disease, strokes and other cardiovascular problems by increasing bad cholesterol and putting strain on vital organs.

Coming off the drugs can lead to low mood, erectile dysfunction, infertility and depression – as a result of too much oestrogen.

It comes after MailOnline revealed prohibited performance-enhancing drugs were being sold on eBay and Depop.

Selective androgen receptor modulators (SARMs) were available for as little as 25p per pill on the online marketplaces used by children as young as 13.

The drugs have been popular in the underground bodybuilding scene for several years because they are easier to buy online than traditional steroids.

They work like steroids but have not been fully tested for safety on humans, are not prescribed by doctors, and prohibited by the World Anti-Doping Agency.

Unless you're part of the abortion club, you don't get a say

Who Gets to Be Called an Athlete?

Coronavirus or hay fever symptoms: The key difference in the two conditions