Ten patients visited hospital A&Es more than 2,000 times between them in just 12 months, a report has found.

NHS data reveals that 31,492 people went to emergency departments in England ten or more times between June 2017 and May last year.

Despite making up just 0.4 per cent of total patients, they accounted for 4 per cent of all A&E attendances and took up a ‘significant allocation of NHS resources’, the report said.

Of these, ten patients visited A&E more than 235 times each, with some attending on average in excess of once a day. 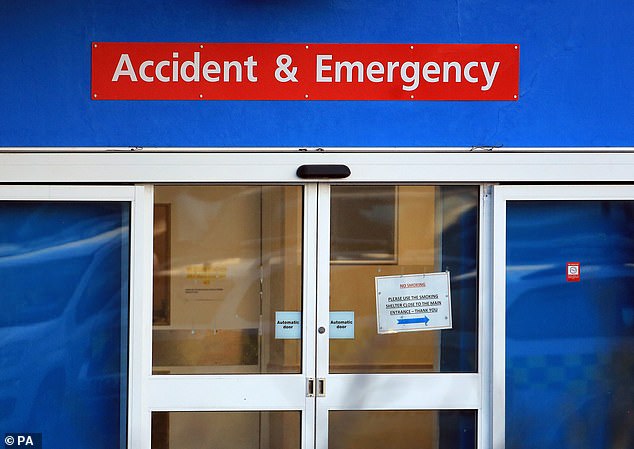 Ten patients visited hospital A&Es more than 2,000 times between them in just 12 months, a report has found (file photo)

They were most likely to be aged 21 to 31, live in the most deprived areas and go to hospital at night.

The report said: ‘As well as generating high healthcare costs, high intensity users also increase the risk of overcrowding in emergency departments, affecting the safety and care that can be offered to other patients.

‘This relatively small proportion of patients can, therefore, have a significant impact on limited NHS resources and, as such, presents an opportunity to reduce the strain on emergency services.

‘It is also important to understand why high intensity users are visiting A&E so frequently, their needs are potentially not being addressed elsewhere in the system one way or another, whatever the root cause of their visits.’

Demand for A&E has risen by more than a fifth in a decade, with hospitals routinely missing the four-hour waiting time target to treat patients.

Experts said it could save the NHS £800million if conditions such as asthma, diabetes and depression were managed better in primary care. Sarah Deeny, assistant director of data analytics at the Health Foundation, said: ‘Supporting these patients to develop the necessary skills, knowledge and confidence to manage their health as effectively as possible is critical to helping them stay well and could help reduce the need for a vast number of emergency admissions, A&E attendances and GP appointments.’ 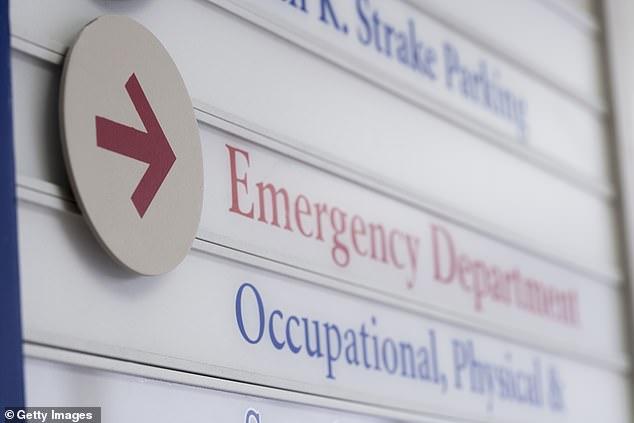 Demand for A&E has risen by more than a fifth in a decade, with hospitals routinely missing the four-hour waiting time target to treat patients (file photo)

In 2016, patients who attended more than 20 times in 12 months accounted for 0.05 per cent of A&E visitors but cost the NHS £53million, the latest report said.

The authors suggest that successful pilot schemes should be widened out to improve support for high intensity attenders and reduce their reliance on hospitals.

The NHS long-term plan, unveiled this week, announced all hospitals will have same day emergency care departments so patients can be treated and discharged without needing an overnight stay.

A spokesman for NHS England said there were now plans to roll out the RightCare High Intensity User programme on a national scale.

He said: ‘The NHS long-term plan sets out a range of options for people to get urgent and emergency care outside A&E, including NHS 111 online and seven-day crisis care for mental ill-health.

‘This is precisely the sort of supportive and positive action that is improving patient care while reducing pressure on services, which will be ramped up through the long-term plan for the NHS.’

A Nutritionist's Guide To Staying Healthy This Easter

Milly may be a shelter dog, but she rescues me every single day