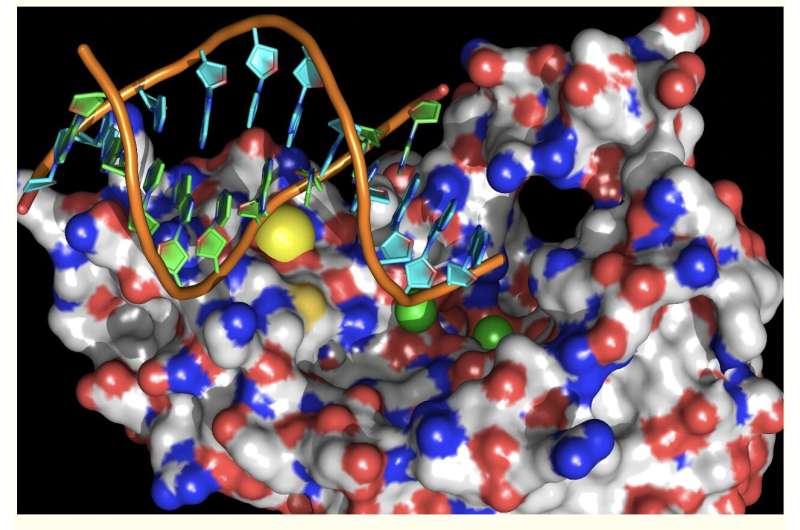 Targeting a parasite’s DNA could be a more effective way to combat malaria, new research from the University of Sheffield has revealed.

Malaria is a serious infection which is spread by mosquitoes. Although the disease is preventable and treatable, it remains a major cause of death globally—the estimated number of malaria deaths in 2020 stood at 627,000.

The research team from the University of Sheffield’s Department of Infection, Immunity and Cardiovascular Disease examined and targeted an enzyme that maintains the classic double-helical structure of the parasite’s DNA, which contains the blueprint of life.

This solution works by targeting and inhibiting the parasite protein that de-branches forked DNA—an enzyme known as Flap Endonuclease—the team predicted the parasite would die quickly as its genome collapses. Using molecules which target the parasite enzyme, but not the human equivalent, could be a more effective way to treat the life-threatening disease.

Professor Jon Sayers of Functional Genomics at the University of Sheffield who is leading the project said, “Most people haven’t heard of branched DNA, apart from maybe in ‘The X Files’ sci-fi show when aliens implanted branched DNA into Agent Scully’s genome to track her movements.

“In reality, branches in DNA occur frequently every time a cell divides. These branches have to be correctly trimmed, like a gardener might trim off suckers from a rose bush. Cells use Flap Endonucleases to do this job and we’ve exploited differences between the parasite and the human enzyme.

“Our intention is to use additional funding to develop new drugs which will be even more effective in treating malaria. To accelerate our research, we will be working in collaboration with scientists in the U.S. and China,” said Professor Sayers.

“Of the estimated 627,000 people who died of malaria, most of them were children living in Africa. The disease disproportionately affects poorer nations, maintaining a vicious cycle of disease and poverty.”

The interdisciplinary research team includes Dr. Pat Baker and Professor Jon Waltho from the University of Sheffield’s School of Biosciences, both of whom are experts in exploiting state-of-the-art molecular imaging techniques.

Dr. Pat Baker, Senior Lecturer in Structural Biology in the University’s School of Biosciences,said, “We’ve used the U.K.’s national synchrotron, the Diamond Light Source to study the malaria protein. The synchrotron works like a giant microscope, producing superbright X-rays that let us see the structure of the parasite enzyme.”

Professor Jon Waltho, Gibson Chair in Biophysics in the University’s School of Biosciences, said, “Magnetic resonance methods allow us to study how the parasite enzyme moves and folds around DNA branches, and we can use that information to make better drugs.”

Oatmeal Yes, Eggs No: Gaps Emerge in US Antihunger Push for Children