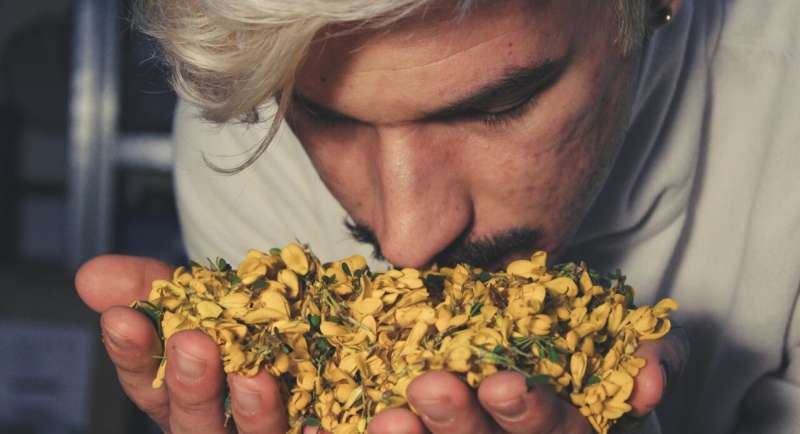 The reason some people fail to recover their sense of smell after COVID-19 is linked to an ongoing immune assault on olfactory nerve cells and an associated decline in the number of those cells, a team of scientists led by Duke Health report.

The finding, publishing online Dec. 21 in the journal Science Translational Medicine, provides an important insight into a vexing problem that has plagued millions who have not fully recovered their sense of smell after COVID-19.

While focusing on the loss smell, the finding also sheds light on the possible underlying causes of other long COVID-19 symptoms—including generalized fatigue, shortness of breath, and brain fog—that might be triggered by similar biological mechanisms.

“One of the first symptoms that has typically been associated with COVID-19 infection is loss of smell,” said senior author Bradley Goldstein, M.D., Ph.D., associate professor in Duke’s Department of Head and Neck Surgery and Communication Sciencesand the Department of Neurobiology.

“Fortunately, many people who have an altered sense of smell during the acute phase of viral infection will recover smell within the next one to two weeks, but some do not,” Goldstein said. “We need to better understand why this subset of people will go on to have persistent smell loss for months to years after being infected with SARS-CoV2.”

In the study, Goldstein and colleagues at Duke, Harvard and the University of California-San Diego analyzed olfactory epithelial samples collected from 24 biopsies, including nine patients suffering from long-term smell loss following COVID-19.

This biopsy-based approach—using sophisticated single-cell analyses in collaboration with Sandeep Datta, M.D., Ph.D., at Harvard University—revealed widespread infiltration of T-cells engaged in an inflammatory response in the olfactory epithelium, the tissue in the nose where smell nerve cells are located. This unique inflammation process persisted despite the absence of detectable SARS-CoV-2 levels.

Additionally, the number of olfactory sensory neurons were diminished, possibly due to damage of the delicate tissue from the ongoing inflammation.

“The findings are striking,” Goldstein said. “It’s almost resembling a sort of autoimmune-like process in the nose.”

Goldstein said learning what sites are damaged and what cell types are involved is a key step toward beginning to design treatments. He said the researchers were encouraged that neurons appeared to maintain some ability to repair even after the long-term immune onslaught.

“We are hopeful that modulating the abnormal immune response or repair processes within the nose of these patients could help to at least partially restore a sense of smell,” Goldstein said, noting this work is currently underway in his lab.

He said the findings from this study could also inform additional research into other long-COVID-19 symptoms that might be undergoing similar inflammatory processes.

‘I just want to stay in one spot’: From homeless to housed in rugged Del Norte