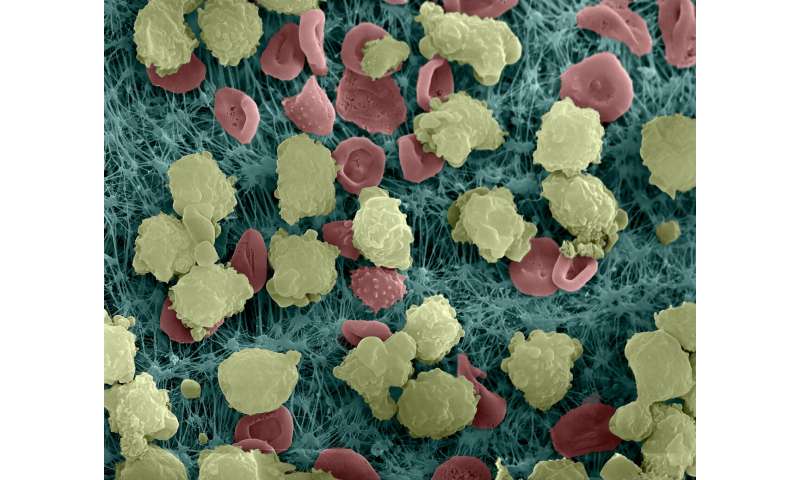 Researchers at the Centro Nacional de Investigaciones Cardiovasculares (CNIC) have demonstrated the existence of an immune clock that coordinates the day/night cycles through the activity of a class of leucocytes called neutrophils. Neutrophils are the body’s main line of defense, but their action can also damage healthy cells of the cardiovascular system. This newly discovered clock dictates when these cells are activated and when they should be eliminated from the circulating blood.

Describing the findings, first author José María Adrover explained that the researchers have identified “a series of molecules in the neutrophil nucleus and cell membrane that respond to diurnal (circadian) patterns in lightness and darkness, and regulate the migration and localization of neutrophils in the body.” The study is published in the leading journal Immunity.

Human beings generally hold the view that ours is the dominant species, but the true masters of the living world are the billions upon billions of microorganisms—including bacteria, fungi and viruses. These microorganisms occupy every environment, including our bodies, and are essential for all other life on the planet. We thus have no choice but to accept them, but this cohabitation breaks down when certain microorganisms enter the bloodstream and organs, becoming pathogens that cause disease and death.

The immune system, especially through the action of neutrophils, ensures peaceful coexistence with microorganisms by efficiently eliminating those that cause infection. This comes at a price, because the immune response is often disproportionate and damages healthy tissue. Andrés Hidalgo says, “This is what happens, for example, during myocardial infarction, stroke, and acute lung injury. The biological challenge is to control the immune system so that it protects against infection but does not cause collateral damage to the body.” The new study by Hidalgo’s group, published in Immunity, presents a response to this challenge that could have important repercussions for health care.

The research team combined genetic techniques with high-resolution microscopy imaging in live mice to track the behavior of neutrophils over the course of the day. Using animal models of myocardial infarction, stroke and infection, the team demonstrated that the immune response changed at different times of day. Co-author Alejandra Aroca says, “By specifically manipulating this genetic clock, we were able to make animals highly resistant to infection, but these same animals were extremely vulnerable to infarction.” The study also shows evidence that this immune clock exists in humans.

These findings are important, because this type of cardiovascular injury is responsible for most deaths in advanced economies, and a large majority of these clinical events occur in the early morning; in other words, they follow a circadian pattern. Given the overlapping circadian patterns of cardiovascular disease, infection and immunity, the research team examined the possibility of a causal relationship. “We observed that if we eliminated the clock in the neutrophils of mice, the circadian patterns in infection and infarction disappeared,” explained Adrover. Thus, “during the day, the neutrophils caused more damage in an infarction, but at the same time, became more efficient at eliminating pathogens. If we can learn to control this immune clock, we can take advantage of this association to improve treatments for patients.”