A new filling built with the same material used in bumper cars has been created by scientists.

They say fillings made of the material are twice as strong as standard fillings, which often break within a decade.

The team of experts at Oregon Health & Science University believe the material could reduce the need for repeat dentist visits. 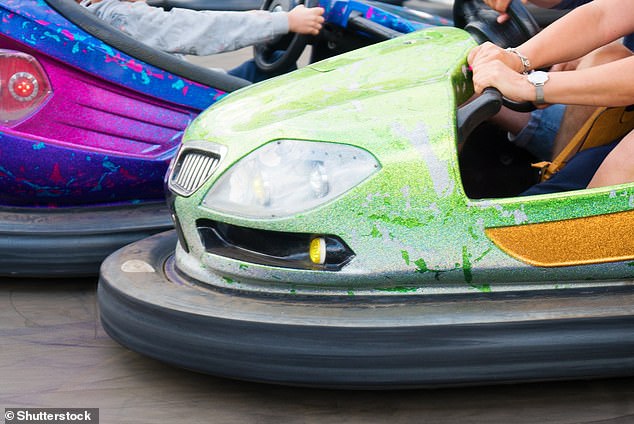 Tough: The additive thiourethane is commonly found in protective coatings for vehicles, including bumper cars

‘They crack under the pressure of chewing, or have gaps form between the filling and the tooth, which allow bacteria to seep in and a new cavity to form.

‘Every time this happens, the tooth under the restorations becomes weaker and weaker.

‘And what starts as a small cavity may end up with root canal damage, a lost tooth or even life-threatening infections.

‘Stronger dental materials mean patients won’t have to get fillings repaired or replaced nearly as often,’ she added.

‘This not only saves them money and hassle, but also prevents more serious problems and more extensive treatment.’

The team also claim to have created an adhesive that’s 30 per cent stronger after six months in use, keeping the fillings in place for longer.

The adhesive uses a specific kind of polymer known as methacrylamides, which is that is much more resistant to water damage, bacteria and enzymes in the mouth. 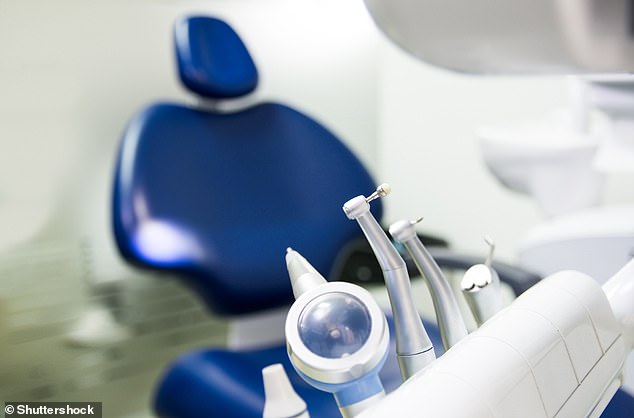 Longer lasting: The team of researchers say the result is two times more resistant to breakage than standard fillings – which could dramatically reduce the need for repeat dentist visits

The findings of their developments were published in the journals Scientific Reports and Dental Materials.

Silver-coloured amalgam fillings – used for more than a century – contain a mixture of silver, copper, tin and zinc, as well as mercury.

Mercury accounts for 50 per cent of the material and makes it soft enough to mould into cavities.

Once set, amalgam fillings are harder-wearing than modern white fillings — which are typically comprised of powdered glass and acrylic resin.

Small amounts of mercury are released from amalgam dental fillings over time and then passed into the blood and organs, including the brain

But the average daily exposure is only about 10mcg — far below toxic levels. No firm proof exists that it can lead to neurological diseases such as Alzheimer’s – despite fears.

However, the very act of drilling out the fillings creates vapour with a high concentration of mercury.

This leads to levels of mercury in the blood that are far higher than in those with undisturbed fillings.

Removing and replacing a filling is also likely to further damage the tooth.

Thus, experts are agreed that simply leaving amalgam fillings alone is safer than removing them.

The study, published in June 2018, shows that ultra-high-strength 7-Tesla MRI scanners may release toxic mercury from amalgam fillings in teeth.

The scanners rely on strong magnets to work and researchers suggest the magnets could break down amalgam fillings – metal-looking fillings in hundreds of millions of people around the world.

Amalgam, which has been commonly used in dentistry for over 150 years, is 50 per cent mercury, a highly toxic heavy metal.

A lab study showed ‘unsafe’ levels of mercury were found in saliva after a tooth with a filling was scanned by a 7-T machine, which is more than four times as powerful as a normal hospital scanner.

It is not clear whether there would be enough to cause mercury poisoning, but if it did severe cases can increase the risk of brain damage, heart attacks or infertility.

The researchers said the effects of the stronger MRI on fillings had not been studied, but they found it could be a risk to people with filled teeth.

Why women piled on more lockdown pounds than men