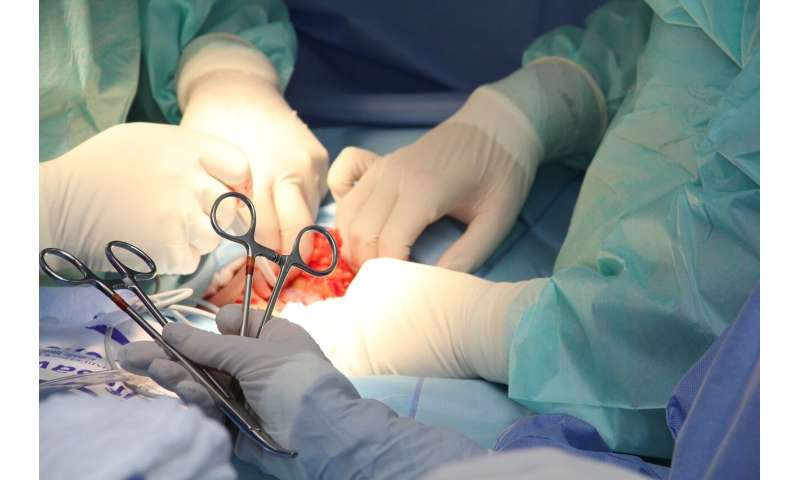 Vaporized hydrogen peroxide (VHP) failed to completely sterilize surgical tools 76 percent of the time when the tools were soiled with salts or blood and not cleaned prior to sterilization, according to a study published today in Infection Control & Hospital Epidemiology, the journal of the Society for Healthcare Epidemiology of America.

“While sterilization technology is capable of killing billions of microorganisms on instruments, some low temperature processes are unintentionally undermined when surgical instruments are improperly cleaned before sterilization,” said William A. Rutala, Ph.D., MPH, director of the North Carolina Statewide Infection Control and Epidemiology Program.

Researchers at the University of North Carolina at Chapel Hill simulated the impact of proteins and salts left on surgical tools prior to sterilization to test the effectiveness of three low-temperature technologies, increasingly required for plastic tools, compared to steam sterilization.

VHP had the highest failure rate, 76.3 percent, with salt being the main component interfering with this technique. HPGP and ETO had failure rates of 1.9 percent. Steam sterilization, which is most common technique used for sterilization of heat-resistant instruments, was the most effective and robust sterilization technology with no failures.

“If instruments are not properly cleaned prior to sterilization and then placed in a low-temperature sterilization technology such as vaporized hydrogen peroxide, there is a possibility of failure,” Rutala said. “Effectively cleaning, removing visible soil and microbial contaminants from objects, must precede sterilization to ensure tools are thoroughly and optimally sterilized.”

Cancer symptoms: Experiencing pain in this body part could signal the deadly disease

Chris Cuomo Says Dr. Fauci Checked on Him 'Every Night' When He and His Family Had COVID-19