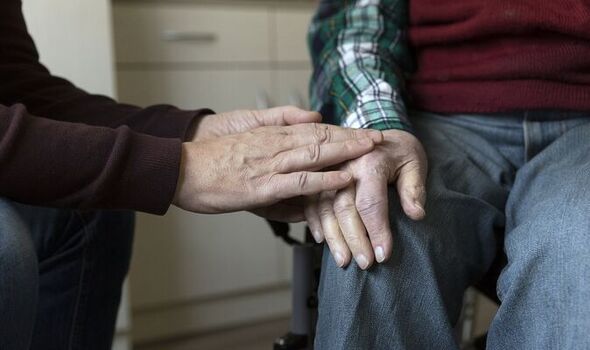 The 2019 Conservative manifesto promised a “Dementia Moonshot” designed to double investment to £160million per year for a decade – but two years later it has not yet materialised. The Daily Express Time To Deliver Dementia Cash crusade is urging ministers to keep their word and accelerate the search for a cure.

Sir John, who received a knighthood in the New Year Honours, contributed to the 1992 discovery that the build-up of amyloid protein in the brain was a key step towards Alzheimer’s disease.

Speaking at the Alzheimer’s Research UK (ARUK) conference in Brighton, he said our understanding of dementia had come a long way during his 40-year career.As a result, he said drugs that can slow the disease are finally within sight.

He said: “We’re making progress. I think we are seeing the first hints of spring but we have a long way to go.”

Sir John said the UK could be proud of its role in many breakthroughs – but emphasised that dementia studies need more funding.

He added: “This is a good time for research. We can do things now that we could never do.

“Looking at single cells for example, moving in the brain. It’s just amazing. This is stuff that you would not have believed five years ago.

“The tools we have are incredible – but they’re not cheap.”

Professor John Davis, director of ARUK Drug Discovery Alliance Business Development, said: “I’ve worked in this field for 30 years and it has never been as exciting.

“You’ve got drugs like Aduhelm chipping away at the very front.

“Then all of the genetics that researchers like John [Hardy] have done have unveiled a whole range of different mechanisms for drug hunters like myself to try and raise agents against.

“What’s beautiful about it is they are showing us where different diseases that underlie dementia might have weak spots, so now we are homing in on each of these.” Aduhelm, also known as aducanumab, is a controversial drug that was approved for use in the US.

But it was rejected by the European Medicines Agency. It is not yet known whether Aduhelm’s manufacturer, Biogen, will apply to the UK regulator.

Prof Davis said a range of new approaches will reach human trials in the next five years, as he urged the Government to consider the huge economic burden of dementia – estimated to be around £25billion per year.

While the crusade is backed by charities ARUK and the Alzheimer’s Society, it has also won the support of over-60s’ campaign group Silver Voices.

What is happening where you live? Find out by adding your postcode or visit InYourArea

“Our members are writing to their MPs to lobby the Government to deliver on its manifesto promise to double dementia research funding and we call upon Express readers to do the same.

“Together we can persuade the Government that this promise must not be swept under the carpet.”

Mr Reed said the broken promise on dementia funding was “the latest in a long line of betrayals of older people” including the suspension of the triple lock on pensions, the scrapping of free TV licences for the over-75s and the failure to sort out the social care crisis.

He added: “Dementia is the biggest killer in the UK outside of the pandemic but research funding for dementia is a tiny fraction of that for cancer.

“This discrimination shows yet again that the Government sees older lives as more expendable than the rest of the population.”

High blood pressure: The bedtime ‘sweet spot’ to slash your risk of the condition – study

Peanut butter fat bomb or a healthy source of nutrients?