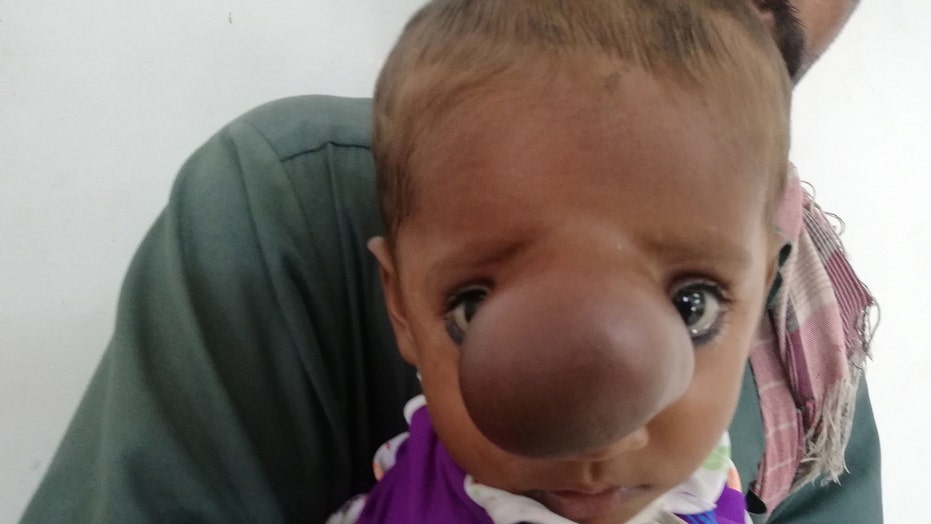 Fox News Flash top headlines for May 8 are here. Check out what’s clicking on Foxnews.com

A family in Pakistan is desperate for surgeons to save their infant son whose brain is growing out of his nose. The boy, named Daeima, was born with nasal encephaloceles, a rare birth defect which causes a lack of bone fusion, leading to gaps in the skull in which portions of the brain can stick out.

Surgical intervention is typically necessary for children with encephalocele, and it’s usually performed between birth and 4 months of age depending on the size, location and associated complications as well as whether a layer of skin covers the encephalocele, according to the National Organization for Rare Disorders (NORD). But for 8-month-old Daeima, it wasn’t until his parents blew through their life savings and were turned away from numerous hospitals that he landed at Jinnah Postgraduate Medical Center in Karachi, Caters News reported. 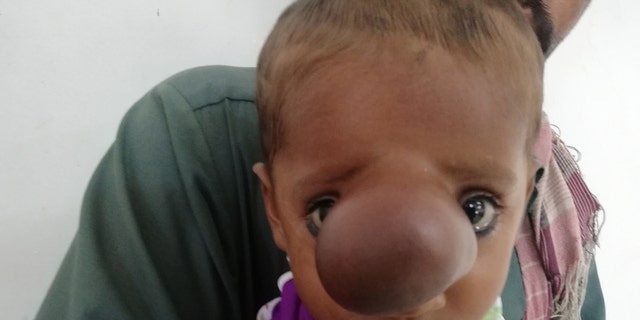 The boy’s parents say he was born with a tiny bump on his nose that has continued to grow as he ages.
(Caters News Agency)

“The infant was brought to us four days ago,” Dr. Raza Haroon, head of the hospital’s neurology department, told the news outlet. “It is a case of nasal encephalocele. We are waiting for more tests and MRI, but in such cases, surgery is the only treatment. If left untreated, a life-threatening infection called meningitis could develop.”

Haroon said his team will only proceed with the surgery if all tests are positive for the condition and has recommended changes to the boy’s diet plan to improve his overall health in the meantime. 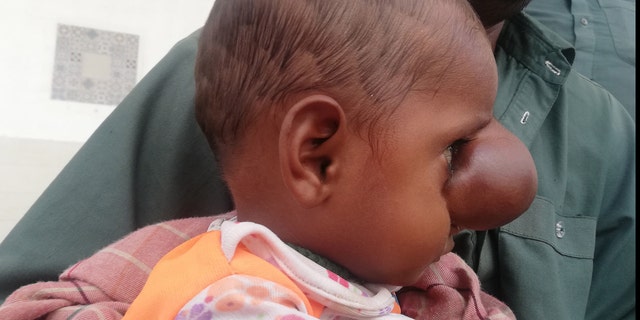 Surgical intervention is typically necessary in these cases, but his parents were turned away from several hospitals before they landed at Jinnah Postgraduate Medical Center in Karachi.
(Caters News Agency)

The boy’s father, Jay Ram, said they were elated to welcome a son after having five daughters, but that they noticed the bump on his nose kept growing, and that it now causes the boy pain.

“The [growth] was as small as a stone in a ring his mother was wearing when he was born,” he told Caters News.

Fatty liver disease diet: Key foods you should eat to slash risk – and the ones to avoid

Calorie-burning "brown fat" could help keep you healthy, even if you’re obese