Home » Health News » One in four Americans are covered by Medicaid or CHIP, a program that insures low-income kids 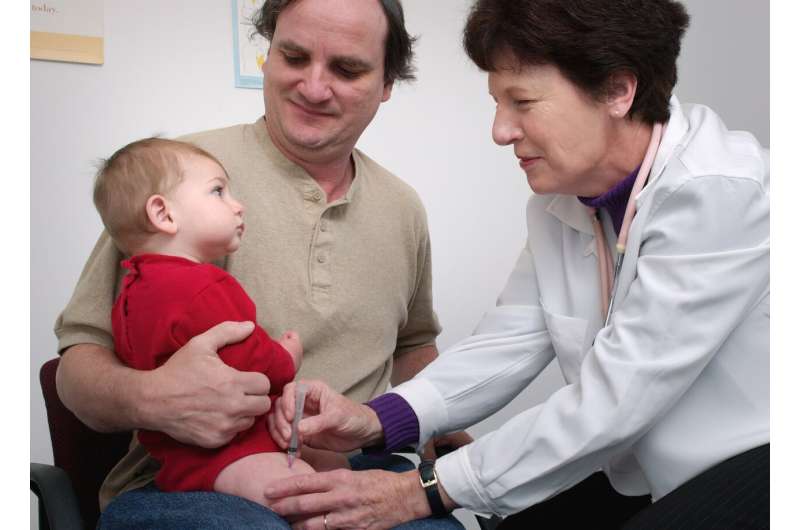 As of July 2021, a total of 83.6 million Americans were insured through either Medicaid or the Children’s Health Insurance Program.

That’s almost 1 in 4 Americans, with 76.7 million insured through Medicaid and 6.9 million through CHIP. Both public health insurance programs are funded jointly by the federal and state governments. Medicaid provides health insurance for low-income people, most of whom are 64 or younger.

CHIP provides health coverage to kids and pregnant women whose families have low incomes but make too much to qualify for Medicaid.

Before states began to expand Medicaid in 2014 as part of the Affordable Care Act, the program was much smaller, covering around 55 million people in 2013.

So far, 38 states and the District of Columbia have expanded Medicaid access, with financial support from the federal government.

Prior to the ACA, most states were more restrictive about who could enroll in Medicaid, a program launched following the enactment of landmark legislation President Lyndon B. Johnson signed into law in 1965. After the ACA, the federal government began to shoulder more of the program’s costs, footing at least 90% of the bill for new enrollees covered through the program’s expansion.

Today, all adults in Medicaid expansion states who are under 65 with annual incomes less than 138% of the federal poverty line are eligible for Medicaid. In 2022, that means someone who is single without dependents and has an income of $18,754 or less qualifies, as does a family of four earning up to $38,295.

CHIP was signed into law in 1997. Like the Medicaid expansion it was optional, yet it was adopted in all states within three years, by 2000.

Unfortunately, 4.3 million children remain uninsured, many of whom are in poverty, live in a nonexpansion state or a state with stricter income eligibility standards for CHIP.

Even when children are eligible for Medicaid or CHIP, they may not be enrolled in the program due to their parents’ lack of awareness or their state’s lack of outreach.

The pace of Medicaid expansion since 2014 has been far slower than the CHIP rollout. Twelve states have yet to opt in, as of February 2022, though the expansion debate continues.

And yet Medicaid’s sharp enrollment growth has reduced the share of uninsured people.

About 91.4% of Americans had public or private health coverage for at least part of 2020, leaving an estimated 28 million Americans without any health insurance, according to the Census Bureau. In 2013, only 86.7% of the country was insured.

Our state, Missouri, expanded Medicaid on Oct. 1, 2021. The state estimates that as many as 275,000 people are newly eligible, though only about 64,000 enrolled in the first five months. Oklahoma expanded Medicaid in July 2021, enrolling more than 200,000 in its first few months. South Dakota may be next: its voters will decide whether to expand Medicaid in November 2022.

Of the 28.6 million Americans who have enrolled in Medicaid or CHIP since the ACA was rolled out, about 60% obtained coverage prior to the COVID-19 pandemic.

Response to the COVID-19 pandemic

In March 2020, the federal government responded to what it correctly anticipated as the sharp growth of Medicaid and CHIP coverage.

At the time, an unemployment surge was stripping millions of workers of their economic stability, including health insurance coverage. Medicaid enrollments tend to rise during bad economic times, as people become eligible due to lower incomes. The pandemic was no different, particularly in 2020.

What’s different this time is that states, which administer Medicaid and CHIP, haven’t been allowed to kick anyone out of the program during this period—even if they would have lost eligibility due to higher earnings.

In January 2022, the Biden administration renewed the public health emergency for another three months. The emergency declaration is scheduled to expire on April 16.

Soon after this measure expires, millions who have been covered by Medicaid but now make too much money to qualify could lose their eligibility, particularly if they live in states that have not yet expanded Medicaid.

Vitamin B12 deficiency symptoms: Three signs of the condition you could easily miss

What Is a Normal Heart Rate?