Early in the coronavirus pandemic, the use of non-steroidal anti-inflammatory drugs (NSAIDs), such as ibuprofen, were not recommended due to concerns that it could lead to more severe cases of COVID-19. However, a new study published this week in PLOS Medicine found NSAIDs such as ibuprofen and diclofenac did not have adverse effects in people infected with COVID-19. The anti-inflammatories are typically used to treat fever and aches and pains.

“Overall, risks for all studied outcomes were similar between users and non-users of ibuprofen and other NSAIDs," the researchers said in the published report.

CORONAVIRUS: COULD YOUR BODY ALREADY HAVE CELLS THAT RECOGNIZE AND FIGHT IT? 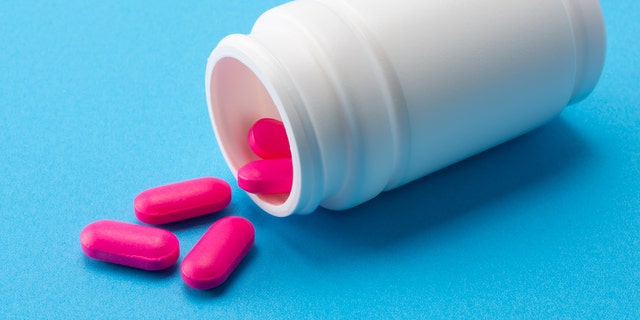 A new study published this week in PLOS Medicine found NSAIDs such as ibuprofen and diclofenac did not have adverse effects in people infected with COVID-19. The anti-inflammatories are typically used to treat fever and aches and pains.

The researchers from the University of Southern Denmark, Aarhus University Hospital, and the Danish Medicines Agency collected data on more than 9,000 Danish residents positive with the novel coronavirus during the period between Feb. 27 through April 29. They looked at registry data regarding the use of NSAIDs, hospitalizations, admissions to ICU, mechanical ventilation, 30-day mortality, and acute renal replacement therapy, according to the study. Of the 9,326 people studied, 248 individuals had a prescription for NSAIDs filled within 30 days of their positive COVID-19 test, according to the study.

The researchers concluded there was no association between the use of NSAID and the outcomes of novel coronavirus infections.

“Likewise, [the] use of NSAIDs was not associated with an increased risk of hospitalization, ICU admission, mechanical ventilation, or renal replacement therapy in the adjusted analyses," the team of researchers also stated in the study.

In a matched cohort, the researchers found 6.3% of those positive for COVID-19 who used NSAIDs died compared to the 6.1% that did not use the anti-inflammatory drugs.

“Considering the available evidence, there is no reason to withdraw well-indicated use of NSAIDs during the SARS-CoV-2 pandemic," the study authors said.

“However, the well-established adverse effects of NSAIDs, particularly their renal, gastrointestinal, and cardiovascular effects, should always be considered, and NSAIDs should be used in the lowest possible dose for the shortest possible duration for all patients," the researchers also noted.

Currently, the U.S. Food and Drug Administration (FDA) states on its website: “At this time, FDA is not aware of scientific evidence connecting the use of NSAIDs, like ibuprofen, with worsening COVID-19 symptoms. The agency is investigating this issue further and will communicate publicly when more information is available. However, all prescription NSAID labels warn that 'the pharmacological activity of NSAIDs in reducing inflammation, and possibly fever, may diminish the utility of diagnostic signs in detecting infections.'"

The FDA also recommends discussing the use of NSAIDs with your physician.

Chemicals in e-cigarettes 'damage cells in lungs and blood vessels'

Sleepless nights can make you pile on pounds