Home » Health News » No need to worry about glyphosate in our beer and wine, according to peer review 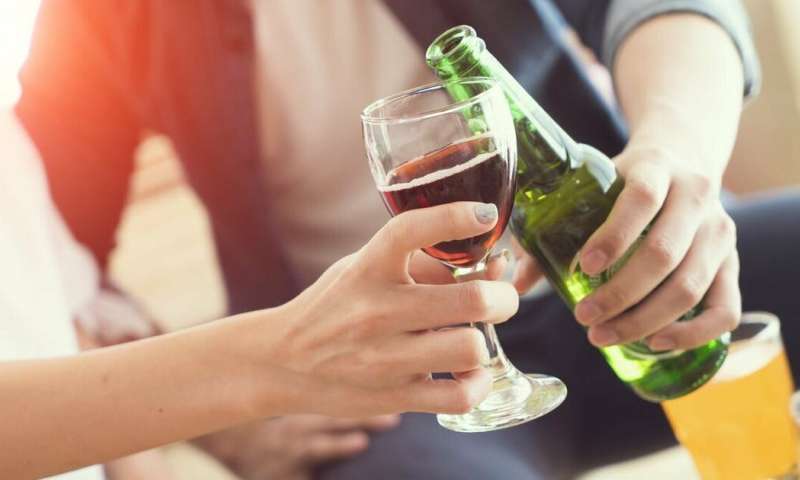 Glyphosate is back in the news again. The common weed killer, which has previously attracted controversy for its possible link to cancer, has been found in beer and wine.

So how much should we be worried? Hint: not at all. The amount detected was well below a level which could cause harm. And there are insufficient details in the methods section to feel confident about the results.

How was this study conducted?

One of the first things I do when evaluating a piece of research is to check the methods – so how the researchers went about collecting the data. What I found didn’t fill me with confidence.

The authors say they set up their experiment based on a technique called a mass spectroscopy method. This methodology has been used to measure the quantities of glyphosate in milk (but not alcoholic drinks). Mass spectroscopy is a very sensitive and specific method, and the authors quote the concentrations that can be reliably detected in milk with this approach.

But the method they actually used is called enzyme linked immunosorbent assay (ELISA). Importantly, you can’t use the concentrations that can be reliably detected with the mass spectroscopy to describe ELISA sensitivity. They’re not compatible.

ELISA is sensitive, but typically not as sensitive as mass spectroscopy, which uses an entirely different physical method to measure glyphosate.

ELISA also has issues of cross contamination. Biological samples for glyphosate measurement, whether ELISA or mass spectroscopy, need careful sample preparation to avoid cross-reaction with any other materials in the sample such as the common amino acid glycine, which looks quite similar to glyphosate and is present in much higher quantities. But the authors didn’t give any detail about the sample preparation used.

These issues make it difficult to be confident in the results.

We’ve seen this before with claims of detection of glyphosate in breast milk, which could not be duplicated. So given the lack of detail around the methodologies used, we should be cautious about taking these figures at face value.

What did they find?

For the sake of argument, let’s accept the researchers’ values and take a look at what they mean.

The highest level of glyphosate they measured was 51.4 parts per billion in one wine (in most of the beverages they found much less). That’s equivalent to 0.0514 miligrams per litre (mg/L).

The authors cite California’s Office of Environmental Health Hazard’s proposed “No Significant Risk Level” for glyphosate consumption of 0.02 mg/kg body weight/day. The limits are based on body weight, so a heavier person can be exposed to more than a person who weighs less, taking into account body volume and metabolism.

This is much lower than the EU Food Safety Authorities’ and Australia’s regulatory allowable daily intake of 0.3 mg/kg body weight/day.

If you’re drinking 33 litres of wine a day you have much, much bigger problems than glyphosate.

Alcohol is a class 1 carcinogen. Those levels of alcohol consumption would give you a five times greater risk of head, neck and oesophageal cancer (and an increased risk of other cancers). The risk of glyphosate causing cancer is nowhere near these levels. The irony is palpable.

This isn’t even taking into account the likelihood of dying of alcohol poisoning by drinking at this level – which will get you well before any cancer.

And that’s using the highly conservative Californian limits. Using the internationally accepted limits, an average adult male would have to drink over 1,000 litres of wine a day to reach any level of risk.

So how should we interpret the results?

The report does not contain a balanced representation of the risks of glyphosate.

They cite the International Agency for Research on Cancer’s finding of glyphosate as class 2 (probably) carcinogenic (alcohol is class 1, a known carcinogen).

But they don’t mention the European Food Safety authority finding that glyphosate posed no risk of cancer, or the WHO Joint Meeting on Pesticide Residues report showing no significant cancer risk to consumers under normal exposure.

They cite a paper on glyphosate supposedly increasing the rate of breast cancer cell growth, but not the papers that find no such thing.

They don’t cite the most important study of human exposure, the Agricultural Health Study which is the largest and longest study of the effect of glyphosate use. This study found no significant increase in cancer in highly exposed users.

The “report” claiming that there is glyphosate in wine and beer provides inadequate information to judge the accuracy of the claimed detection, and does not put the findings in context of exposure and risk.

Even taking their reported levels at face value, the risk from alcohol consumption vastly outweighs any theoretical risk from glyphosate. Their discussion does not fairly consider the evidence and is weighted towards casting doubt over the safety of glyphosate.

So you may enjoy your beer and wine (in moderation), without fear of glyphosate.

Why Some Powerlifters Are Against 'Equipped' Lifting