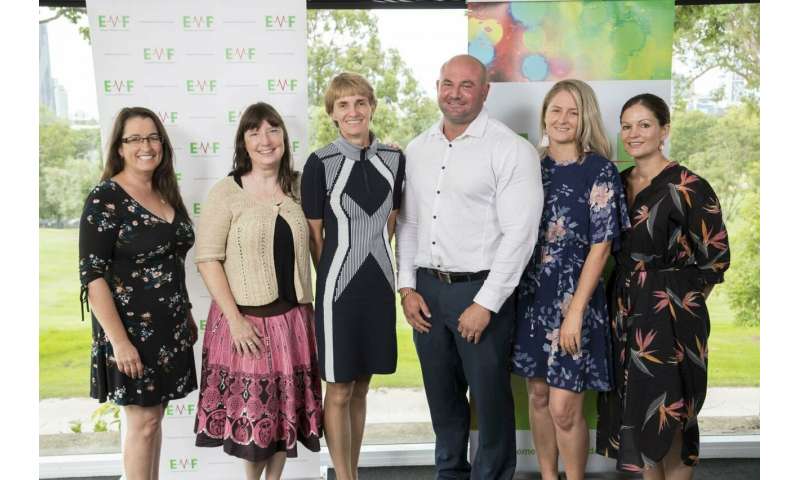 EMF piloted the program over three years, providing on-the-ground as well as remote support to clinicians based in more than 30 Queensland public hospital emergency departments.

“Emergency medicine is a fast-paced profession, which often leaves clinicians with little time or resources to engage in research,” said Dr. Hall.

“We were especially pleased to see a dramatic increase in the number of clinicians taking part in research along with smaller regional and rural hospital sites either running their very first research project or joining larger studies.

“This level of research activity equates to a significant number of new medicines and devices being trialled and adopted in our emergency departments as well as better ways to diagnose illnesses and provide care, which is especially exciting for patients in smaller hospitals where research can be limited due to resourcing.

“An important reason for the network’s success was the ability of our team to help emergency departments develop research strategies as well as working along side clinicians to develop their ideas for research projects, apply for research grants and publish outcomes.”

In explaining the impact of the RSN, Dr. Hall cited an example of the EMF RSN team helping clinicians at the Gold Coast University Hospital develop a project aimed at creating a formal protocol for emergency doctors to identify domestic violence victims and refer them to appropriate services.

The project received an EMF grant in 2017 and through the RSN nine emergency departments from across Queensland are now participating in the study, with further hospitals in Western Australia coming on board in 2019.

In an evaluation of the EMF trial from 2015 to 2017, which was recently published in the Journal of Health Organisation and Management, the RSN was shown to be unique internationally.

“Unlike many other emergency medicine research networks internationally, many of which focus on children, EMF’s network is inclusive of all areas of emergency healthcare. Most emergency medicine networks are also devised to link clinicians or sites to specific research projects, whereas we provide a skills-based infrastructure to foster research capability and we work to bring together emergency clinicians with other medical professions as well as academics and industry.

“Interestingly, EMF is also one of the few networks to capture performance metrics, which has allowed us to demonstrate the impact our program is having on research activity.”

Following the success of the trial, EMF is looking at opportunities to expand the Research Support Network in Queensland as well as nationally.

According to Dr. Hall the organisation will need to source external funding from governments, hospitals, universities and industry to co-fund the operational costs of providing the network.