Home » Health News » Milly may be a shelter dog, but she rescues me every single day 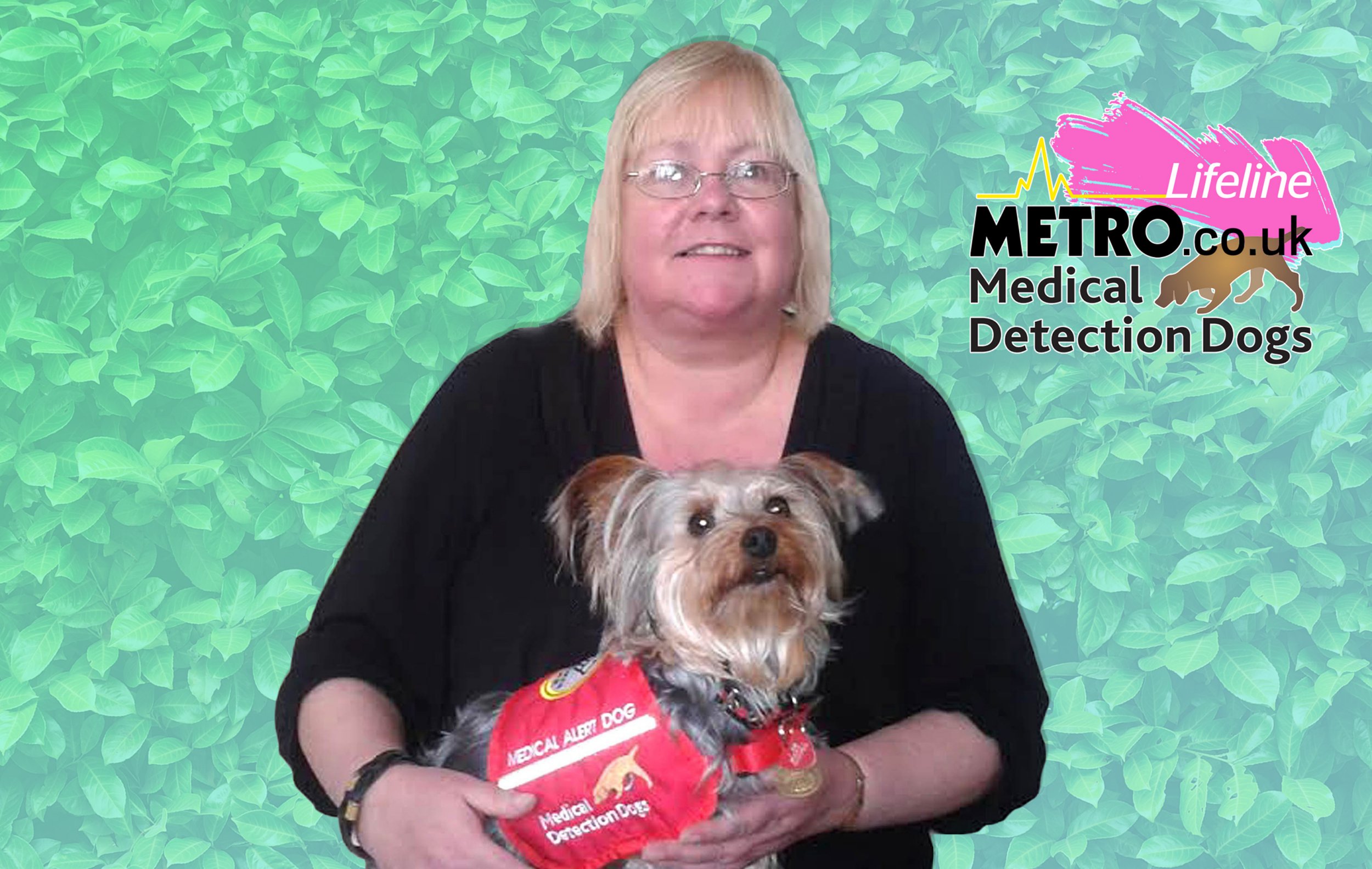 Until my little Yorkshire Terrier, Milly, came into my life, I felt like a prisoner in my own home.

My health was so unstable that I’d become too scared to go out and being stuck within the same four walls day in, day out, left me feeling incredibly isolated and low.

I’ve been an unstable diabetic, with Type 1 diabetes, for most of my life, but things took a turn for the worse when I was pregnant with my son, Adam, in 1989.

Suddenly I experienced very high or low blood sugar levels without any warning.

It meant that within seconds I could start shaking or talking nonsense, not aware of what was happening to me. In no time, I’d often end up fitting on the floor. Sometimes I even bit my tongue.

Each time I’d get rushed to hospital, where I’d have to stay for days until my blood levels stabilised, as they simply didn’t have the equipment to deal with Type 1 diabetes as they do today.

With each episode, I became more and more of a shell of my old self. It was very frightening and eventually I became too petrified to leave my house in case it happened in public or when I was all alone.

At home, I even installed a doorbell in my son’s room with the remote on my bedstead so that if I managed to press the button either before or after an episode he could come through and help.

It got to the point where I was left feeling so depressed, I didn’t even want to talk to anyone. My diabetes literally dominated every hour.

It meant I wasn’t able to work either, but I was desperate to put my time to good use, so eventually decided to volunteer for a charity.

I knew I could do admin work from home and, as I loved dogs, looked for one that worked with them.

That’s when I came across Medical Detection Dogs, a charity that trains dogs to sniff out diseases such as cancer, Parkinsons and, now, Covid. I didn’t even know such dogs existed and thought what they did was amazing.

Although I soon started volunteering for the charity, it didn’t occur that they might be able to help me.

It wasn’t until I’d been with them for a few months that a member of the team casually asked why I was housebound. When I told them about how my diabetes dominated my life, they asked if I had ever considered a Medical Assistance Dog.

They explained that as well as training dogs to sniff out illnesses, they also worked with them to help people with severe health problems like mine. For example, they were trained to alert someone if their blood sugar levels were growing unstable.

That same day I started my application. I knew it would take a while to find the perfect dog for me as back then in 2009 the charity was only starting out in Buckinghamshire and I was based hundreds of miles away in Scotland.

Study: Surgical face mask use does not affect performance of youth hockey players

BBC’s ‘Bad Influencer’ Will Tell The Story Of Belle Gibson