A leading eye hospital has been accused of ‘robbing from the blind’ after failing to reimburse a grandmother slowly losing her sight for treatment she has not received.

June Hanson, who has age-related macular degeneration (AMD), paid £12,000 before going ahead with surgery to improve her vision at the London Eye Hospital.

But the state-of-the-art clinic deferred her operation on the day it was scheduled, after she already travelled from her home in Buckinghamshire.

The hospital allegedly offered the 85-year-old £3,000 back and told her she wouldn’t be entitled to the full refund.

LEH eventually promised to refund the entire sum, minus £1,000 – but warned it could take six months for the money to drop.

But Mrs Hanson’s daughter claims her mother, who is a widow, has still yet to receive any of the money she was promised back and hasn’t heard from LEH for a year.

Her daughter Linda has spoken out about her mother’s ordeal, claiming the family wrongly assumed LEH was trustworthy. 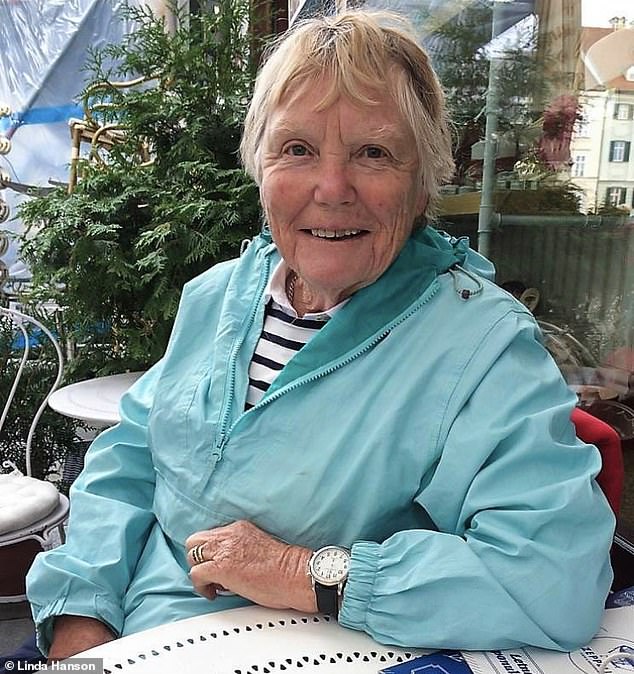 June Hanson, who has age-related macular degeneration (AMD), paid £12,000 up front to the London Eye Hospital for surgery to improve her vision

Linda, 62, who works in private healthcare, told MailOnline: ‘My dad was her eyes. They’ve [LEH] taken her money.

‘I can’t believe they are allowed to get away with that. It’s just downright robbing from the blind.’

Mrs Hanson, from a village near Aylesbury, agreed to have artificial lenses implanted in her eyes to help her vision back in January 2017.

Consultants at the LEH advised she needed the EyeMax Mono lenses in both of her eyes to help delay the progression of her AMD.

AMD affects about 600,000 people in the UK and occurs when the macula – the part of the eye responsible for central vision – deteriorates.

The EyeMax Mono lenses, pioneered by Bobby Qureshi at LEH, work by magnifying the vision and redirecting light rays to healthier parts of the macula. 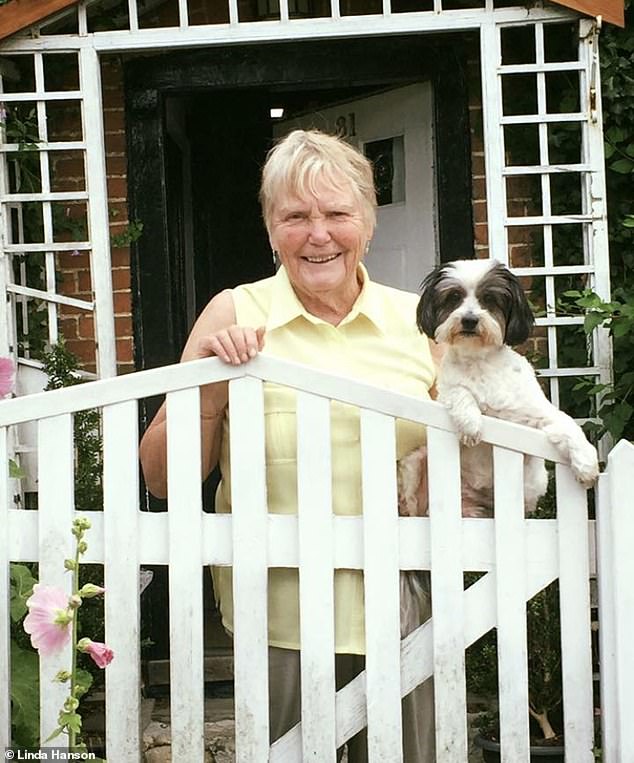 Her daughter Linda has spoken out about her mother’s ordeal, claiming the family assumed LEH was trustworthy because of its ‘lovely facilities’ (pictured: June) 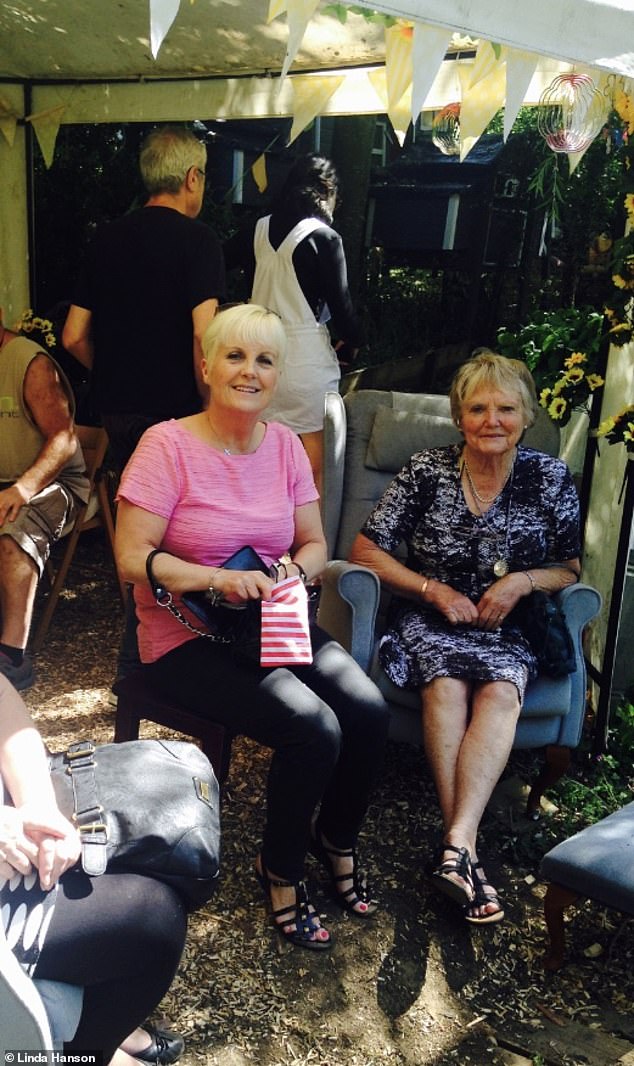 Linda, 62, who works in private healthcare, told MailOnline: ‘My dad was her eyes, they’ve taken her money’ (Linda is pictured with her mother, June)

The procedure, which can take as little as five minutes, was scheduled for May – but Mrs Hanson was asked to pay the five-figure cost up front.

She travelled down to the LEH’s clinic in Wimpole Street in May. The consultant then looked at her eyes and decided not to operate because of the condition of her eyes.

Ophthalmologists asked Mrs Hanson to seek a second opinion about the condition of her eyes before going ahead with the surgery.

That June, she was allegedly told by the second consultant that the expensive implants ‘would not help her sight one bit’.

Mrs Hanson, who can no longer drive, read or see any faces, decided to go away and contemplate whether she really wanted the lenses.

After a change of heart, she claims she tried to tell LEH that she no longer desired the procedure because of the second opinion.

Speaking on behalf of her mother, Linda said: ‘We (her family) went away to have a think about it. After a few days we decided there was no point in proceeding.

‘The consultant told her that her eyes wouldn’t improve, now why would anybody go ahead with surgery being told that?

‘But then we couldn’t get hold of them, we left lots of messages. In the end, we had to write to them.’ 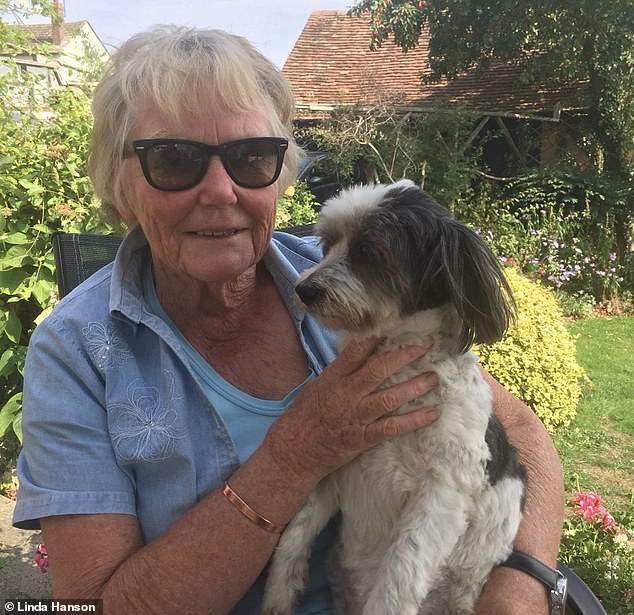 WHAT’S GOING ON BEHIND THE SCENES AT THE LONDON EYE HOSPITAL?

On its website, London Eye Hospital brags about its state-of-the-art facilities and prime location among London’s acclaimed medical district.

But there is a much different picture behind the scenes at LEH, which has branches on Wimpole Street and Harley Street.

The company is set to undergo a second winding-up petition on February 7, brought about by Nina Laramy, who claims to be a creditor of the company.

If successful, the companies assets could be sold and funds are paid to anyone that is owed money.

LEH is understood to be facing financial concerns over outstanding debts in relation to rent payments.

LEH claims its surgeons, of whom it listed four until last week, including Bobby Qureshi, are the ‘most experienced’ and ‘highly qualified’ in their field.

Their testimonial section contains more than 70 reviews, which are dominated by five star approvals – except for the handful of fours.

But its Facebook page painted a much different picture. The page can no longer be found on the social networking site.

LEH, which had more than 3,000 likes of its page when MailOnline visited it earlier in January, received a rating of just 2.8 out of five on the social networking site.

Mrs Hanson was reportedly offered a refund of £3,000 as a ‘gesture of goodwill’, after several attempts at getting her money back.

She denied the initial offer and was allegedly told the full money wouldn’t be given back because the refund was not on medical grounds.

By Christmas, LEH promised to refund all of the sum except for £1,000 – but warned it could take several months for Mrs Hanson to see the funds.

Her family began chasing the hospital the following June, when they were told the money should drop. However, they failed to get any reply.

In desperation, Mrs Hanson drafted in a solicitor to try and help her get the funds back. But so far it has proved unsuccessful.

Mrs Hanson has still yet to receive any of the money she was promised back and her eyesight has ‘continued to deteriorate’, according to her daughter.

Solicitors commenting on behalf of LEH said the hospital was sorry for any upset or inconvenience caused to patients.

They added that LEH has a documented system in place in dealing with refunds.

The spokesperson said: ‘These are currently being assessed to determine whether any form of refund is justified.

‘All patients who have contacted us through the formal process should have received an acknowledgement of their request.

‘While it is not possible to provide a definitive timeline for the resolution of each request, the LEH is committed to resolving these issues in a timely manner.’ 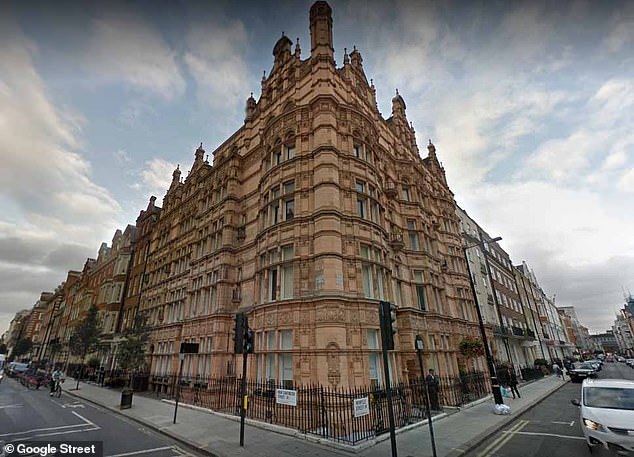 On its website, London Eye Hospital brags about its state-of-the-art facilities and prime location among London’s acclaimed medical district

WHO IS THE SURGEON BEHIND THE LENSES? 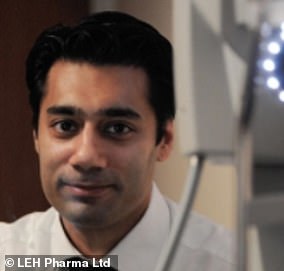 She underwent the 60-second implant procedure to treat age-related macular degeneration, which strikes around 600,000 people in Britain.

Following the actress’ revelation that she could finally read again, scores of patients, some in their 70s and 80s, alleged they were left with little or no difference to their eyesight after paying up to £25,000 for the heavily advertised procedure.

Dr Qureshi, who invented the EyeMax Mono and iolAMD lenses for treating age-related macular degeneration, boasts of being ‘arguably the most experienced AMD lens surgeon in the world’.

The ophthalmologist now faces being struck off after being summoned to appear before a disciplinary panel in Manchester facing allegations of dishonesty and misconduct.

Dr Qureshi, who lives abroad for ‘tax reasons’, tried to adjourn the hearing by the GMC Medical Practitioners Tribunal Service before it started two weeks ago. He argued that if he spent any more than 10 days in Britain before the start of April he may suffer ‘adverse tax consequences’. His appeal was denied.

Publicly available documents reveal many of the allegations made against the clinical conduct of Dr Qureshi. Most were made by 24 disgruntled patients. They include:

The hearing is expected to run until the end of March and the case has been described by a GMC official as ‘unusually long’, partly because of the high number of patients involved.

The panel will decide whether Dr Qureshi is fit to continue practising as a doctor in Britain. While the allegations could yet be dismissed, the panel could choose to give him a warning, suspend him from the register or even strike him off.

Dr Qureshi is no longer a director of LEH and is understood to have claimed little involvement with LEH since 2015.

But Companies House records show he didn’t officially stand down until May 2018 and patients told The Mail on Sunday they had seen him for consultations there in 2016.

Dr Qureshi is listed as the director of LEH Pharma Ltd – the company does not specify what LEH stands for.