Home » Health News » Is there such a thing as good vegan cheese?

For anyone switching to a plant-based diet, the hardest food to leave behind isn’t always meat – it’s the mozzarella melting in the toastie, or the Parmesan on pasta. Flavour and convenience can keep us clinging to our cheddar and Brie: when you need a quick meal or nibble to share with friends, there’s always cheese.

“For some people it’s the final frontier, but at least now we can now offer vegan cheese that’s as good,” says Jessica Bailey, whose Vegan Grocery Store in Melbourne, Sydney and online stocks 80 different plant-based cheeses, from cashew camembert to macadamia cream cheese. 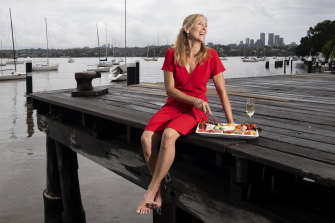 You’d expect someone selling vegan cheese to say that – but she’s also the first to admit that, in the past, vegan cheese has been more like plasticine than pecorino. The difference now? Many producers use whole foods like nuts as a base, Bailey says, rather than just coconut oil and additives, and use traditional cheese making methods.

One of them is Julie Martyn, a biomedical researcher turned cheesemaker. Like traditional dairy cheese, her Tasmanian Artisa brand of vegan cheeses is made using a culture.

“It involves the same type of lactic acid bacteria used in dairy cheese, but the culture is produced without the use of milk as a nutrient,” she explains. “The main ingredient is cashews with just a little coconut oil for mouthfeel, along with flavourings like black garlic and pepperberry. I wanted to make something you could invite people over to share with a glass of wine – and I couldn’t do that with most vegan cheese in the supermarket. ”

Like plant-based meat, plant cheeses are a mixed bunch. Along with nut based cheeses, there are others made with ingredients like oats, tofu or sprouted brown rice and it takes trial and error to nail which ones work for you.

“For some people it’s the final frontier, but at least now we can now offer vegan cheese that’s as good.”

The feta made with baked almonds I put in last night’s Greek salad lacked some of the salty bite of regular feta – but it also had less sodium so I’d use it again. Besides, if it’s a win for animal welfare and the planet, who minds a bit of compromise?

But are vegan cheeses healthy? That can depend on the price tag. Although supermarkets carry more affordable brands, they’re often based on coconut oil which means a lot of saturated fat – and that’s linked to a higher risk of heart disease and inflammation, says dietitian Amber Sewell-Green from Sydney’s Newtown Nutrition.

“These are OK in small amounts or as a garnish but not as the main component of a dish. It’s better to choose vegan cheeses based on nuts or other plant foods. The first three ingredients on the ingredient list make up the majority of the product,” Sewell-Green says.

“It’s a good sign if the cheese uses cultures – fermentation helps boost absorption of zinc from legumes, nuts and seeds – and probiotics promote healthy gut bacteria. Nutritional yeast is another good ingredient but avoid products with a list of additives and, if possible, choose cheeses with less than 400 milligrams sodium per 100 grams and less than 5 grams saturated fat per 100 grams – although less than 3 grams per 100 grams is ideal.”

But while healthier vegan cheeses have their advantages, unlike dairy products they’re not usually a source of calcium, she adds. You have to get that elsewhere. Two slices of dairy cheese – around 40 grams – has 200-300 milligrams of calcium. You can also get that amount in a cup of calcium-fortified plant milk, 150 grams of tofu providing it’s set with calcium (calcium-set tofu lists calcium sulphate or the numbers 509 and 516 on the label), three teaspoons of almond butter or tahini and half a cup of almonds or one and half cups of Asian greens. Chia and hemp seeds are quite a good source too.

Because better vegan cheeses can be expensive she suggests using them sparingly.

“As a crumble on salad, pasta sauce, risotto or roast vegetables, for instance, or through couscous or in stuffed vegetables like mushrooms or capsicum. If I use them on a cheese platter, I’ll include other foods like dried fruit, olives and vegetables.”

A dietitian picks some of the best vegan cheeses

Amber Sewell-Green recommends the following (most are likely to be available at specialty shops or online, rather than supermarkets).

Made with Plants   Their cheddar and mozzarella are based on sunflower oil and coconut oil so less saturated fat than many other budget brands. “It also has added calcium – I think this is the healthiest of the vegan cheeses available in supermarkets.”

Green Vie Range includes mozzarella, gouda, cheddar and ‘Parveggio’, a plant version of Parmesan. “Still mostly coconut oil based, but minimal additives and fillers and not bad for melting.”

Artisa A range of cheeses based on cashews, water, Tasmanian sea salt and culture, and botanical flavourings.

Make the most of your health, relationships, fitness and nutrition with our Live Well newsletter. Get it in your inbox every Monday.

Most Viewed in Lifestyle

Counties with more trees and shrubs spend less on Medicare