Home » Health News » I am constantly worried that I am very ill: What it's like to be a hypochondriac

It started with a couple of muscle twitches while I was trying to sleep; a common but harmless occurrence lots of people experience as they’re dozing off.

And yet, I convinced myself that it had to be something more ominous.

I immediately visualised the time on my lifespan clock halve itself, as I told myself it was the degenerative, nerve-destroying ALS.

Entertaining my health anxiety for even a second in this way was enough to trigger a panic attack.

I found myself lying awake all night, desperately trying to disrupt my thoughts, until eventually I couldn’t physically keep my eyes open anymore, around 6am.

This wasn’t rare for me; intense panic about my health usually reared its ugly head about once a week alongside a constant undercurrent of anxious thoughts.

However, out of the last 15 months of living this way, this was a particularly bad episode.

Usually, my worries would subside by the following day but this time they persisted. I remained uneasy and it felt impossible to ignore my deep-down fear that something more sinister was going on.

After making an appointment with a GP, he examined my various limbs and checked their reflexes before concluding that my symptoms were probably just anxiety.

But even afterwards, I remained nervous. 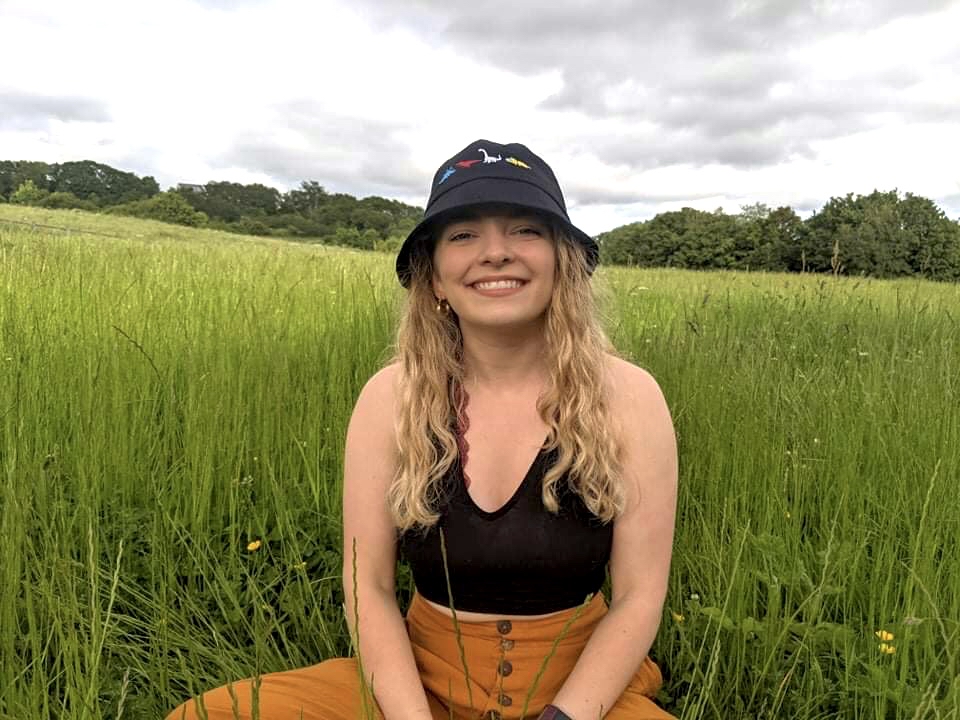 I had mentioned to the doctor that I suffer from health anxiety during the initial phone consultation, which I regretted. I worry that when I do tell medical professionals this, it influences their diagnosis or means I’m taken less seriously, even if only on a subconscious level.

And unfortunately, although this doctor genuinely appeared to take my concerns seriously, it did feel like my symptoms had been too hastily attributed to anxiety.

Health anxiety, also known as hypochondria, is characterised by excessive worrying that you will become seriously ill. But this definition barely scratches the surface of what it’s like to live with it.

It can entail a myriad of symptoms, such as body checking (where you habitually scan your body for signs of illness), obsessively researching health information, worrying that the doctors have missed something, and even projecting your own health concerns onto loved ones.

Since being diagnosed in December 2020, my journey has been an ongoing battle. But what’s struck me the most is realising how hard it is to exist in the digital world with health anxiety. It’s like a living nightmare that renders me powerless over my actions and thoughts.

My health anxiety first began to develop during the beginning of the pandemic.

Before lockdown, I had suffered a series of minor, common illnesses that were very uncomfortable in the short term. My most memorable was my bout of tonsillitis.

I’d never had it before so I dismissed it as a bad cold for over a week, until eventually I could no longer eat or drink without crying in pain. It felt like knives were slicing my throat every time I swallowed, and I sobbed down the phone to the doctors begging for an appointment when they said they had none available for that day.

Even after I recovered, the discomfort of these illnesses still lingered on my mind.

So when lockdown started, the lack of distractions alongside an overwhelming amount of time alone with my thoughts exacerbated these uncomfortable memories of being ill. And looking back, I’m confident that this period of illness played a part in the start of my health anxiety.

Throughout lockdown, I would alternate between obsessively googling symptoms and making a mental note of any bodily sensations that I might need to worry about.

In a short space of time, I’d managed to internally stack up a pretty hefty pile of conditions I thought I might have. My mental health began to deteriorate, and anxiety became an unwelcome but constant presence; I felt like a shell of my old self.

But it wasn’t until I vocalised one ongoing symptom of abdominal discomfort to my mum that I pursued any medical attention. All of the other symptoms I had been worrying about were inconsistent, but the abdominal discomfort appeared daily for over two months until I could no longer ignore it.

I was prescribed medication to help the pain and referred to the hospital for an ultrasound. A few weeks after I had my ultrasound, I received a phone call from my GP to discuss the results.

They had come back normal, with no signs of anything sinister, he only remarked on a few small ovarian cysts. While I was somewhat relieved, I remained anxious because the symptoms I had been experiencing were real and still ongoing.

I tried to get an explanation, asking if these cysts could have been responsible for my abdominal discomfort, as ovary pain is a symptom of PCOS. But I was never definitively told, only reassured that I had nothing to worry about.

I hoped after getting checked out that the obsessive thoughts about my health would stop, but they only progressed. At this point, I didn’t fully acknowledge that it was health anxiety I was experiencing. It was around six months later, when I worked myself into a particularly distressing panic attack one night that I was prompted to seek medical advice.

I arranged a telephone appointment with my GP, who listened to my concerns and agreed that it sounded like I was suffering from hypochondria. After diagnosing me, she prescribed me anxiety medication to help manage the symptoms and also advised me to refer myself for Cognitive Behavioural Therapy (CBT).

Initially, the medication was ineffective but, after a dosage increase, my physical symptoms lessened and my thoughts became more manageable. However, I found CBT made my health anxiety worse, as it meant ruminating on my worries to tackle them – and before I could make any progress with it, the sessions stopped because of my relocation.

Since then, I’ve been on a waiting list to start up CBT again and, in the meantime, I’ve tried my best to put what I did learn into practice. Namely, how to break the vicious cycle of anxiety.

For example, when I feel the urge to google symptoms, I delay acting on this impulse for five minutes.

But in truth, I feel like I’m fighting a losing battle. The supply of worries is constant; one day I’m paranoid my heart will suddenly stop in my sleep, the next I’ve convinced myself that a new spot on my leg is cancer.

And it doesn’t help that I’m plugged into the internet, where there seems to be a never-ending supply of health scare stories.

I might be harmlessly scrolling through TikTok when suddenly I’m confronted with a video spotlighting someone’s incredibly rare illness, and before I know it, I’ve worked myself into a panic about having the same thing.

Or I’ll stumble across an article about someone whose cancer was continually missed by doctors, which makes me feel distrustful of my GP.

Don’t get me wrong, I know that ultimately only I have power over how much digital media I consume, but that doesn’t subtract from how distressing it can be.

I want to be able to go on social media or watch the telly without suddenly being ambushed by something that will rob me of sleep that night.

When my anxiety gets particularly loud, I’ll usually seek reassurance from my family. But most of the time I feel embarrassed opening up about it because I know it’s irrational, and yet my irrationality almost always prevails.

It’s hard to pinpoint what can be done to support people with health anxiety, because a doctor’s reassurance often only provides temporary relief, and you can only avoid triggers so much in a world that’s digitalisation is ever-growing. But ultimately it lies in better and more immediate therapy resources.

Although I’m cautiously optimistic, I hope for a future where our NHS is revived and all its sectors are adequately funded, so even for people with conditions like health anxiety, they can tackle it early and never see it progress into the monster it’s capable of becoming.

And I hope one day for a future where I overcome my health anxiety because that version of me has existed before and I know it can again.

In this exciting new series from Metro.co.uk, What It Feels Like… not only shares one person’s moving story, but also the details and emotions entwined within it, to allow readers a true insight into their life changing experience.