Home » Health News » HPV vaccine: What is HPV? How does it cause cervical cancer?

Cervical cancer is caused by the Human papillomavirus, a common sexually transmitted infection. The infection is known as a primary cause of cervical cancer but is also responsible for a number of other cancers. These include cancer of the vagina, penis, anus, throat, tongue and tonsils. Since the first routine vaccines were introduced in 2008, the number of cervical cancer cases have massively declined.

Cervical disease is the precursor to cervical cancer, which presents as a cluster of abnormal cells and lesions. 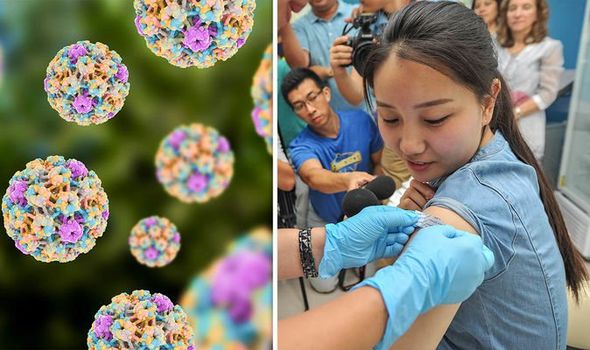 HPV is a type of papillomavirus, an ancient virus with several hundred variations.

Normally, infections will clear up independently without symptoms, and most people will be unaware they ever had them.

However, they can develop into several different types of cancer. 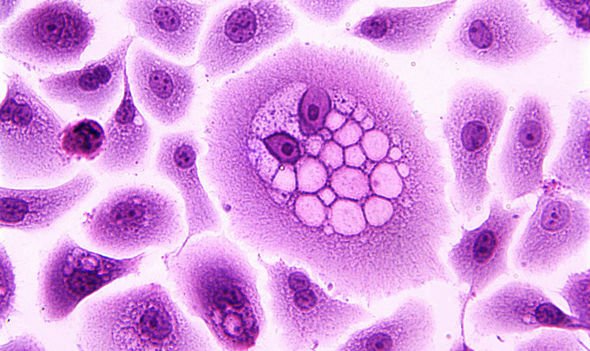 How does HPV cause cervical cancer?

According to cancer research UK, virtually all cases of cervical cancer are rooted in an HPV infection, and 3,100 cases are diagnosed each year.

HPV causes cancer by prompting cells to divide at a much quicker rate than normal.

Persistent infections cause damage to DNA, and cells start to divide out of control, leading to cancer.

Early vaccines are key to reducing the infection and according to the recently released data, the biggest decline was monitored in women who were vaccinated aged 12 or 13 (89 percent) compared to a 51 percent reduction in those vaccinated at 17. 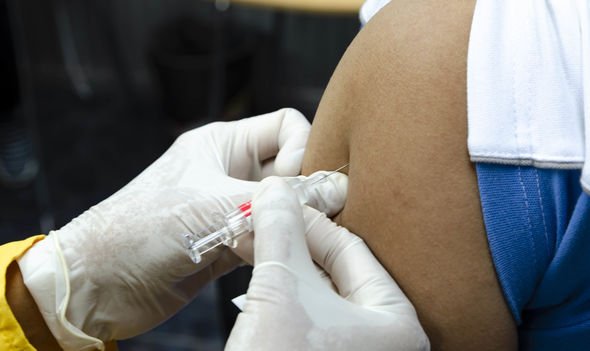 This may be because the vaccine is most effective for those who have not encountered HPV before.

Speaking in an editorial attached to the study, BMJ Medical Director Julia Brotherton some of the importance of widespread screening and HPV vaccination.

She said: “We must work towards a world in which all girls and their families are offered, and the majority accept, HPV vaccination, wherever they live.

“We must also actively develop, resource, and scale-up more effective, feasible, and culturally acceptable strategies for cervical screening, such as self-collection of specimens, 12 if we are ever to effectively reduce the global burden of cervical cancer.”

First Dates’ Merlin Griffiths is being ‘honest’ about his cancer