How algae could stop the need for amputations: Capsules made from the aquatic organisms ‘increase blood flow to damaged limbs’

The aquatic organisms, similar to plants in the garden pond, increase blood flow to damaged limbs, animal research has found.

Experts hope it will treat patients with critical limb ischaemia (CLI), which can be caused by smoking, diabetes or obesity.

Current treatment methods for CLI, which is estimated to strike 60,000 people in the UK each year, aim to help blood flow by widening the arteries or using a graft.

But these procedures can often fail and up to 50 per cent of people will either die or need amputation within one year. 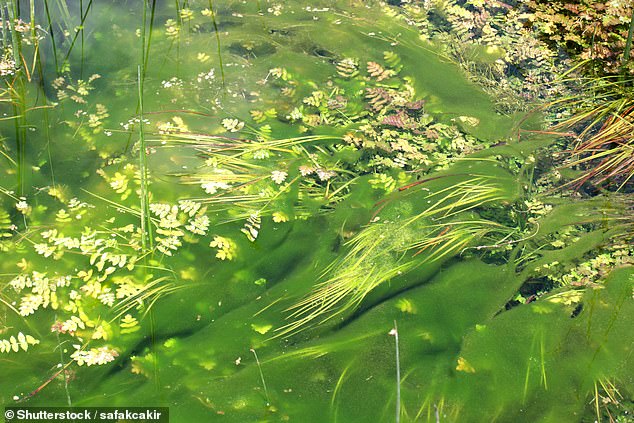 Algae, not too disimillar to plants found in the garden pond, have been found to increase blood flow to damaged limbs and could therefore stop the need for thousands of amputations

Researchers at St Thomas’ Hospital and King’s College London made the capsules from brown algae found in cold waters in the Northern Hemisphere.

Alginate from the cell walls of brown algae hold macrophages, a type of white blood cell.

Professor Bijan Modarai and his colleagues gave the algae-based capsules to mice to target areas of injured muscle tissue in their back legs.

Scientists have been experimenting with cells as a treatment to grow arteries in the leg for years, however, these treatments have not been effective in humans.

Many of the cells injected into the injured area die, move away to surrounding areas, or are detected as ‘foreign’ by the immune system and rejected.

But the macrophages stayed in the correct place and worked effectively, according to the research funded by the British Heart Foundation. 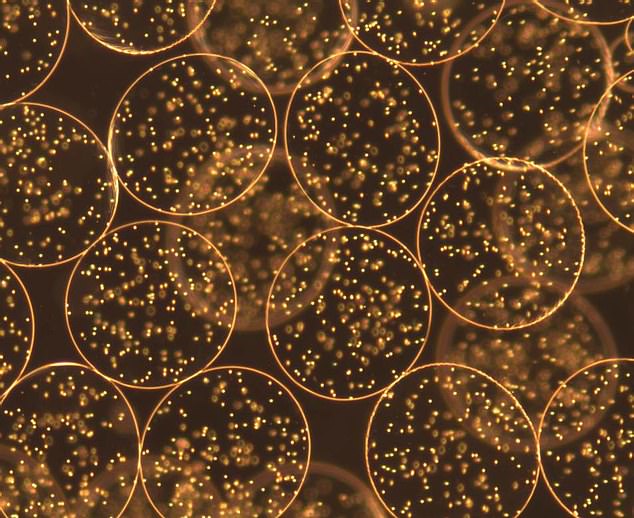 WHAT IS CRITICAL LIMB ISCHEMIA?

Ischemia is a severe condition that can cause tissue damage and loss of limbs.

Ischemia can occur in any muscle group, organ, or tissue in the body.

It can cause peripheral artery disease (PAD) or may critical limb ischemia (CLI) in severe cases.

In the limbs, early symptoms of ischemia may include pain, burning, or cramping in the muscles with exercise that goes away with rest.

Sudden onset of leg ischemia may cause severe pain, loss of pulses, coldness of the limb, paleness of the skin, and even leg weakness and loss of sensation.

CLI is a serious complication of peripheral arterial disease (PAD), and occurs when the arteries in the limbs become blocked as a result of a build-up of fatty deposits, reducing blood flow to the hands and feet.

CLI occurs in around one per cent of all people with peripheral arterial disease.

BHF estimates this to mean between 500 and 1000 new cases each year per million people in the UK population. Statistics for the US are not clear.

Currently, to treat CLI and restore blood flow in the limbs, the blocked section of the artery has to be either bypassed during surgery or widened using a small piece of expandable mesh called a stent.

However, in up to a third of patients, these methods will eventually fail or are not possible to begin with and amputation is the only option.

Professor Modarai said: ‘We hope that this new method of cell therapy will greatly reduce the need for limb amputations in those people whose CLI is untreatable, and would otherwise have no other option.

‘The beauty of this new algae-based treatment is that it harnesses the potential of natural materials.

‘Not only does this make it a very attractive solution, but we know we can use it to safely treat people with CLI.’

Professor Metin Avkiran, associate medical director at the British Heart Foundation, said: ‘You might associate algae with your garden pond.

‘But our researchers are proving these diverse organisms could hold the key to a new treatment for one of the leading causes of limb amputation.

‘Losing a limb is an all too devastating reality for many patients with CLI.

‘The condition is caused by blockages in arteries that supply blood to the legs and feet, and is triggered by the same process that blocks coronary arteries when someone has a heart attack.

‘This research brings us a step closer to finding treatments for the thousands of people affected by this disabling condition in the UK.’

‘It’s a myth!’: Doctor challenges widely-held belief about the importance of breakfast