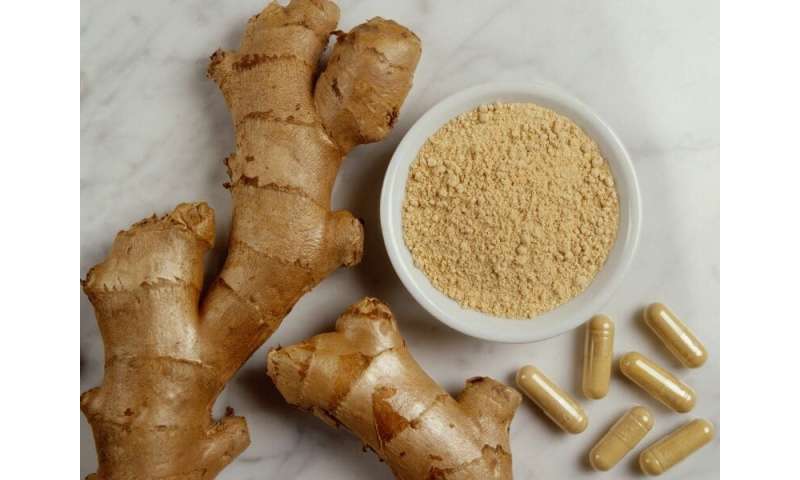 (HealthDay)—Zesty ginger is more than just a great way to dress up your favorite recipes. It contains a potent immunity booster—its active compound gingerol is an antibacterial and anti-inflammatory compound.

Ginger is also a source of vitamin C and the minerals potassium and magnesium.

Ginger root is inexpensive and easy to find in the produce aisle of your local grocery store. Look for a piece that’s firm and smooth. It may have many nubs, but they shouldn’t be shriveled. The skin should be a light brown and fairly smooth. Ginger keeps well for up to a few weeks in the produce bin of your fridge. Keep it wrapped in a paper towel and change the towel whenever it gets damp.

Many people peel ginger with a spoon, scraping off the skin with an edge. But a veggie peeler works too and may be faster. When a recipe calls for minced ginger, after peeling, make horizontal slices and then cut each slice into matchsticks and cut the match sticks into tiny pieces. For grated ginger, you could use a mini food processor or, even better, a microplane—just run one trimmed end of a piece of ginger across the metal mesh and let the ginger and its juice fall into a bowl.

Ginger is perfect for jazzing up salad dressings and marinades and for making an herbal tea. For a simple main course, try it in this tasty vegetarian stir fry.

Warm a large skillet over medium heat. Add the sesame oil, then the vegetables and the ginger. Cook three to four minutes, stirring often, until the veggies soften. Add the rice and the soy sauce and toss well. Serve immediately.

Coronavirus: ‘It is inevitable’ – expert’s stark message to UK public over China outbreak

This Is How Often You Should Train Your Core

Is Acetaminophen Really Safer Than NSAIDs in Heart Disease?