President Donald Trump brought up “late-term abortions” during the 2019 State of the Union, and it’s left doctors scratching their heads.

“As a board-certified Ob-Gyn, I wish people understood that the term ‘late-term abortion’ is not remotely a medical term. In fact, even Ob-Gyns don’t know what people are referring to when we hear this term,” said ABC News chief medical correspondent Dr. Jen Ashton.

The phrase has come up recently as a result of the passage of a law in New York concerning reproductive rights in the state, as well as comments made by the now-embattled governor of Virginia describing a hypothetical situation.

During his speech Tuesday night, Trump described how the New York law would “allow a baby to be ripped from the mother’s womb moments before birth” and said that “these are living, feeling, beautiful, babies who will never get the chance to share their love and dreams with the world.”

That description made no mention about the rare circumstances that would lead to an abortion happening later in a pregnancy — which includes spinal and genetic anomalies that would prevent a viable life, rather than just a decision by the mother that she does not want the child — and the misconception has caused outrage and misunderstanding that doctors have tried to clear up.

The American College of Obstetricians and Gynecologists (ACOG) released a fact sheet in early February about abortions that take place later in a pregnancy. It begins by noting that “politicians should never interfere in the patient-physician relationship.”

Dr. Sarah Horvath, an OB-GYN who is in a family planning fellowship at ACOG, told ABC News that the phrase “late-term abortion” is “inaccurate and purposefully confusing language that’s used for political reasons.” 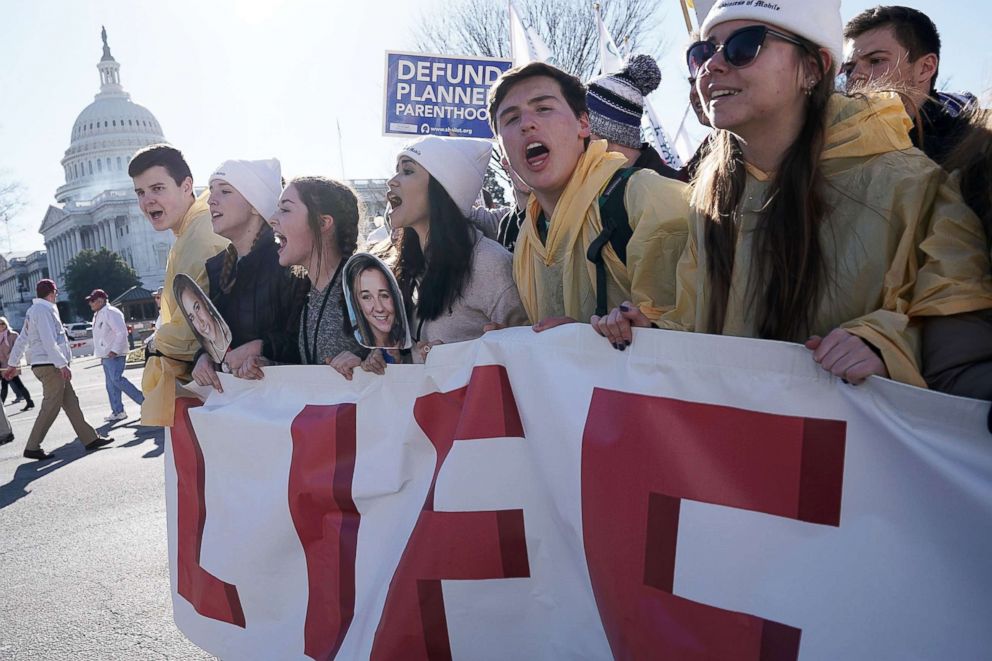 Horvath said that there is no set time limit for what is considered “late” in a pregnancy. The average pregnancy spans 40 weeks.

States differ as to whether or not they set a time limit — typically either 20 or 24 weeks — as to when an abortion can be obtained, with exceptions, or if their limit is set to fetus “viability” which allows for individual case considerations to be taken into account.

More conservative states have been pushing for so-called “heartbeat” bills, where an abortion is banned, with exceptions, once a fetal heartbeat can be detected, which can occur as early as six weeks into a pregnancy when some women may not even know that they are pregnant.

“In terms of second trimester terminations, there are often cases where serious anomalies are not detected in the fetus until the second trimester. There are also cases in which the life or medical condition of the woman is at serious risk if the pregnancy were to continue,” Ashton said.

Horvath said that she has had patients who face the “devastating” situation of having an abortion later in their pregnancy, including one patient who lived in New York. 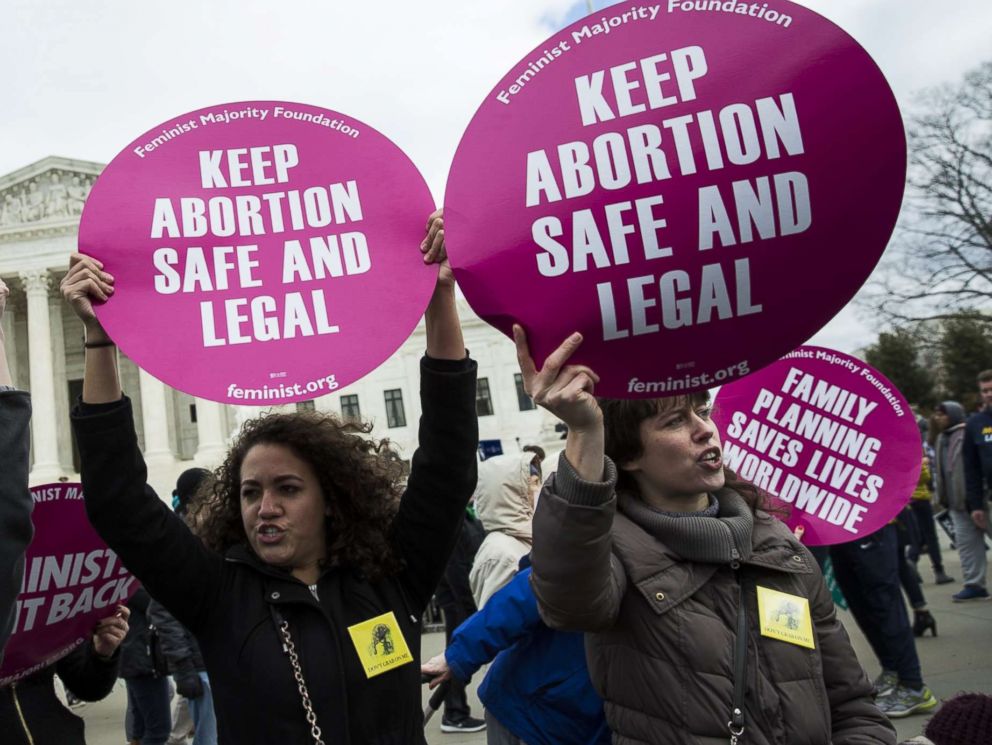 Horvath described how the patient, whose name she did not share, had a “very wanted pregnancy” and everything “looked like it was going to be a normal pregnancy” until the 26th week. It was at that point that the woman was diagnosed with a “lethal fetal skeletal anomaly.”

“It develops later in pregnancy. She had an ultrasound at 20 weeks that had shown a healthy pregnancy and it was only after 24 weeks that this was actually diagnosed,” Horvath said of the situation. “This is completely incompatible with life outside the uterus.”

The new law in New York

The situation with this patient occurred before New York Gov. Andrew Cuomo signed the Reproductive Health Act into law on Jan. 22 of this year. The law adjusted the legal framework for abortions in the state, setting it to a fetus viability standard as opposed to a set gestational age, and changing laws that criminalized certain later abortions.

Horvath said that the viability standard “is a much more accurate way of determining whether a fetus can live outside of the uterus.”

The ACOG, which is a nonprofit association with more than 58,000 members, uses viability as their standard as well.

“Viability is the capacity of the fetus for sustained survival outside the woman’s uterus. Whether or not this capacity exists is a medical determination, may vary with each pregnancy and is a matter of judgement of the responsible health care provider,” the ACOG wrote in a statement about their position on abortion.

In the case of the patient Horvath treated, because the new law was not yet in place in New York, and because when she was diagnosed with the lethal fetal skeletal anomaly her own life was not in danger, she “had no ability to obtain abortion care in her home state.”

“She was forced to continue to carry a pregnancy that she knew was never going to be able to survive and become a healthy baby,” Horvath said. “Several weeks later it demised in utero and she was then able to have the procedure to remove it from her uterus.”

The difference that the new law would have made in that patient’s case, Horvath said, was that she would have been able to be treated in her home state and not have to “wait with the knowledge that she was carrying a doomed pregnancy.”

“It’s really important to remember that every one of these situations is complicated and difficult for the woman and that’s why it’s much better that its left for her to discuss with her physician and the people in her life who can love her and support her and help her make the right decision for her,” Horvath said.

While the passage of the law in New York has prompted some discussion about abortion laws, Virginia Gov. Ralph Northam, who previously worked as a pediatric neurologist before entering politics, also waded into the fray by talking about the issue during an appearance on a radio show. 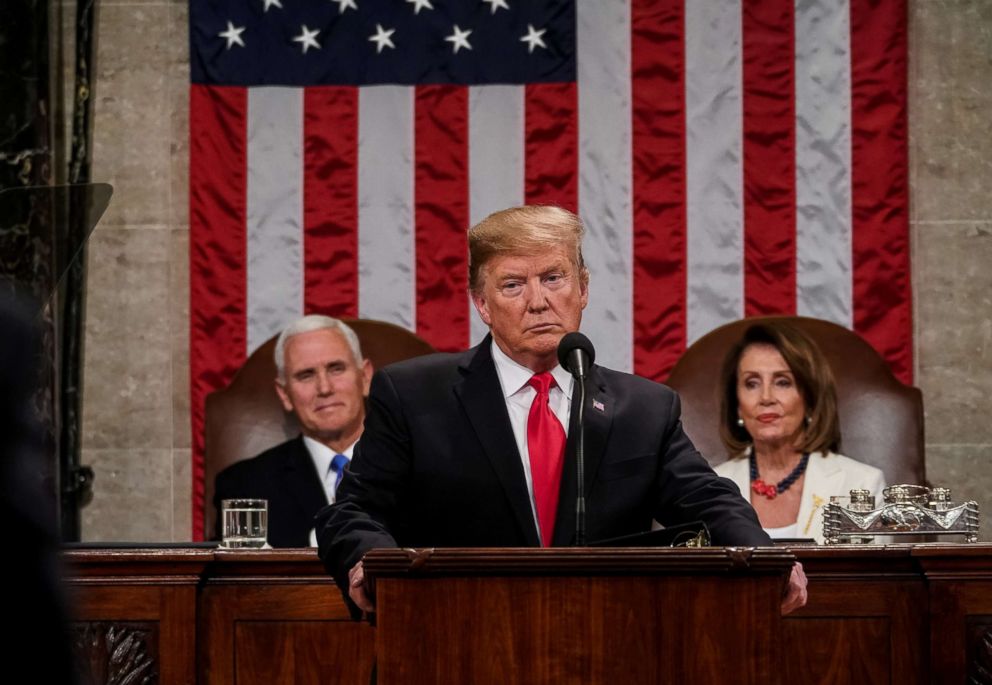 During the State of the Union, Trump said “the governor of Virginia … stated he would execute a baby after birth.” Trump also said that the law in New York would “allow a baby to be ripped from the mother’s womb moments before birth.”

Experiencing a gout attack? This herbal remedy may alleviate symptoms

Dementia symptoms: Seven early signs of vascular dementia to watch out for