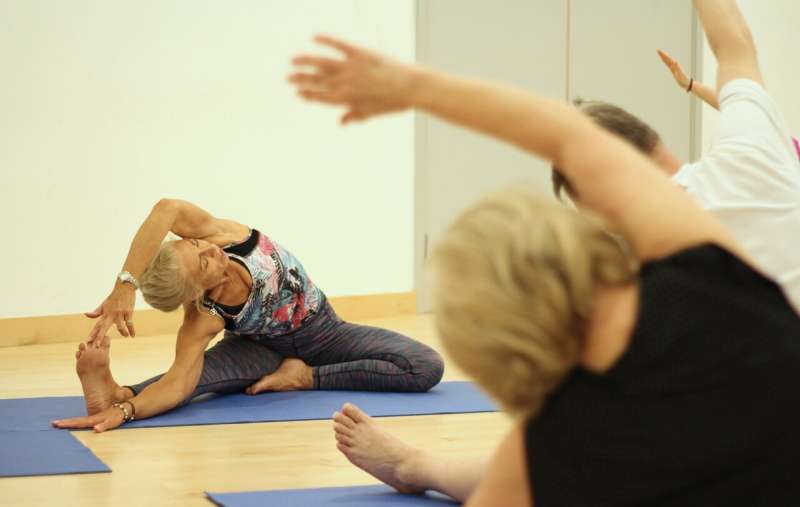 Deakin University academics have developed a new approach to health and fitness that could revolutionize the way older Australians exercise and improve their sense of well-being.

Researchers found “exercise snacking”—where wannabe fitness fanatics perform short bursts of regular bodyweight at home strength training—could be enough to maintain movement and enhance the quality of life of Australians aged 65 and over.

An exercise snack is a routine of five different exercises such as single-leg knee bends, sit to stand, or single-leg quarter squats performed continuously for one minute with a one-minute passive recovery break in-between.

Project lead Dr. Jackson Fyfe of Deakin’s Institute for Physical Activity and Nutrition (IPAN), said the key was to perform the exercise routines at least once per day.

Dr. Fyfe said it was therefore important the community worked to break down traditional barriers to fitness faced by older Australians and instill long-lasting healthy habits that would keep them mobile in their twilight years.

“The benefits of exercise are well known, but despite this just 6% of adults aged 50 and over meet the current guidelines for muscle resistance training,” Dr. Fyfe said.

“There are lots of reasons why people choose not to exercise. There could be cost factors, fears of getting injured, or feelings of not having enough time, being daunted by the idea of using a gym, or simply lacking the interest and motivation to exercise.

“What our study found was that by breaking down exercise routines to bite-size intervals of bodyweight movements simple enough to be done at home, people were more likely to stick to their programs, gained confidence in doing new movements, and felt it was having a positive impact on their health.”

Data by the Australian Institute of Health and Welfare and the Australian Bureau of Statistics shows Australia’s population is aging due to increased life expectancy and declining rates of fertility.

As of June 2020, there were an estimated 4.2 million older Australians aged 65 and over, with older people comprising 16% of the population. This percentage is expected to grow to between 21 and 23% by 2066.

The researchers were surprised to discover a high rate of adherence among the exercise groups, with between 81 and 97% of participants sticking to their routines.

Of the study participants, 82% also flagged they planned to continue exercising once the study was over.

“Four weeks is not long enough to determine if there are physical benefits to exercise snacking sessions, but there are already plenty of related studies that show minimal-dose resistance training offsets the negative effects of aging and improves mental health,” Dr. Fyfe said.

“Australia has an aging population and we wanted to show that exercise interventions to assist older people to maintain movement and improve their health and well-being do not need to be onerous.

“These findings show it’s never too late to start exercising and that even small amounts of regular exercise can create positive results.”

The first detailed characterization of candelabrum cells in the cerebellar cortex

Hay fever symptoms: The sign on your skin which means you could have a pollen allergy

Hepatitis C screening doubles when tests ordered ahead of time