Emilia Clarke, now 32, suffered and survived two brain aneurysms while filming HBO’s Game of Thrones in 2011, when she was 24 years old. Preparing for the start of season 8 of the fantasy drama, the actress made an appearance on CBS Sunday Morning where she spoke about the ordeal and shared images of her hospitalisation. She divulged: “The first time it was difficult, with the second one I found it much harder to stay optimistic. [I coped with it as] a day to day thing. I definitely went through a period of being…down – putting it mildly.”

As blood passes through the weakened blood vessel, the blood pressure causes a small area to bulge outwards like a balloon.

The two most common places this can occur are the abdominal aorta, the artery that transports blood away from the heart to the rest of the body, and the brain.

Most brain aneurysms only cause noticeable symptoms if they burst, the health body goes on to explain.

“This leads to an extremely serious known as a subarachnoid haemorrhage, where bleeding caused by the ruptured aneurysm can cause extensive brain damage and symptoms.”

Emilia explained when a part of your brain is starved of blood for more than a minute it dies, which is what happened to her after her second aneurysm. 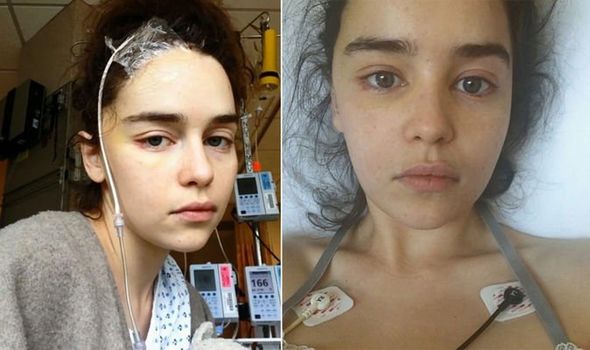 “So, they [the doctors] literally were looking at the brain and being like, ‘Well, we think it could be – could be her concentration, it could be her peripheral vision,’” she said.

She joked: “I always say it’s my taste in men.”

Then added: “For a very long time, I thought it was my ability to act…that was a deep paranoia.”

The star returned to shoot the second season after the ordeal and mentioned how she had no time to “question her own mortality” because she was so busy.

She said: “You go on the set, and you play a badass character, and you walk through fire, and you speak to hundreds of people, and you’re being asked to be – to work as hard as you possibly can.

‘And that became the thing that just saved me from considering my own mortality, yeah.” 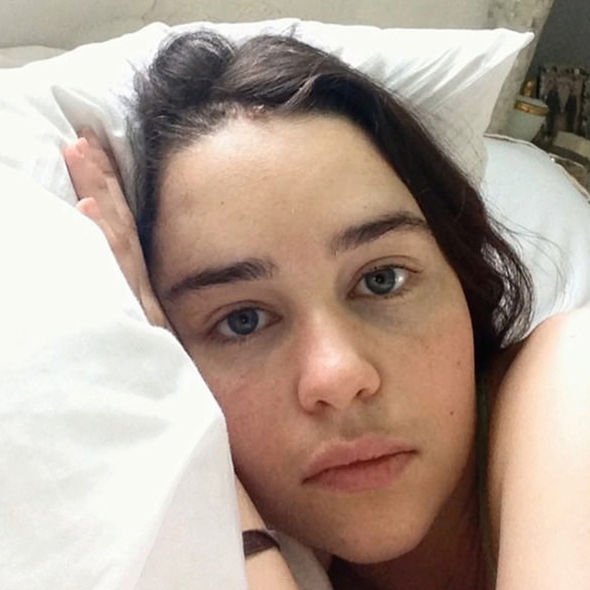 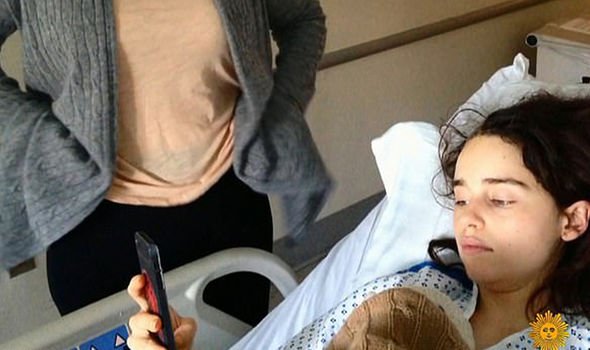 Symptoms of unruptured brain aneurysm, according to the NHS, can include:

Most aneurysms won’t rupture, but it’s important to get it checked in case treatment is necessary.

Symptoms of a ruptured brain aneurysm usually begin with a sudden agonising headache.

The health body adds: “It’s been likened to being hit on the head, resulting in a blinding pain unlike anything experienced before.

“Other symptoms of a ruptured brain aneurysm also tend to come on suddenly and may include: feeling or being sick, a stiff neck or neck pain, sensitivity to light, blurred or double vision, sudden confusion, loss of consciousness, fits (seizures), weakness on one side of the body or on any limbs.”

A ruptured brain aneurysm is a medical emergency so you should call 999 immediately.

Another Game of Thrones star who’s spoken about their health is Lena Headey, who plays Cersei Lannister.

This article contains affiliate links, which means we may receive a commission on any sales of products or services we write about.

This article was written completely independently.