For countless women, it’s a development that could relieve hot flushes, night terrors, anxiety, rage, loss of libido and a host of other debilitating symptoms.

Little wonder, then, that this week’s announcement that the menopause can be delayed by up to 20 years thanks to a pioneering operation was greeted with such enthusiasm. It means that the blight of the ‘change’ may soon be a thing of the past.

But, while I appreciate the suffering the menopause can cause, I do question whether a development that enables women to keep their biological clocks ticking on and on is really such a good idea.

The procedure, known as ovarian tissue cryopreservation, involves removing a small piece of a pre-menopausal woman’s ovary and freezing it. When she reaches the menopause, the tissue is thawed and transplanted back into her body to kick-start hormone production again. 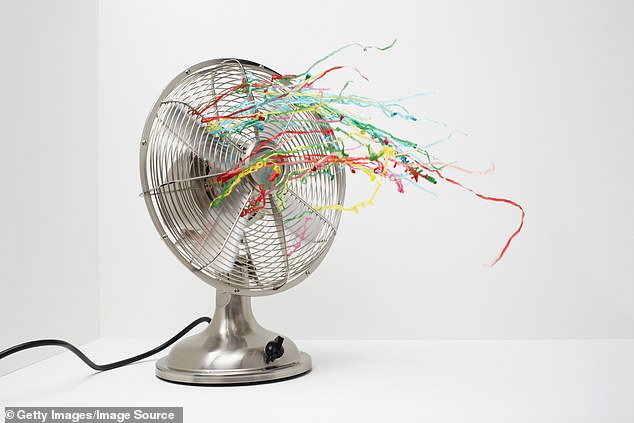 For countless women, the menopause is a development that could relieve hot flushes, night terrors, anxiety, rage, loss of libido and a host of other debilitating symptoms

There is no doubt that this will be of huge therapeutic benefit for those young women who, for example, have had treatment for cancer or a hysterectomy that can result in an early menopause. But when all the talk is focused on its routine use to ‘treat’ the menopause, then I think it’s time women — and their doctors — need to be reminded that the menopause is not an illness but a perfectly natural phase of life.

Indeed, some scientists believe it evolved because there was a greater chance of babies surviving if there were non-reproductive individuals to help parents look after their offspring. This is known as ‘the grandmother hypothesis’.

And while we hear plenty about the health problems associated with the menopause, such as osteoporosis (thinning bones) and weight gain, we also know from large-scale studies that there are some health benefits, too. A reduction in female sex hormones during the menopause is linked to a reduced risk of cardiovascular disease and breast cancer.

Yet Western women are inculcated with the belief that the menopause is something to be feared and loathed — it is seen as the failing of the female body — and an industry has sprung up to medicalise it. It is an attitude I find worrying, deeply misogynistic and informed by our society’s obsession with youth and ageing.

At its root is the idea that women are only of value when they are able to reproduce.

It is revealing that the severity of menopausal symptoms appears to vary across societies depending on the esteem in which older people are held. In Japan, where the old are venerated, medical anthropologist Margaret Lock found women did not have the same experience of the menopause as in the West.

Initially, it was thought that this was due to diet. The Japanese eat a lot of soy, which contains a plant-based oestrogen that mimics the female sex hormone.

But it has become clear that while Japanese women undergo some changes associated with decreased oestrogen, they are untroubled by them.

Similarly, women from indigenous cultures including the Mayans, Maoris and Iroquois Indians, who view the menopause as a positive phase of life associated with new-found freedom and status, don’t seem troubled by many of the classic menopausal symptoms.

This is not to dismiss Western women’s experiences of the menopause or suggest that what they experience isn’t real.

But I believe it raises questions about the wisdom of introducing a potentially risky procedure to interfere with a natural process.

What we should be concentrating on is challenging ageism wherever we see it — and especially when it affects older women.

Dangers for men suffering in silence

New research shows that men suffering from erectile dysfunction (ED) are twice as likely to be less productive at work.

Researchers from drug company Pfizer reported in the International Journal of Clinical Practice that a quarter of men with impotence struggle with their job, compared to around 10 per cent of men in general.

This doesn’t surprise me. We know that depression can result in a loss of libido and erectile problems, but equally ED can be a considerable source of distress and anxiety, profoundly affecting men’s mental health.

And if these men are struggling at work, their personal lives are likely to suffer even more. ED makes them feel ashamed, guilty and humiliated, and they spiral into depression as a result.

In my clinics, I’ve seen men who have split from their wives because they are too ashamed to discuss their erection problems with anyone and have become suicidal.

The tragedy is that while men struggle to talk about ED openly, there are plenty of treatments available.

They just need to take the first bold step and ask for help.

President Donald Trump has partly blamed video games and mental illness for the recent horrific mass shootings in the U.S. But a large body of psychological research simply does not support this theory.

While excessive use of video games can raise aggression in adolescents, it is not associated with higher rates of violence. In fact, the two countries with the highest rates of video gaming — South Korea and Japan — have the lowest levels of violent crime, while mass shootings in both nations are virtually unheard of.

The U.S. makes up less than 5 per cent of the world’s population, yet a third of mass shootings occur there. The biggest factors are drugs, alcohol and, most importantly, access to guns — something this President needs to wake up to.

Tackling obesity is all in the mind

Michael Buerk, chairman of BBC Radio 4’s ethics programme, The Moral Maze, caused a stir this week when he wrote that obese people should be allowed to eat what they want so they die early and save the NHS money.

He also said obesity shouldn’t be considered a disease and everyone must take responsibility for their diet.

While Buerk was being provocative, I understand what he’s saying — although I disagree with him on some fundamental points. 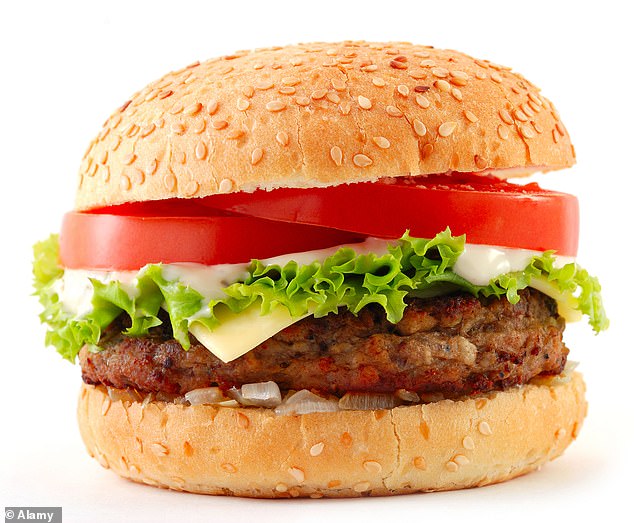 Michael Buerk, chairman of BBC Radio 4’s ethics programme, The Moral Maze, caused a stir this week when he wrote that obese people should be allowed to eat what they want so they die early and save the NHS money

Yes, obese people may die sooner, but they are more likely to suffer from illnesses such as cancer, stroke and diabetes, which are hugely costly to treat. And while I don’t believe obesity is a disease, overeating is not just down to willpower.

The majority of overweight people are ‘emotional eaters’ — food helps them deal with anxiety or depression, for example, in the same way that others use drugs and alcohol. Unfortunately, psychological support for people who are obese is very limited on the NHS. While it is readily available for those with anorexia or bulimia, obesity is still considered a lifestyle choice, rather than a consequence of multiple psychological factors.

Unless we change the way we think about obesity, there’s no hope of tackling this epidemic. The answer lies not simply in what obese people eat, but why they overeat.

Dr Max prescribes… the science of fate by Hannah Critchlow

How much control do we really have in our lives? It’s a question we often grapple with in psychology and the subject of this brilliant book.

It’s written from the perspective of the brain and covers a lot of neuroscience, but in an accessible way. It also tackles thorny questions such as: ‘How much of our behaviour is innate?’ And: ‘Are the choices we make hard-wired into us?’

The conclusion is that our brains often override conscious thought without us realising it, which is rather alarming. But it also offers insights into how we can better use and control our brains.

I’m delighted that Dame Barbara Windsor, who suffers from Alzheimer’s, is backing the Mail’s campaign to end the injustice of those with dementia having to pay for care and is calling on the Prime Minister for more funding.

Figures released this week show one in eight people now die from dementia, making it the UK’s leading cause of death.

This is going to affect us all — as sufferers or as carers — so it’s imperative the Government sorts out the care crisis now.

Lung cancer warning – what colour are your eyes? Hidden signs of a tumour in your eyes

Dexamethasone May Hinder Immunotherapy for Glioblastoma 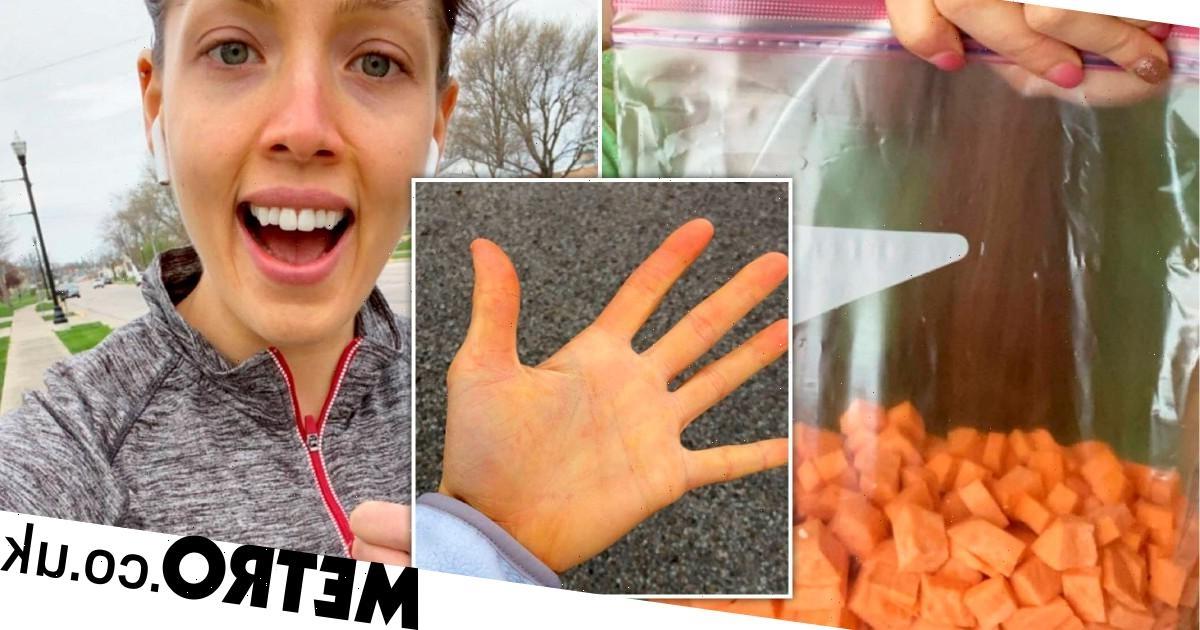