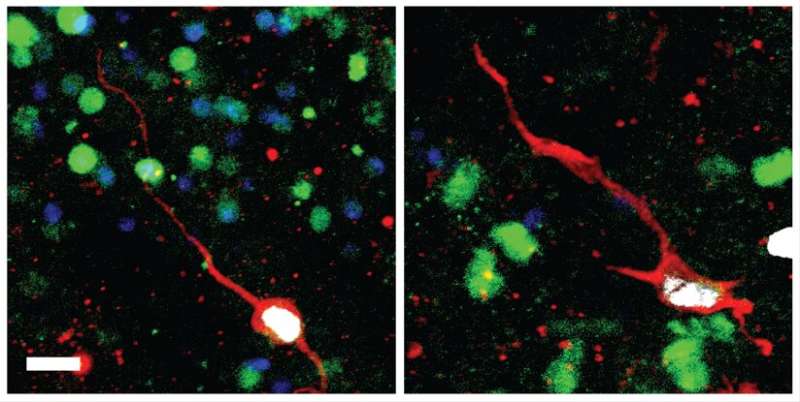 A team led by researchers at the Perelman School of Medicine at the University of Pennsylvania has used advanced techniques to show that, in a key memory region of the brain called the hippocampus, immature, plastic neurons are present in significant numbers throughout the human lifespan. The findings, published this month in Nature, hope to resolve a long-running controversy over the existence of “adult neurogenesis”—the production of new immature neurons in the mature human brain. The discovery also paves the way for the deeper study of adult neurogenesis and its roles in memory, mood, behavior, and brain disorders.

“Many mammals generate new neurons in their brains throughout their lifespans which play a critical role in the brain’s plasticity, or ability to change and adapt over time. This ability to repair itself is especially important when the brain is damaged, which is what happens during a stroke or brain injury,” said senior author Hongjun Song, Ph.D., a Perelman Professor of Neuroscience at Penn. “This plasticity is also important for understanding diseases like Alzheimer’s, which affect a patient’s memory, among other functions.”

The existence of adult neurogenesis in humans has been debated for decades. For almost a century, neuroscientists assumed that, once the mammalian brain matured, no new neurons were produced in it—the existing ones had to last throughout adulthood. Eventually, studies began to provide evidence of newly produced, immature neurons in the adult brain, in mice, humans, and other mammals, especially in the olfactory (smell) region, and in the hippocampus. Immature neurons in the hippocampus were and continue to be of particular interest, since this brain region play major roles in learning, memory and mood regulation, and are reduced in the brains of people with Alzheimer’s disease.

However, in the past few years, other studies have found no evidence of significant adult neurogenesis in the human hippocampus. It has been difficult for neuroscientists to settle the debate, because they haven’t had an easy, sensitive, and specific method for identifying newly produced, immature neurons in samples of adult human brain tissue.

Song, Ming and their team overcame this challenge with the help of two powerful and relatively new tools. The first is single-nucleus RNA sequencing, which records essentially all gene activity in any individual cell. The second is machine learning, a type of artificial intelligence that, in this case, the researchers used to sift through enormous gene-activity datasets—for mice and humans—to learn the subtle differences between mature and immature hippocampal neurons.

Further hinting at the power of this type of analysis for exploring disease origins, the researchers looked at the expression, across the lifespan in immature granule cells, of known risk genes for brain disorders including Alzheimer’s and autism spectrum disorders. They found that several of these risk genes began to be expressed in immature granule cells at ages when the linked disorder is thought to arise.

The study included the identification of the hippocampal progenitor cells that derive from neural stem cells and, in turn, give birth to new granule cells. These experiments indicated that the progenitors are relatively scarce, but serve as steady sources of new granule cells, which mature very slowly, over time spans of a year or more.

Is Cheryl's 'extremist' workout actually safe? We ask the experts